Welcome to the underhive!

Now due to the PS4 version of Necromunda I got the urge to paint some goliaths for necromunda and rather than the usual 90's bright colours I decided to go down the route of dark and grimy which is how the game looks and I really like that. 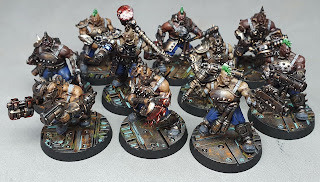 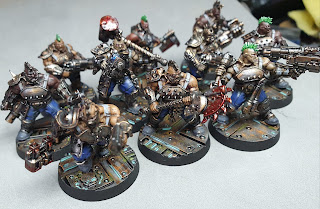 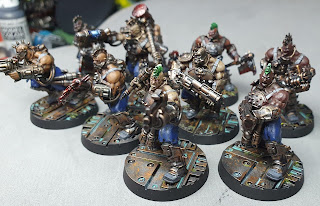 I've armed the gangers pretty much how they come out of the box as the forgeworld weapons were not available however I am considering getting a second box so that I can have some options and also use them in ZM games as crew for the ship.

I'm also looking at the croc type thingie as well but will have to wait until I've got a bit more of my back log sorted out.

That being said I've "aquired" some K47 British that I'll be painting up but will need to chat with Spencer to decide on a theatre of opertations for the colour scheme. 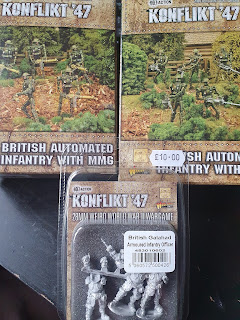 Rather than the "usual" stuff for an alternative WW2 system my fetish with robots continues!

So lets have a look at the pledge for the month of September...

quite a quiet month for myself life has been quite busy and the PS4 has once more taken up more time than I expected however I've 2 large models that are nearing completion so October will have some sexy stuff!

I've also got a bit of a terrain bug at the moment so as part of Operation Finish that Fucking Model I'm adding some bits of terrain that I've had kicking around for a couple of years for Starwars legion.

Until next time stay safe and don't lick other peoples dice!