Once again the year is flying by and already we have hit April with the sunshining if it stay this way it'll be an amazing summer!

However this is the British weather we are talking about so who knows what'll happen!

Painting wise its been a bit of a quiet month with most of my time painting 30K smurfs and some other odds and sods.

Lets get started with some Ruskies for K47, Phil wants to do a game at Derby Worlds towards the end of the year themed on Kursk. Expect lots of tanks for this one! 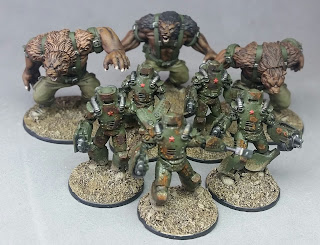 Next up is some alien type chaps from CP models over in Hinckley I'll be using these for This is Not a Test and other random systems that I tend to wander into. 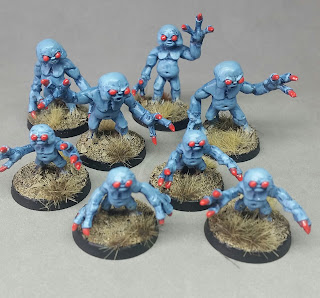 All was going good pledge wise until I played a few games of AoS with Kris and suddenly I had bought 70 savage orcs and that was the end of that!

normally I go negative when in the month of April due to Salute and I've a feeling that as I'm going as a punter this year that will certainly be the case.

So I need to pull out some inner crazy Anton and blast out the savage orcs as well as some other bits so I can make a dent in the pile!