Well talk about being well timed!

Not only have I painted the necrons in time for Forgebane, the codex has been leaked looking to drop at the end of the month!

So from the initial batch I've now added quite a bit..... 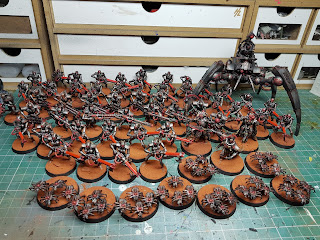 so I've added another 22 warriors, 10 immortals, 5 death marks, 9 bases of scarabs an overlord and a converted cryptec 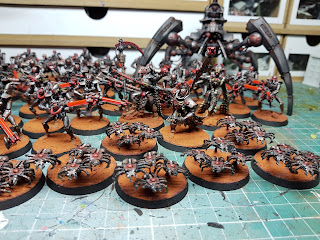 the scarabs are way out of production forgeworld models, had these for a while to be honest so good luck finding these, I've another batch in my stash! 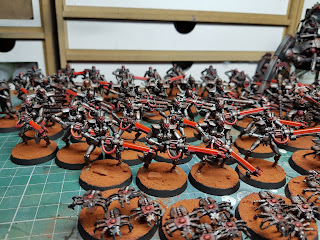 to mix up the warriors a bit more I got some female torsos and used a bits service for the legs and guns, cost more than a box of 12 but I figured why not! 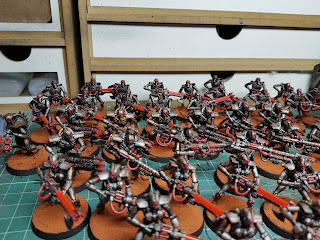 the death marks I kept with gauss as I like the guns and they aren't too shabby in the index. 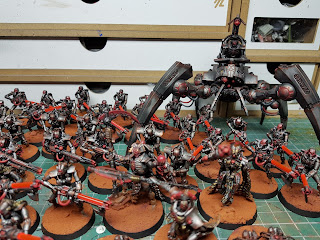 the converted cryptec I got from the same place as the female torso's but of arm swapping and it was good to go!

for those interested I got the bits from these guys,

turn around was fairly quick to be honest and the quality is spot on.

points wise (until the codex drops) this gives me about 1300ish, all I need to do is take the warrior units up to 20 man units and then start picking up some funky toys which no doubt will come from the forgeworld range as they have some lovely models!

mind you that not forgetting all the bits I'll get from forgebane and ebay will be flooded with necrons with people selling there left over bits!
Posted by Anton at 11:00 No comments:

Well in the words of Rastamouse Whatgoon!

Well for most of Feb I was adding to my necrons and doing some buildings ready for a demo board for Hammerhead which then was cancelled due to the snow! 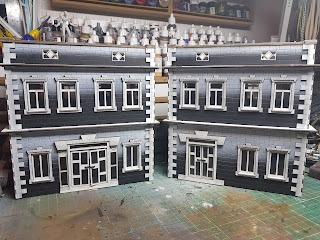 The theme of the board is black and white inspired by the comics, Lee's idea and to be honest a bloody good one at that!


So the first two test buildings were done and it was a matter of rinse and repeat for the other three, 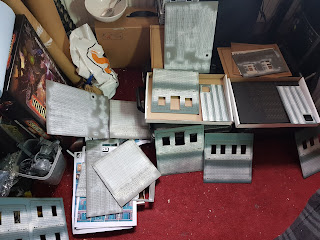 Lots of black and white! 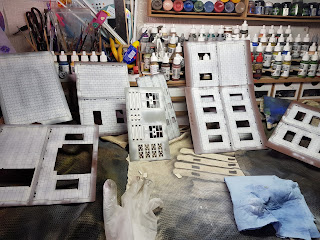 Once they are all sorted then I'll do a complete show of the table, Hopefully I'm able to get to the second date of hammerhead!

The necrons I'll show off at a later date as I've just finished off the last batch ready for the codex to drop. So far I've focused on the troops and basic stuff nothing too fancy.

However the other thing that has been stealing my time has been my super shiney 3D printer! 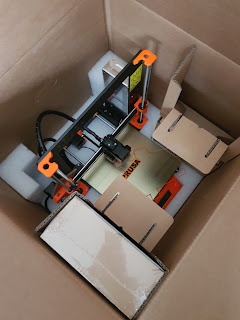 So after going back to school I've been running this all week and getting some great results from it! 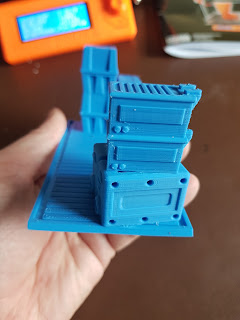 this was one of my first prints, and learnt quite alot from it to be honest, 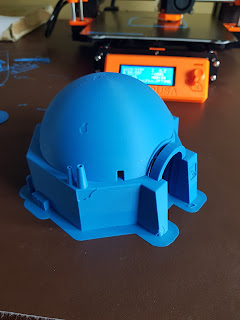 the desert building took ages however it looks sweet, all I need to do is suss out a way of finishing them off so that I can remove the printed lines 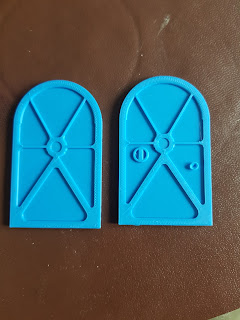 the devil is in the detail and even the doors look great!

So with all this distraction and the fact work has been "entertaining" the pledge is in an interesting place...

what a come back! super happy with that and hopefully March will be just as successful with the positive numbers!