as its the silly season, aka running around getting stuff sorted and then monging in front of the telly eating crap and chatting shite to people you only see once in a blue moon.. I figured I'd better get "something" done.... 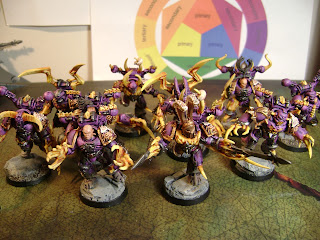 now I trusted the colour circle thingy (thats in the back ground) for a opposite colour for the purple and it looks pretty good personally, the orangery yellow was a right bugger to paint but after a bit of trial and error it came out lovey 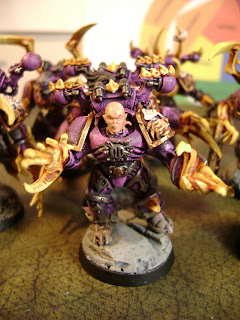 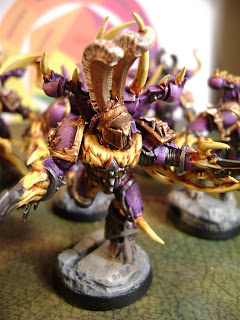 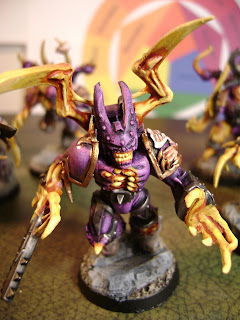 I'll be stealing two of the choosen for a kill team that a chap from my local shop has written, over all it doesn't seem too bad some cheese has already emerged and I'm sure that'll be stomped out or people won't bother playing them! anyhow link to the rules and all that gaff..

One of the guys has mentioned that he'd fancy trying his hand at infinity and as myself and Spencer (who hasn't updated his blog for months) really enjoy the game I've decided to dig out my old stuff and crack on with some finishing off,

so this is whats done at the moment... 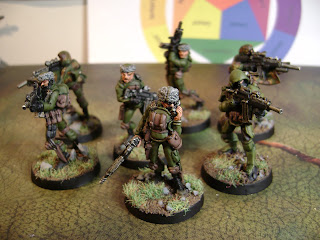 some repair work is need on these bad boys! 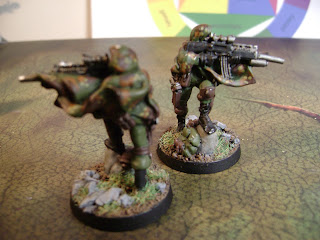 and the "new" batch I've had most of these for ages but with the new interest in the game I'll get these banged out before I run the demo, so you've got...

that lots gonna take me way past the 200 points that we normally play but the models are so cool and it'd be rude not to paint them up, 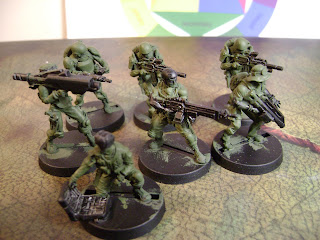 but I feel that I might be picking up even more as in between leaping around in front of jay's xbox Kinect myself, Dave and Spencer where looking at various bits for our respective armies, mine being Ariadna, spencer having nearly every model for the Yu Jing (mostly in the blisters!) and dave getting his claws into the new kids on the block Alpeh, but we'll see how it well it goes down at the local shop.

Now as I've not had a challenge Ant for a while and with the Grey knights looming in there drop pods Spencer wants me to do a step by step on the following model.... 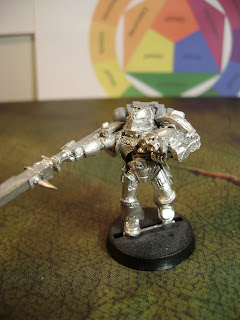 I think once I've done that I'll wash myself in bleach like in the crying game, bloody imperial marines AND grey knights!!

So I made it! I painted more than I bought and boy didn't I buy & paint alot!

So highlights painting wise for me was...

I've a feeling that I'll be getting more into malifaux and IF the legions codex ever arrives then contining with my chaos, I'll more than likely finish off the retribution and continue to get told what I should be doing with them...

But the curveball will be picking up a napolenic army, more likey the Frence as Lee plays the British, but we'll have to see on that one as there is alot of models needed for one of those armies!

and most importantly play more fun games!!
Posted by Anton at 19:30 1 comment:

Raiders of the lost archon...

well its been an intresting week....

Came down with a wicked cold that knocked me off my feet workwise and gaming wise, I had to cancel three games! thats a rare moment for me.

but I did manage to get a bit of painting done 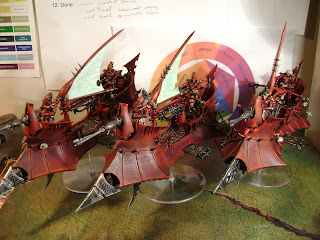 Now for what ever reason I decided to paint the three raiders at the same time? and they look "ok" 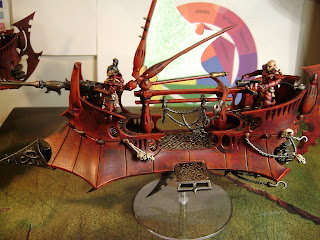 tabletop wise they'll look fine, when you look at them up close the ink didn't quite have the effect that I wanted, and the big flat panels where a ball ache to get right, as for the white sail I tried it quite a few times keeping the paint watered down but the actual brush marks made it look shit, so I decided to ink it with green and then use a sponge to give it a mottled look.

I might go back to then and do bits here and there but I just wanted to get them knocked out really,


Now these guys where lovely to paint, and after spencers suggestion with the horns on the helmets aka get rid of them, I think these look so much cooler! 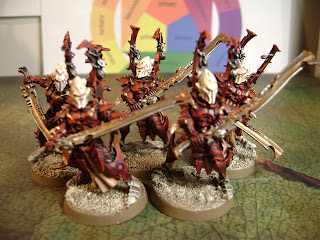 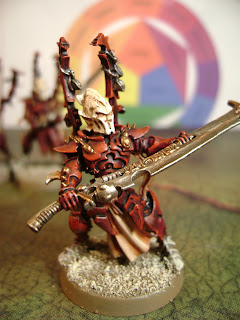 So a 99% finished lilith just go to do the flag on the base and she's good as done, might use her as a witch leader though as she's crap against T4 space marines! 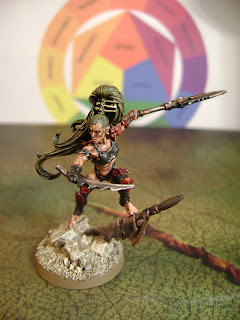 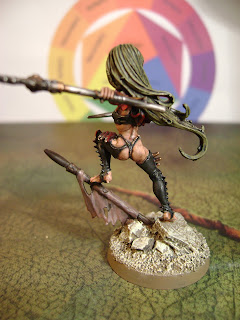 and the Archon just the base to do and again he's done and dusted! 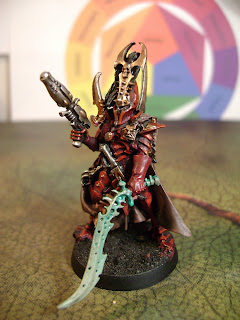 So after a three week break, the "machine" is back, just in time for a shag load of time off work over the crimbo period, that should give me enough time to get finished what I've been meaning to do for a while...

Well I've managed to get bugger all done in the last two weeks....

this is mainly to do with being a lazy ass and catching up on all the American hotrod & choppers that I've missed, thrown in with a bit of "V" the new series and that put an end to painting for a while!

However  every cloud has a silver lining and thanks to some ambush alley action against Dave a couple of weeks ago I decided to grab myself a crashed huey from the battlefront range and use this as a day of the rangers objective for the downed super six four black hawk, so that shouldn't take me long to bang out... (in theory)

But whilst grabbing a little bit of me time inbetween "real life" I've stumbled across some real gems...

this looks awsome! a real contender for a titan size warmachine for 40K!

nicely done and they also have some funky looking swords as well.

but this one really has got me thinking.....

Grotesque? replacement... either that or a oblit conversion waiting to happen!

But the real surprise over the last couple of weeks was the response to the venom conversion I posted some pic's on heresy online as well as warseer and From the warp wanted a collaberation post with regards to the dark eldar some how I managed to clock over a thousand hits from that one artical alone! now in geeky terms thats made me well proud!
Posted by Anton at 01:12 4 comments: