October overview - death from the skies!!

Once again a blink of an eye October has flow by!

What a month it was as well!!

I went on a bit of a purge with some of my Gates of Antares stuff that I don't use and decided to re-invest that into more GoA stuff that I will use ;) 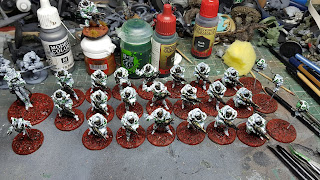 So after some pondering I decided as I'm now so good at painting white I figured why not and the isorians would become the white death!

A quick test paint was followed up by a usual Anton batch painting session and hey ho I've a skirmish force ready to rock and roll!!

Not content with a new force I decided it was time that I finished off some odds and sods that I've had kicking around for a while.

with an up and coming Burrows and badgers game I threw some paint on some models and hey presto another warband ready to go, including a big ass bear that I need to write some stats up for if I ever decide to run the system as a demo.

Not content with some Burrows and badgers I also had a bit of a terrain making phase and threw together some area terrain that I've had sitting around in a box for a while. 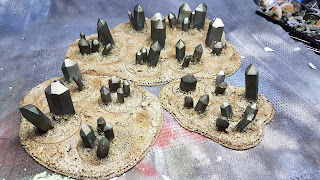 all I need to do is get some flock on the base and that'll be all sorted,

But this month wasn't all plain sailing.....

and after much bum clenching I managed to switch out the hot end of my prusa and get it fired back up, much to my delight!

so now that the printer is back up and running I figured it would be rude not to make some headway into the warlord.... 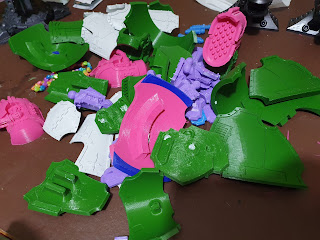 so its been running full tilt with the armour plates, however this amount of time has given me some reading opportunity and I've decided to paint the warlord and the reaver in Mortis colours.

Not content with all the work done so far this month I moved my attention over to the droids from star wars legion clone wars and the basic starter set was done reasonably quick ready for a demo night in a few weeks,

and as one of my followers on facebook pointed out these might have a touch of Russian green, well maybe....

And then onto the grand finish for the month, I've had these two models kicking around for a while and I eventually plucked up the balls to crack on with them! 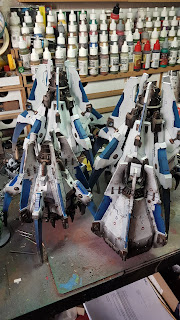 comparing to the other drop pods they are huge! 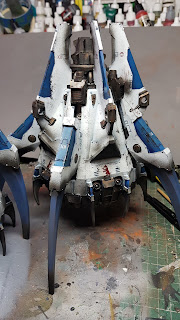 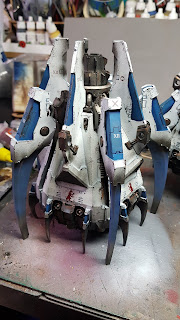 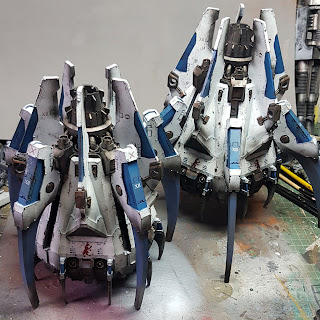 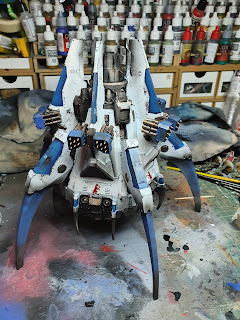 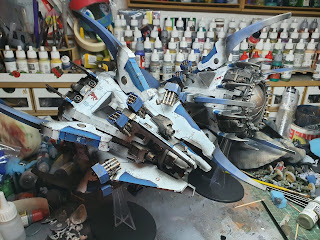 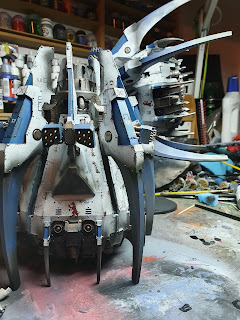 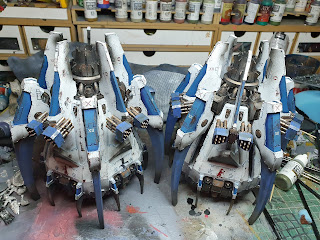 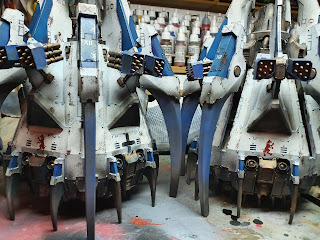 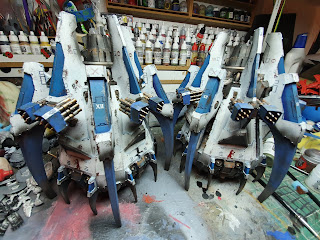 so all decaled, weather and armed with weapons these are finally finished and I'm very happy with how they look, I just need to suss out how to transport them to games!

So lets have a look at the pledge...

now for the month of November I'm not too sure what to focus on models wise, I'd like to get the clones done for starwars and the rat themed gang for burrows and badgers. But apart from that I'm not too sure, Maybe I should start on the warlord for the end of year project.....