The May Round up,

Well its a bit late but hey ho, its better late than never!

It flew by and its was a month of mixed projects,

So I painted some crooked dice Ants using a zenith highlighting then with some washes shot through my air brush, 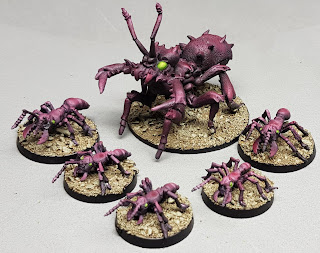 real quick and easy, and looks pretty good, Ironically I did these and GW announce the contrast paints which I'm looking to paint a whole lot of skaven with to speed up them!

other bits and bobs that I did was a 3D printed 40K container, 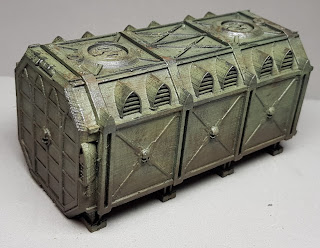 looks ok and will do for scatter terrain for the ZM board, only down side to this piece was the print time!

and talking of the ZM board the doors have been sorted out so I can say that the 3x3 is finished!

The only other thing that I've done is a test paint for the orbital assault list that is next for the world eaters. 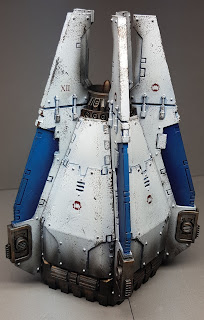 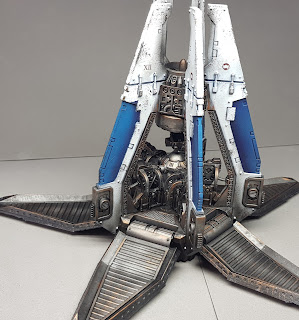 just another 5 to go!

So its been a reasonable month with regards to painting....

however due to a superb deal from Dan, the bought pile flew through the roof!!

However lets see what happens for the month of June even though we are half way though, so best put down the PS4 controller and pick up a brush!