Well with skynet being still down, I've had not distractions in the evening so I've been painting like a nutter!!

So I'll start off with the Uruak Hai, you've already seen the initial 10, I've now managed another load done so I've now got 10 pikemen, 10 swordman, engineer squad, captain and Lutz.

not too sure on points but I think that should be enough for a get to grips game, 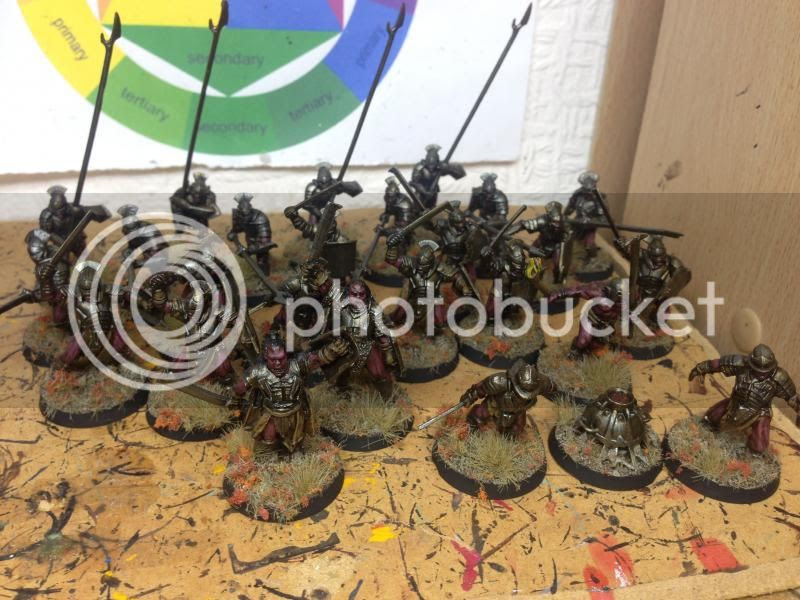 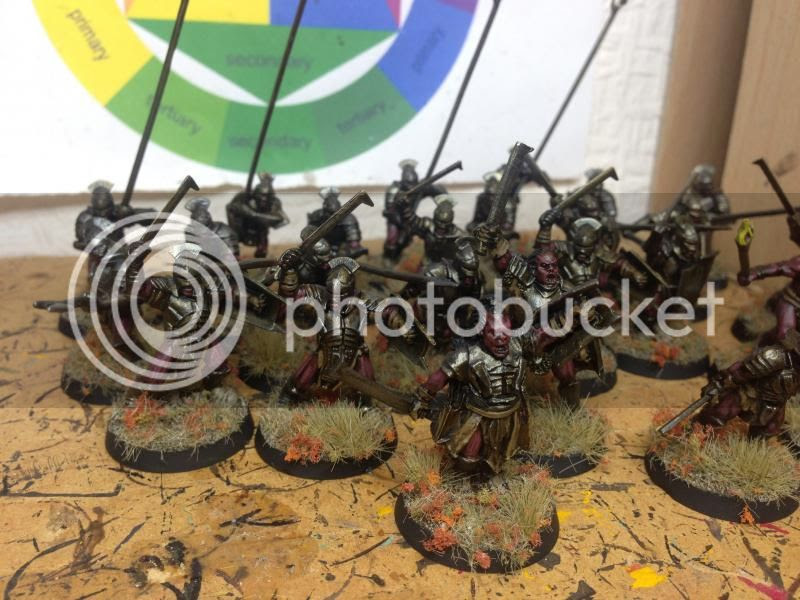 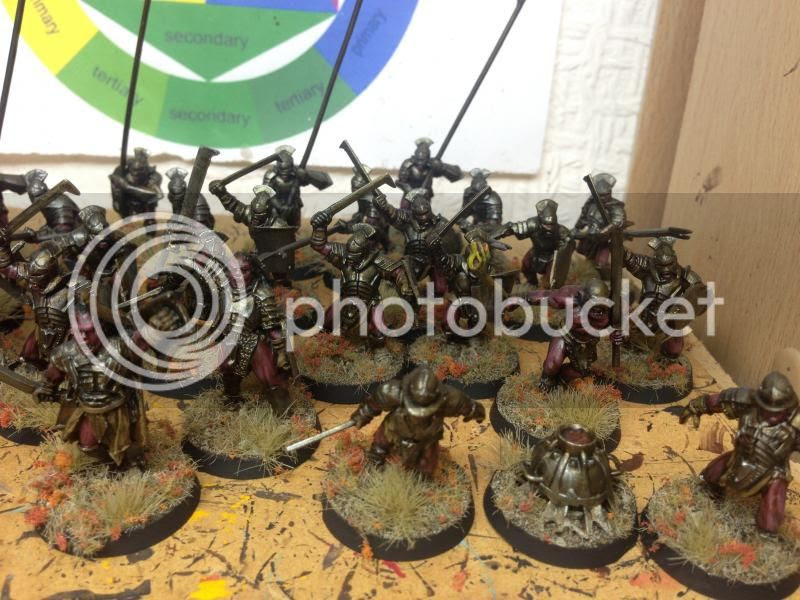 As I've not played Lord of the Rings properly before any tips ,tricks or additions would be gladly welcome!!

so lets not stop there! and I finished off my orcnar for Relic's and the whole pack together with the original guys as well as the new guys, 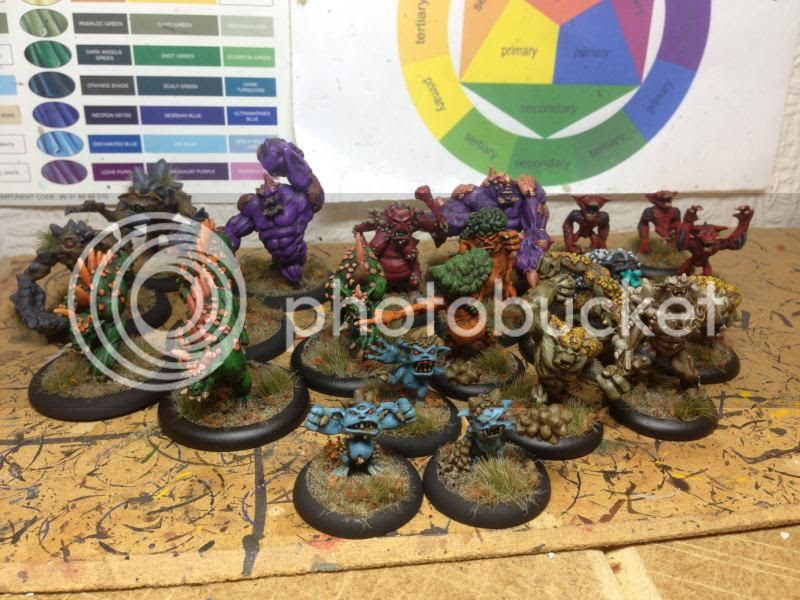 half a unit of Nappa's, just need another three of these and they'll be legal! 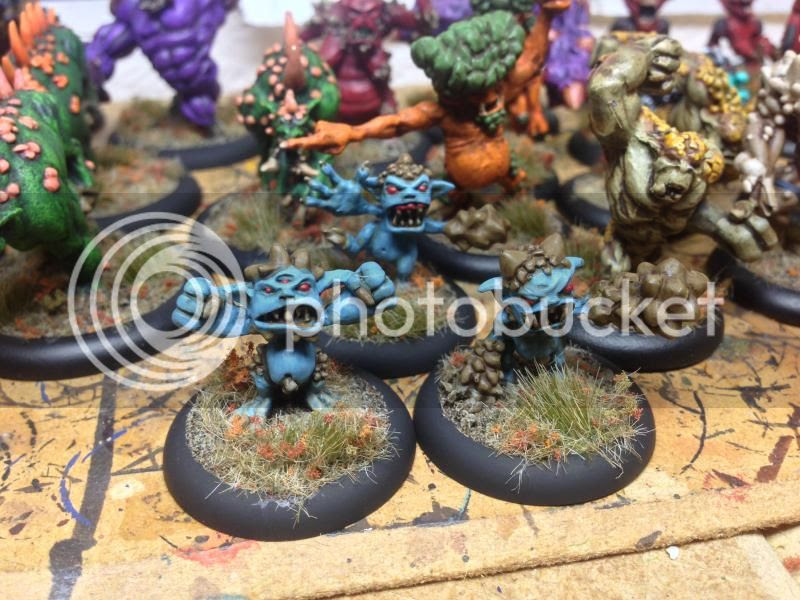 A couple of anglide, I tried these against Kris and they did fairly well as bullet magnets! 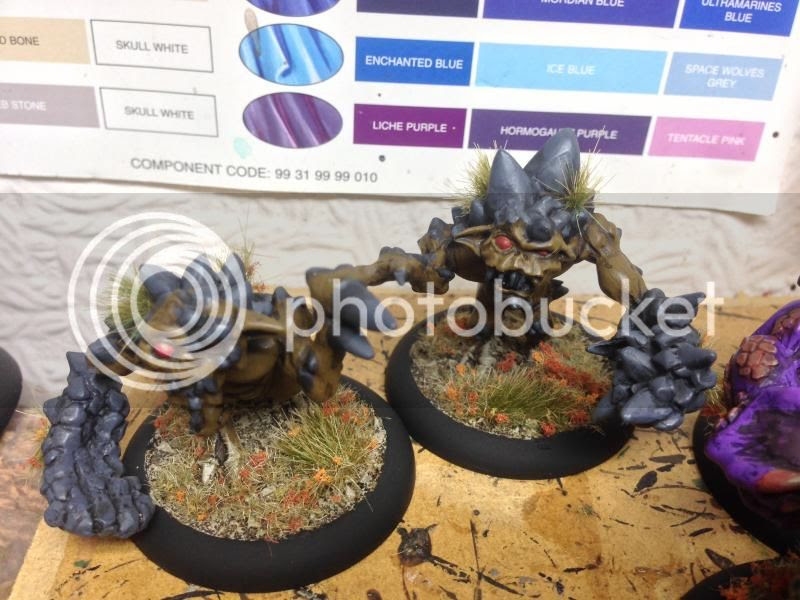 Spatga, yet to be used on the field of battle but I'm eager to get this out there and see what he can do 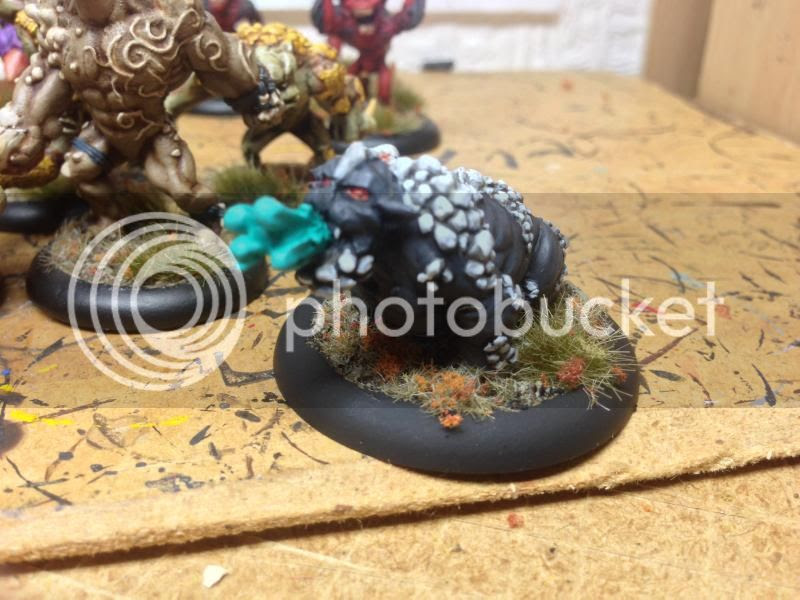 Ealmoder, this "thing" was superb and the lick it better skill is superb! 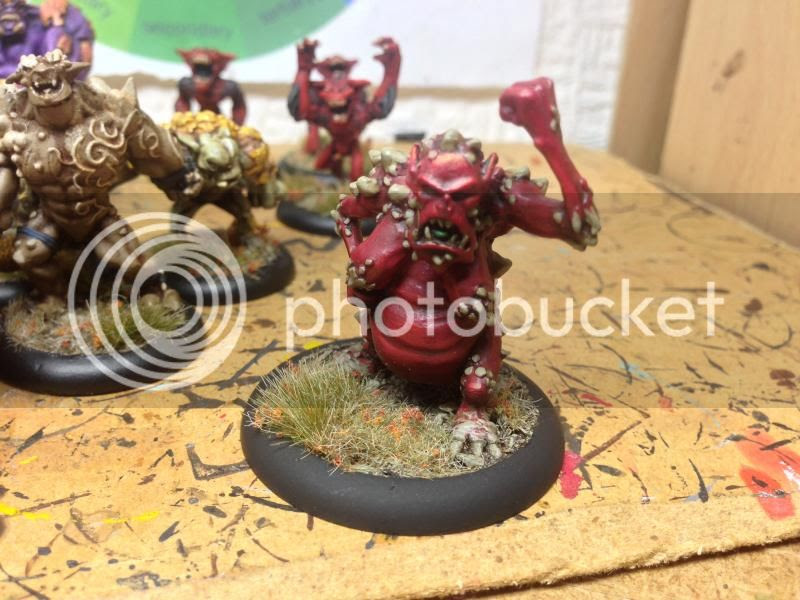 With this lot now done I've ticked a goal off the 2014 list, I also posted these up on the relic's facebook page and have been asked to apply for the Rangers program, only issue is that I'm already a Crusader for Prodos so time is limited!

So not content with one goal ticked off the list I then grabbed the Gremlins that have been sitting on my windowsill for quite a while and splashed some paint on them, 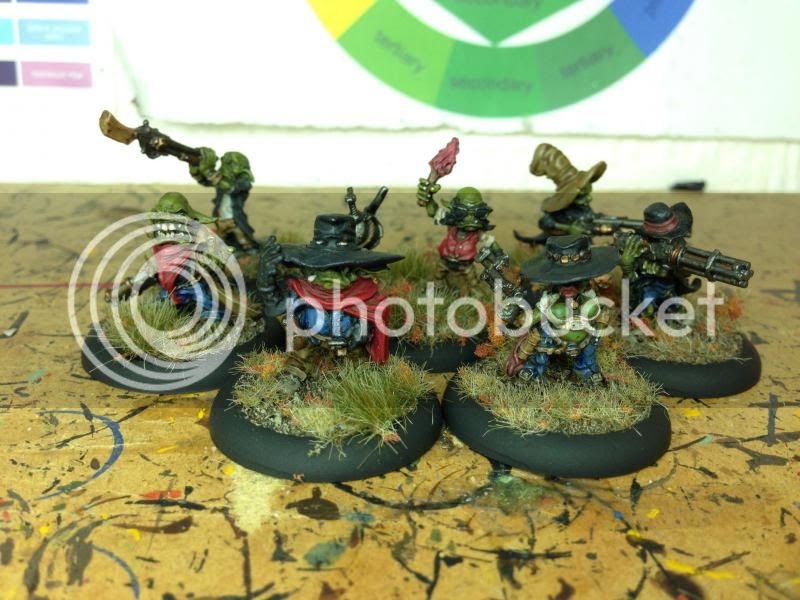 these were superb models to paint and a tad intimidating as they have loads of detail that is crisp. 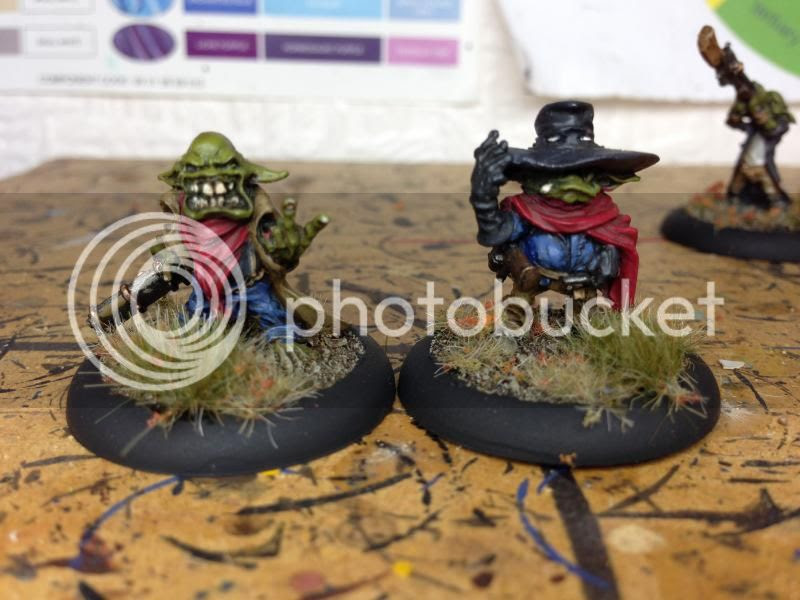 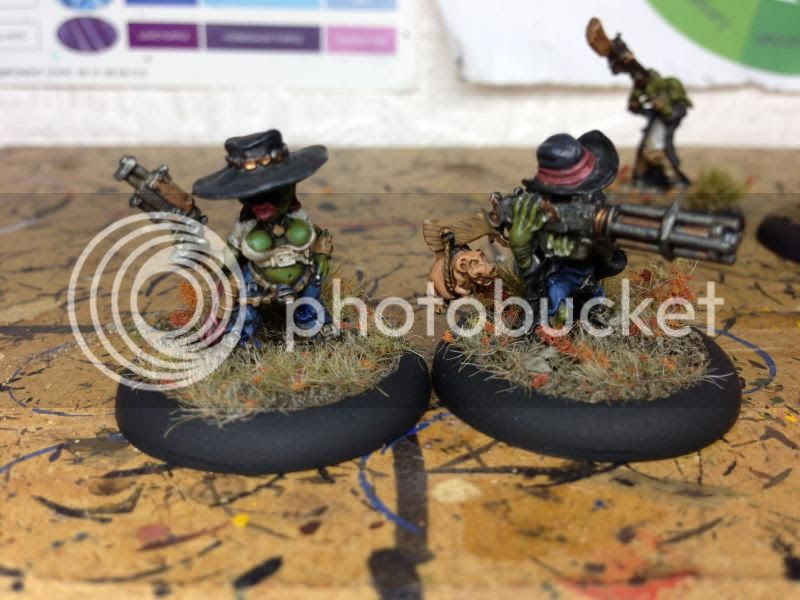 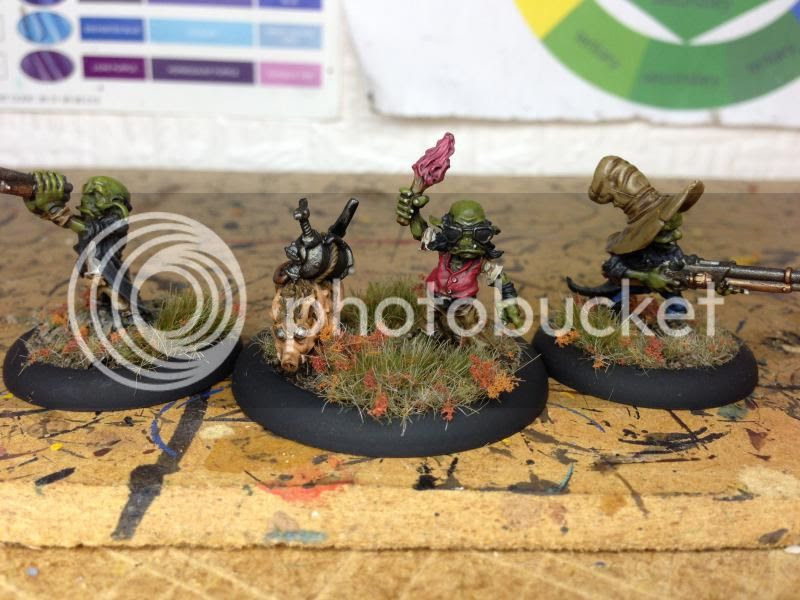 I've plenty more gremlins that are shoved in a box somewhere, maybe I'll get them all done at some point but there guys will do in the mean time.

So then the wild card that is kings of war, I've not actually played a game since the battle masters torney last year and with it coming up soon I suppose I should actually get a game of two in so that I don't stand there trying to workout what is going on!

I did some bartering on the mantic forums and ebay and managed to pick up some golums and gargoyles a while back and have been shoved in a box probably along side the gremlins! In a moment of madness I decided to blast out the golums. 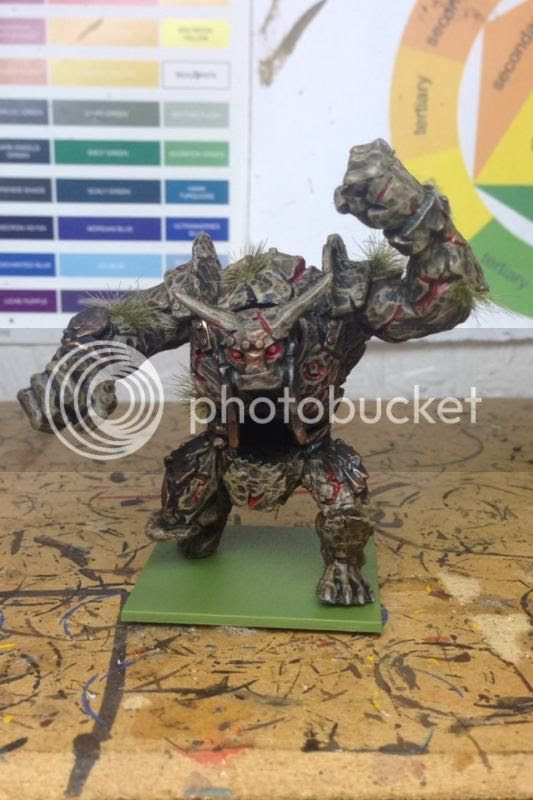 I was a tad unsure with the colour of the rockskin and rather than the mantic black/grey I went down the normal stone look, the tufts were a flash back from when I painted Kurts trolls a good couple of years ago, after some feedback from facebook and my muse known as Kris the red veins/cracks were the finishing touch, 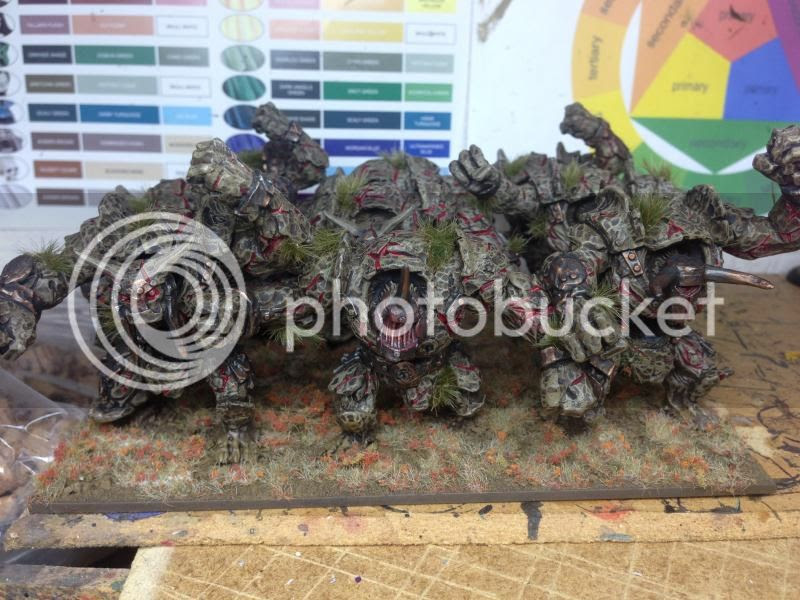 I'm hoping that the chaps over at either portal or loughbrough will give me a couple of games so that I can sort out a different list from last time,

now I'd love to say that the blog will be updated on a weekly(ish) basis as usual however the beast that I bought has a faulty power supply unit, so off it goes back to ebuyer and I'll steal Nadines laptop in the meantime! 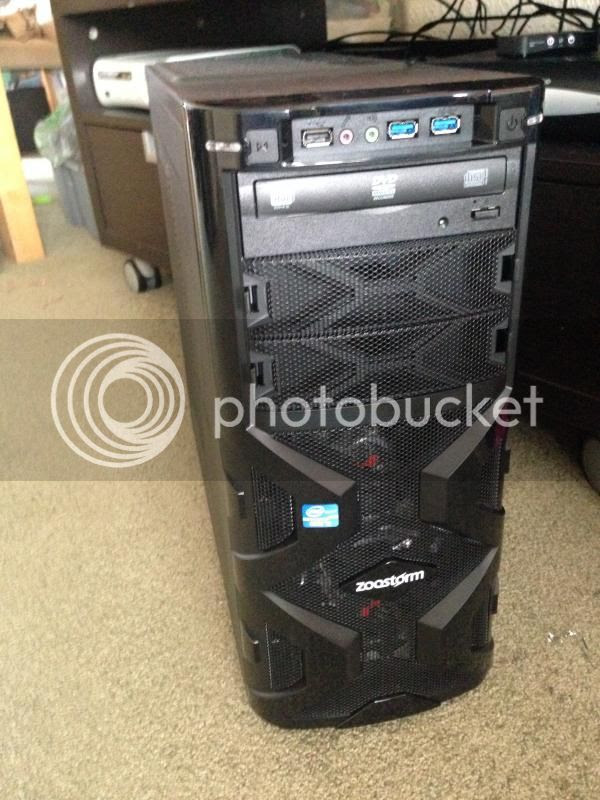 Well that's all folks until next time!

Super six four is down…

Well it had to happen eventually and my trusty Aldi PC has bit the dust,

It served me well for the last 8ish years, however it does mean that I get to go PC shopping!!

Until I can get this sorted out then my usual posts will be far and few between, using blogger on a iPhone is a tad tricky!

In the mean time I've picked up a small lord of the ring Uruk hai force and this on is Salma's fault!! 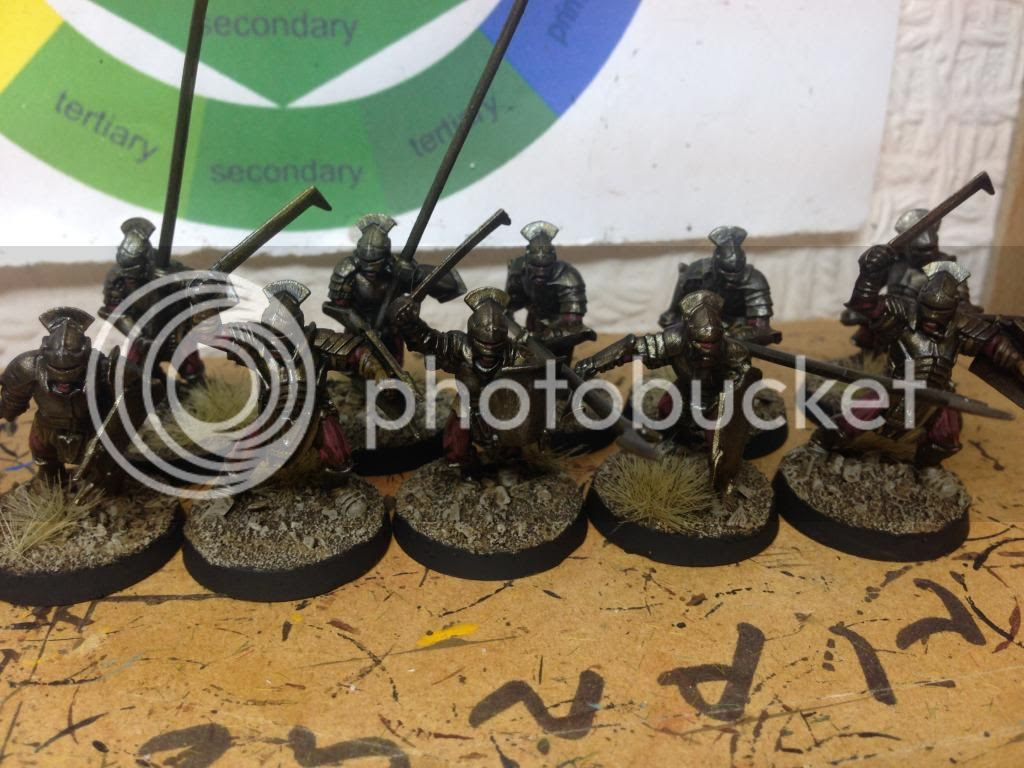 So myself and Lee wandered over to Portal last weekend and educated the fine chaps of Portal Gaming,

So the old jungle table was dragged out for all to see, 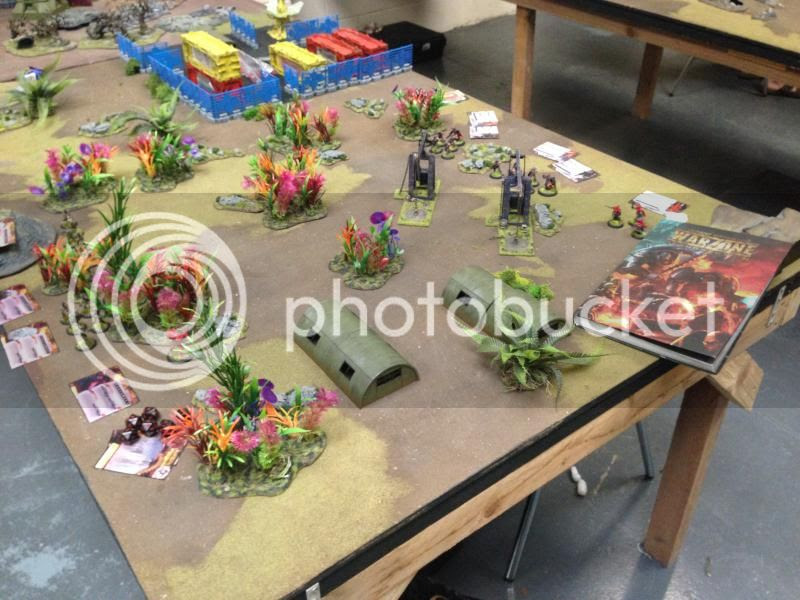 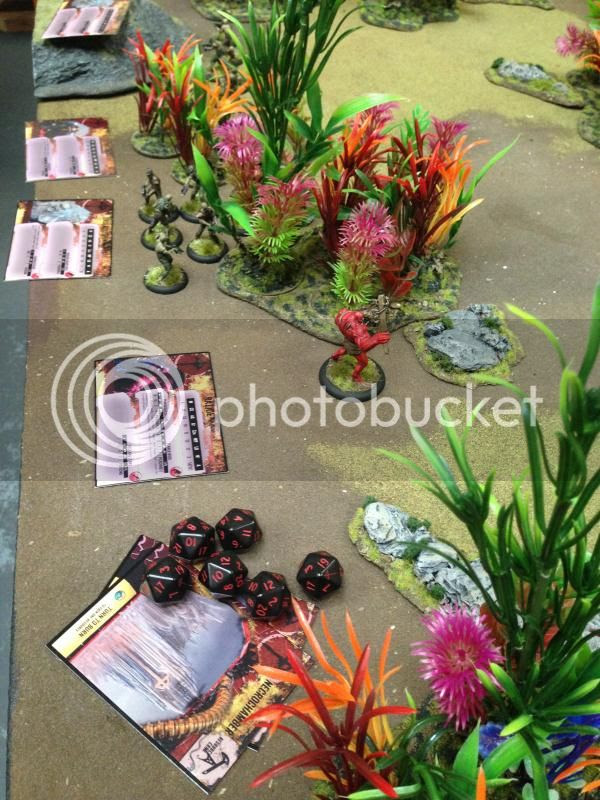 we brought enough scenery and models for two tables of demo goodness!

So lots of pretty pictures of the tables from the day, 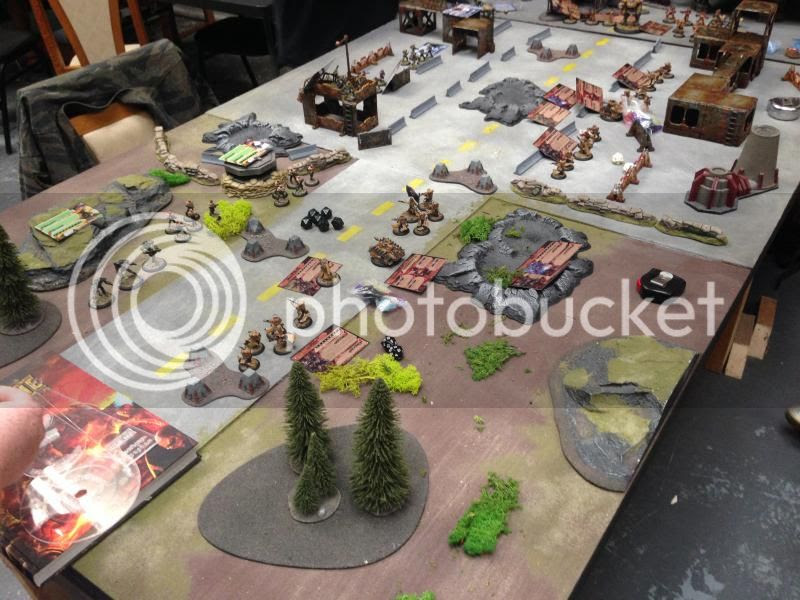 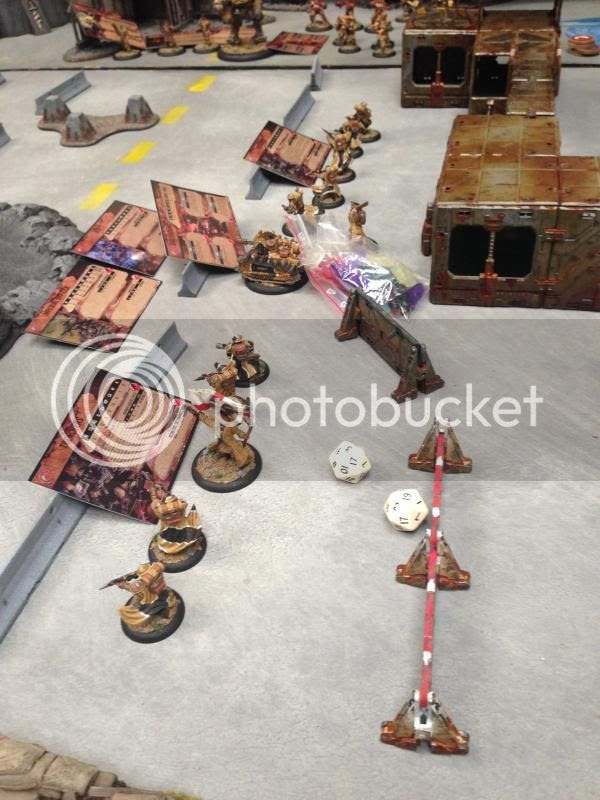 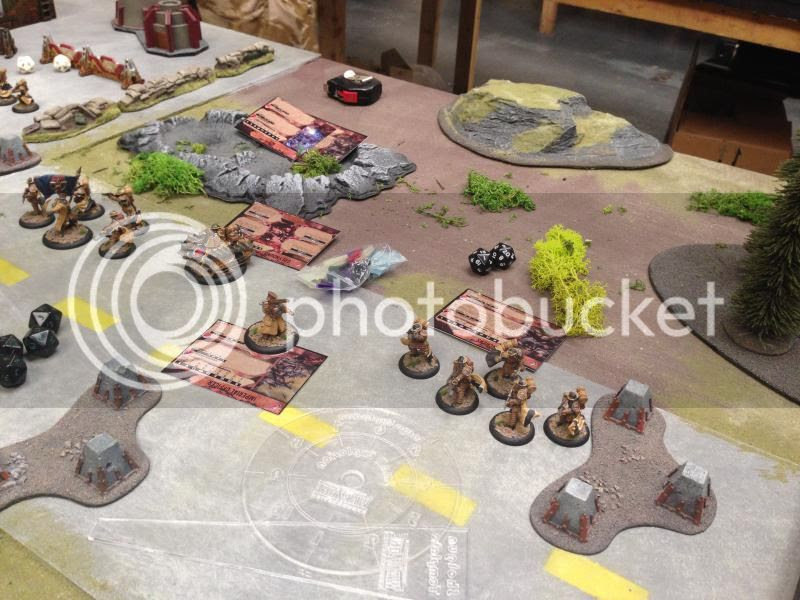 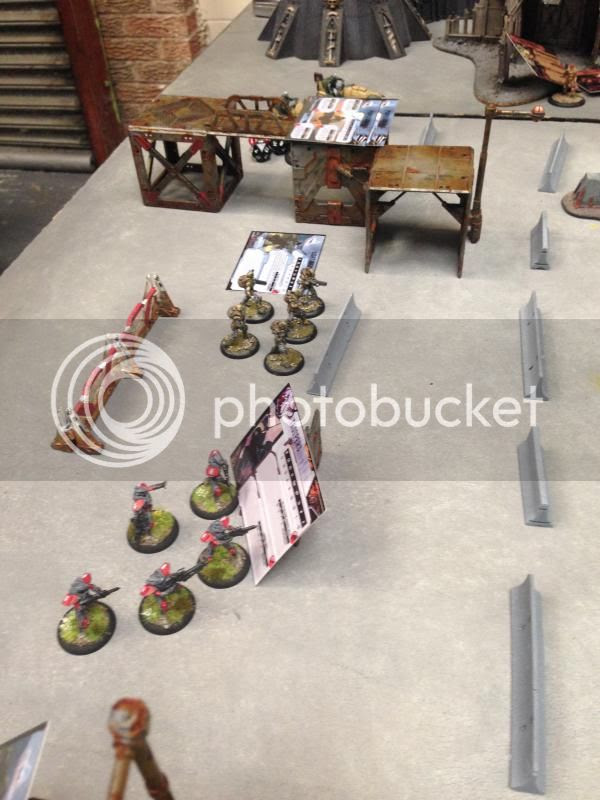 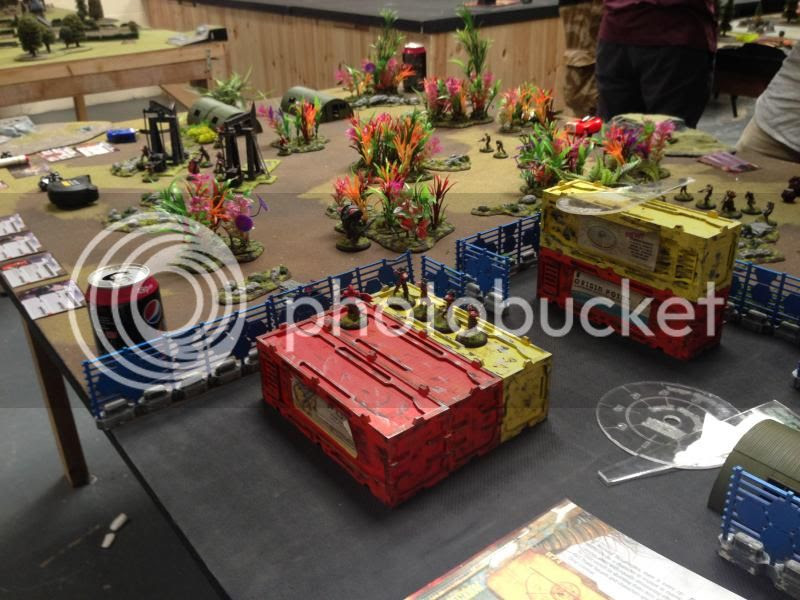 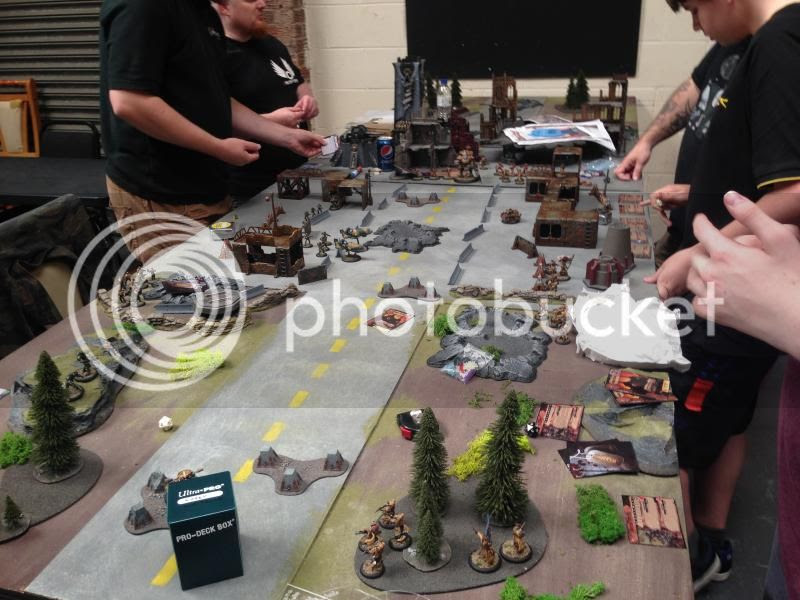 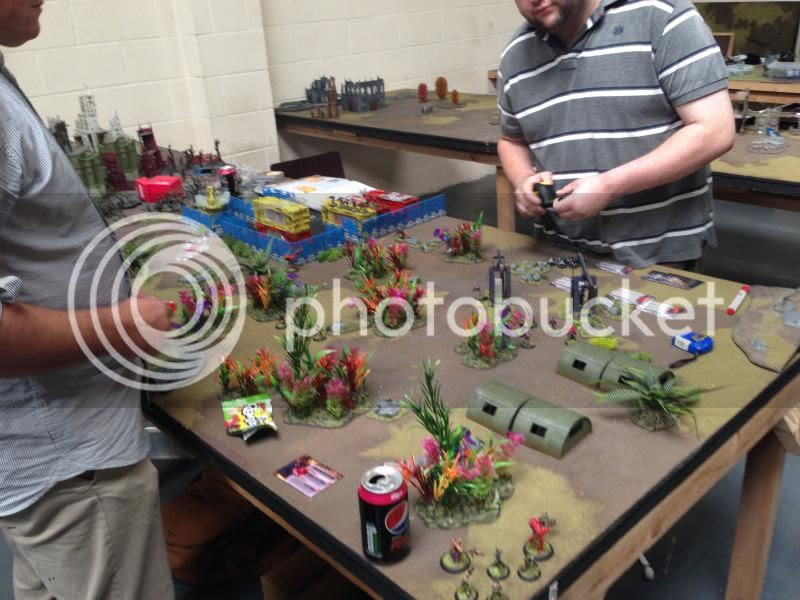 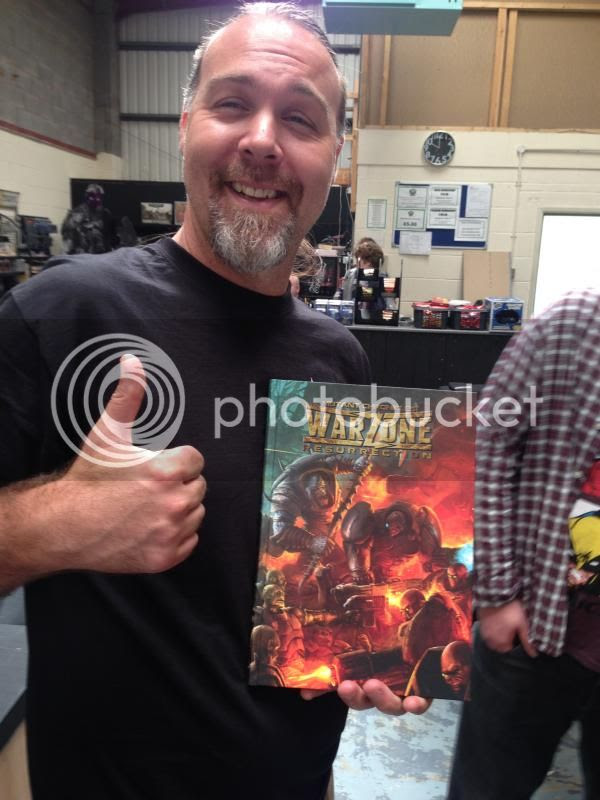 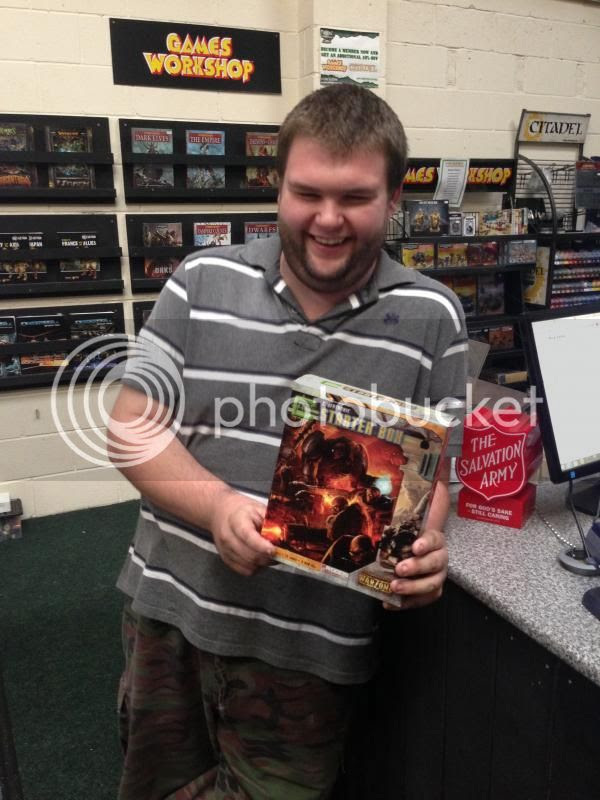 The nice chaps at Portal put a cybertronic starter set up for grabs and Ben managed to snag it!

So between myself and Lee we clocked up about 7 demos thoughout the day, not bad for the 1st outing!

So if you know of a store or gaming club that would like demo session simply let us know!