So I promised pictures of the Deathguard Forgeworld Terminators, well here they are still warm from the apocolypse game on sunday, Typhus and his boys caused havoc on the rear of the battleline chomping there way through 4 units in the end, the only wounds that typhus took where from his own deamon weapon!

now depending which way you look at this it could be a good thing or a bad thing...

I'm going to build a plague tower.... I've got the theory in my head what I'm going to do, I'll get some child like drawings done and get it rocking!!

So far for the Nugle part of my evergrowing chaos army I've managed to get the following done...

But as I'm a "bad man" I've already started putting the noise marines togeather and I'll get the traditional test peice done first and see what feedback I get from the "usual" suspects.. aka Spencer & Ross!! 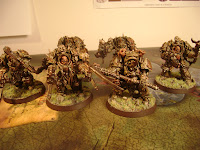 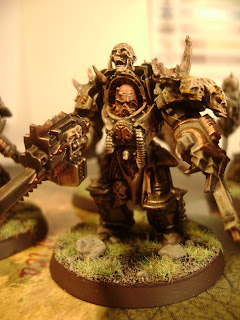 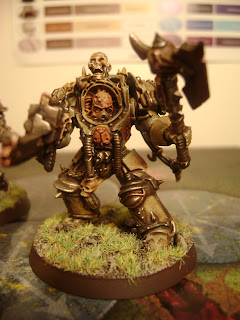 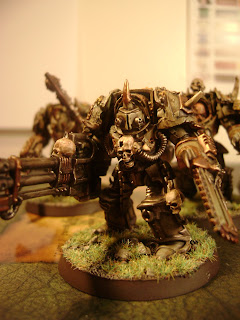 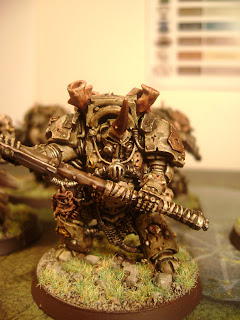 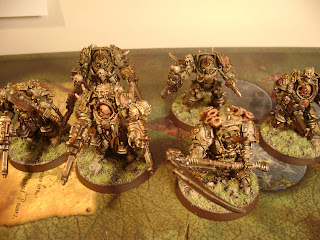 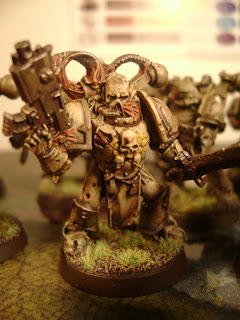 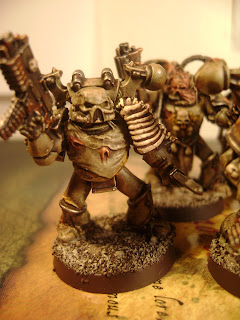 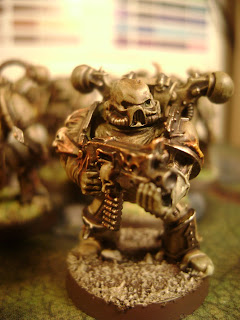 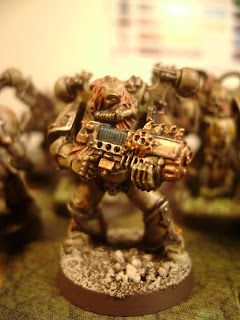 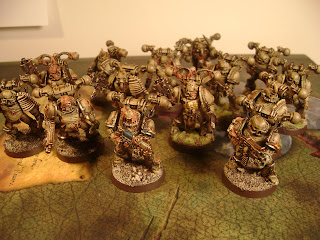 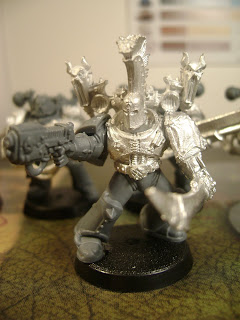 Well its been awhile since I've last updated the page, in my defense I've been playing way too much world of warcraft recently and add the fact that I've picked up a PS3 (for HD films honest!) my painting mojo has been distracted!

But on a postive note I've finally got my arse into gear and cracked on with the Nurgle Terminators and with the "magic recipe" they only need basing and I'm well chuffed with them, just hope I've not missed the compo!

When these are based I'll show them off to the world and crack on with the nurgle 40k army that I've had lying around for a couple of months now!
Posted by Anton at 14:18 No comments: