Well hasn't the month of June just come and gone in a blink of an eye!

I've managed to achive quite a bit this month with the Bushido gang that I picked up from expo,  getting loads of planes done for CY6, and putting some finishing touches to the celts, doing some odds and sods for the ever expanding epic army that should really be put to bed now!

With the release of wrath for warmachine I'm back on the full throttle steam jack system, I stole my Khador back off one of the guys and as I mulled over them I decided to "restart" them by stripping back the old stuff that I painted a good 9 years ago, reason for this is that there is a number of Khador players at the local shop and club and most of them have painted there armies in the tradational Khador red, and a couple of them look very nice, so I've gone for a alternative scheme that keeps in with the theme of Khador and the "russian" look... 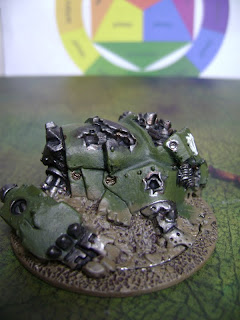 So rather than painting an entire warjack I opted to do a wreck marker that has been sitting in a blister on my painting table for about 3 years!

With it being a wreck marker I could be quite rough with the painting and get a general feel for the scheme, 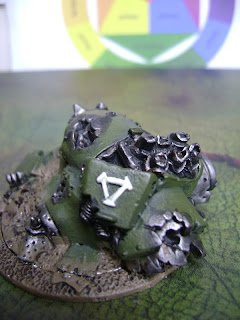 So with that done and I'm quite happy with the russian tank green look I splashed some paint on the new kid on the block for the Khador, the Iron Wolf... 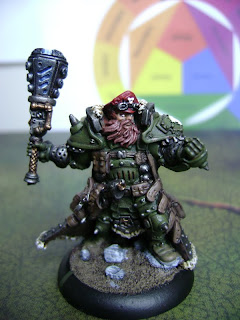 I'm not sure on the read cap but it is starting to grow on me and does hint towards that the khador red should have some place in the army, even if its the odd arnour plate on a warjack or something like that to represent replacement parts from the factorys being field fitted but not painted? 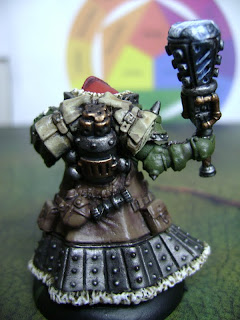 the angle that I'll see the guy from, bit concerned about the health and safety of that blanket hanging over that hot boiler! 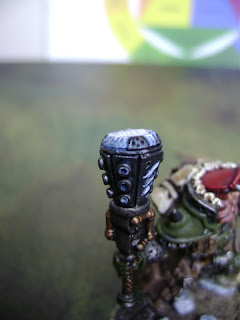 Close up of the "ice cream cone"

So onto the "pledge"

so the third month in a row that I've hit a ton, but with all the celts now done and the army dip now put away the chances of painting in those volumes are going to be tight now, but with the khador back on the painting table I need to at least try and do a 25 point army before getting distracted by god knows what...