Back to the Brushes (Well Kinda!)

Well once again a blink of an eye and the month has few by!!

So this month has been another action packed Covid-19 lockdown, yep thats no gaming, and mainly doing adult type stuff and not in a good way ;)

However inbetween all the usual bits I did manage to get some paint on some models!

Now after the amazing amount of Nid's that I painted in a very short space of time I made the mistake of switching on the PS4 and hey presto Horizon Zero Dawn was in in full swing along side Fortnite with the GC!

I needed a pallett clenser and I decided that would be some AI orks that I've had for ages! 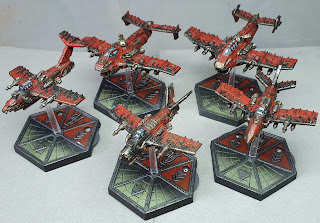 These were reasonably simple to paint and I tried something new in the way of stencils that I'd picked up from Barwell Bodyworks a while back and they are bang on!

I'd had these half done for ages but needed that final push to get them done and now that they are finished I'm really happy with them as I've not done any terrain in a while! 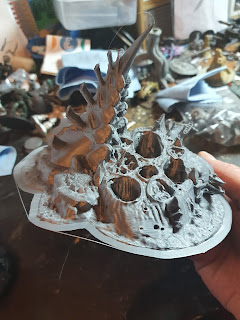 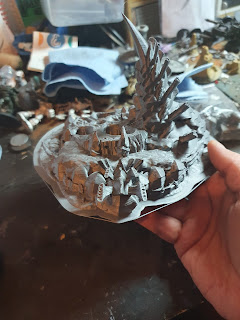 That in turn made me switch on the 3D printer and away we went with some more Nid terrain, I might have this lot painted up by 2021! 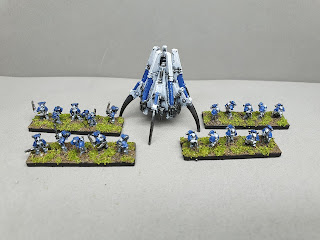 I wasn't finished at that point, I then found some 30K epic stuff I'd "aquired" a while back and decided to slap some paint on these as I'm looking to pick up a resin printer towards the end of the year so this was a test run which got the Phosphex boys quite excited! 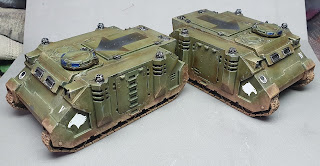 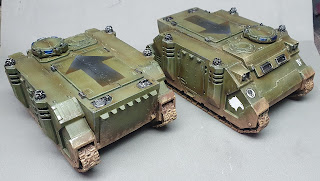 continung the "naughty" theme I finished off some rhinos for the Raptors, All I needed to do to these was the decals and weathering which didn't take too long. Ironicly the decal sheet cost more than the rhinos! 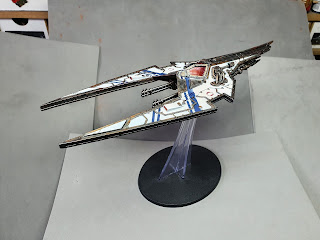 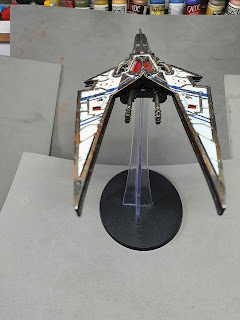 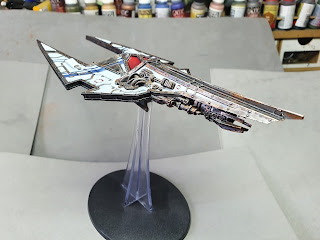 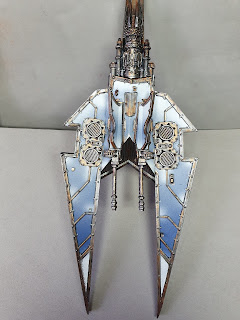 So onto yet another finish a model random paint! I've had the hell blade for a while and its a model that I've liked since it was first released, however only gifted it a couple of years ago but was hidden in the shit pit of the man cave only to be rediscovered recently!

Any way as the chances of me playing chaos in 40K are pretty slim as I don't really like some of the latest deamon type engines I decided to turn this into a ground support flier for the Worldeaters and its come out way better that I expected.

I did play about with the underside on the fighter and tried the airbrush blending techique which came out better that I expected. All I need to do is sort out a flight stand as the one that came with the model looks naff so I'll drill a 6mm hole in the underside and that should do the trick!

So lets have a look at the "pledge"

so for a really slow month thats not too bad to be honest, Now I've got some replacement glasses so I can basicly see again lets see what makes it from the table in what I'm calling operation "finish that fucking model" as I've no games lined up so don't have any motivation to paint a particular force I've jumping around from unit to unit and really enjoying the creative juices flowing again!

So till next time stay lucky and chin me muckers!