Send in the armour! - August round up

So I've been slowing chugging through the latest rite of war for my world eaters, The armoured spearhead.

In a nut shell a fuck ton of predators and that's about it, Now this started off as a bit of a mess about list but has been quite tricky to perfect so far, with some very mixed results gaming wise. 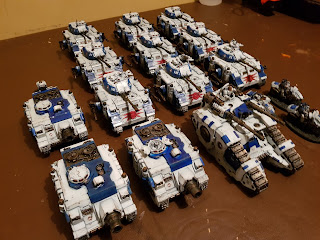 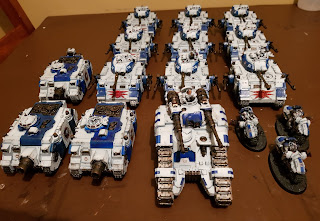 I've still a few finishing touches to sort out in the form of shoulder pads for the commander and a knife pointing hand for one of the section leaders,

So whats left to round this fine treadhead force up to the standard 2.5k, well I've a couple of rhinos and a javelin to do and that's basically it however I need to crack on with those bits before I get distracted with the scouts that I "acquired" this month!

So lets have a look at the pledge....

well its yet another shocker of low numbers from the Anton, however vehicles seem to take a fair amount of time to paint up when your doing multiples of them,

Will I get the rhinos and javelin done? who knows I'm like a hobby butterfly at the moment so lets wait and see on the next instalment of the Anarchy!
Posted by Anton at 00:38 No comments:

Well would you believe it!!


We're already into August so that means the that the Anarchy is officially 10 years old, and the most polite way of saying its been entertaining!


For all the action packed facts I'll cover off in my end of year review however in the meantime what have I been up to? 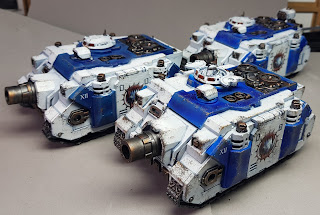 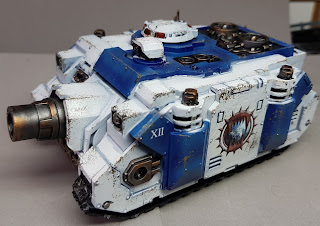 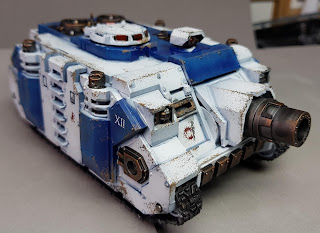 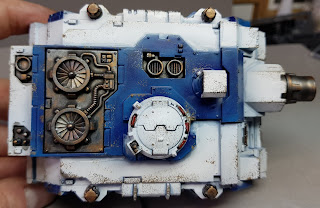 Well I've been slowly working my way though more world eaters for 30K obviously avoiding the big boy drop pod as I need to grow some balls of steel and crack on with them! 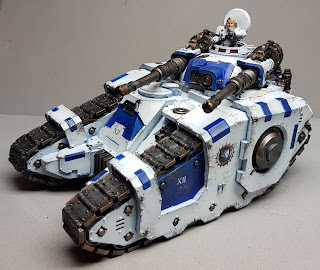 Command element for the armoured spearhead is done and dusted, apart from the shoulder pads! 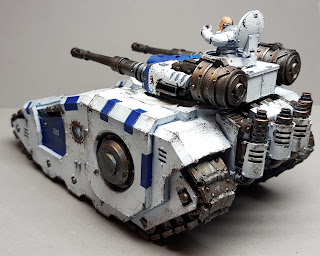 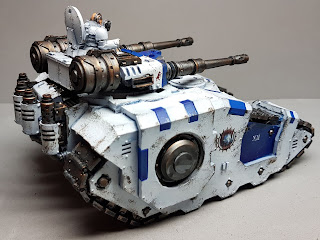 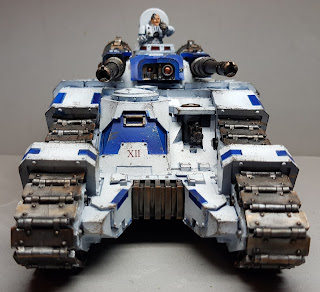 In a moment of "madness" I churned out the other 5 drop pods and 3 more predators. That leaves me with the last 3 predators, 2 rhinos and a javelin for the armoured spearhead to be "completed" for the orbital assault list I've 3 death storm pods to sort out as well as the 2 big boys and that will be that themed list "completed"

It's not all crazy ass marines I've been messing about with some old stuff I've had for a while...

Some reaper yeti's that will no doubt be used for This is not a test as most of my random model finds will be! However I've discovered a possible new system called Tribal that I'm looking to find out more about!


Once those last bits or world eaters are done it'll be onto the Recon rite of war and that I'm still sussing out the list however scouts with shot guns in storm eagles does have a "certain" appeal....

Other things I've got in the pipe line is working on Richo the Reaver in celebration of the 10 years of waffling on about all manner of plastic / resin crack! So you'll see updates now and then with regards to the build on that one and I'm also planning on getting the 3D printed warlord worked on at the same time, so that should keep me busy! 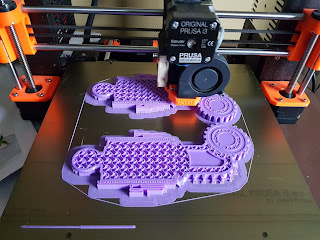 The Prusa is beasting it's way though the warlord!

and the reaver is ready for assembly!

So onto the pledge as its been a while !

I know a Shockley bad month for painting!

Still poor numbers wise but its a positive number I suppose!

Once my shift settles down at work and a new chapter begins in the House of the Anton then I'm sure the productivity will certainly improve!
Posted by Anton at 00:13 No comments: