once more time passes me by at a rapid rate of knots and managed to get the following bits and bobs done for Kampfgruppe Normandy,

Starting with the mortars by Armourfast ( review ) 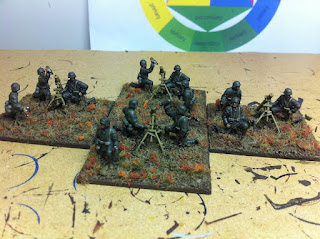 a bush with a couple of blokes behind... 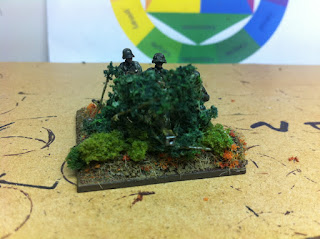 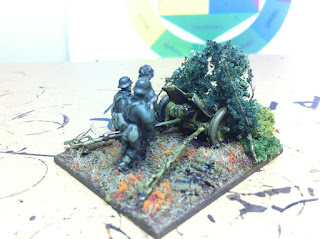 a tree with a barrel, 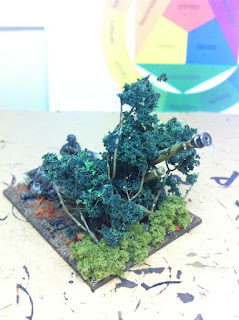 Which is a 105mm arty peice 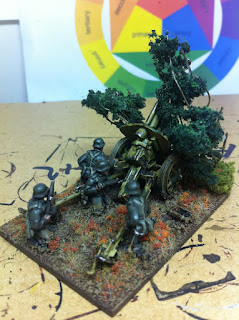 and a supply wagon with bits of tree growing out of it! 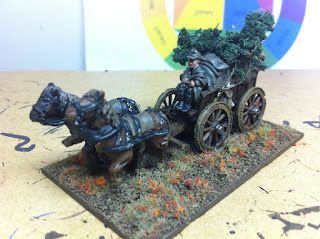 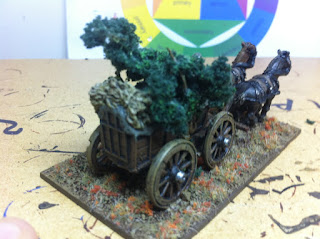 So with that lot done all I need to do for my 20mm Germans is a second unit of stugs a couple of stug 42's and 2 panthers, unit I hit Salute at the end of April and get the Americans and odds and sods for the Germans.

So with March looming I'm planning on getting the remaining armour finished as well as splashing out on a flames of war churchill armoured company. If I've enough time/motivation then I'll see if I can make some headway on the plague reaper and some other chaos odds and sods with the rumor machine starting to pick up the pace for a May release.... Just in time for my Birthday!
Posted by Anton at 20:00