All quiet on the martian front, how to paint the humans

new game, new models and some hobby time resulted in the starter set for the humans being painted.

so how did I get this lot painted so fast?

start off with priming your entire army with army painter army green,

do the rucksack, webbing and gas mask pouch in German beige vallejo 70821

London grey vallejo 70836 for the roll over the top of the rucksack,

bestial brown or flat brown 70984 for the boots and the wood bits of the gun,

pic out the metal on the gun and the flesh on the hands,

strong tone quick shade from army painter, then sit back and let the voodoo magic happen!

the do the same with gun metal grey 70863 and whilst you have it open do the tracks at the same time,

so some close ups of the force I've put together,

so points wise that's a mere 535 points, with a basic tri-pod coming it at 200 points you get alot of models for the humans however I've a feeling that these guys will die in droves!

I've a demo night planned at the Leicester Phats cats on the 31st July kicking off at 20:00, so if your about pop on over and give it a crack!

so how has this affected the "pledge" well its taking a kicking as expected so the scores on the doors!

so as usual thoughts and comments are welcome,
Posted by Anton at 20:00 2 comments:

So a couple of weeks ago a couple of chaps from Portal Gaming Centre wandered over to the Phat Cats for some gaming, I managed to get a intro/demo of 2nd Ed malifaux and really enjoyed it so I'm going to pick up a crew and see if I can get some games in either at Phat cats or Portal,

so I decided to return the favour and drag Kris over with me along with the Italians to get some bolt action loving going!

now I didn't manage to take a single picture of the game as I was whaffling so much to the portal guys however I did have the upper hand over Kris' LRDG/8th Army mix, 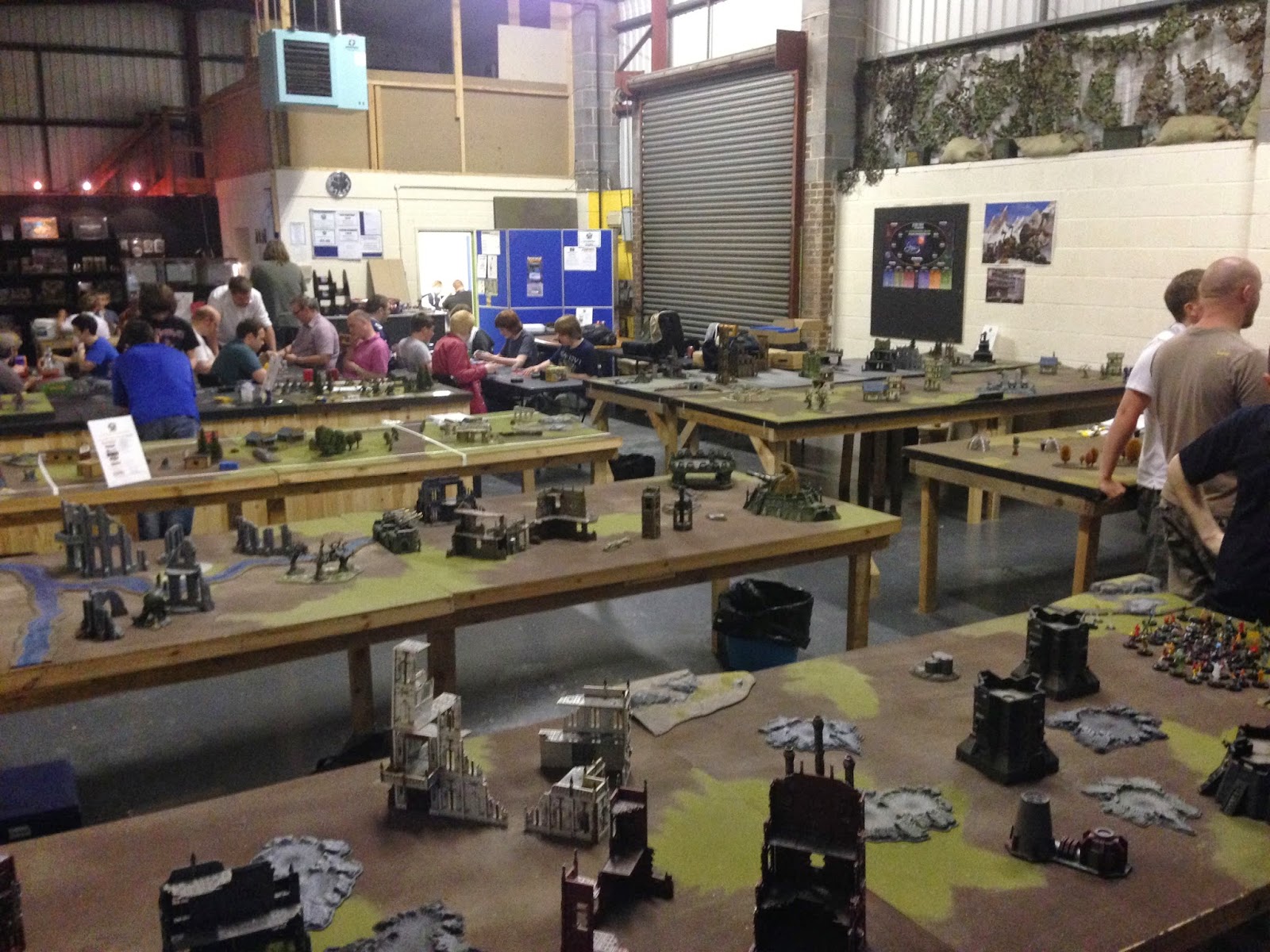 however I did manage one picure of the gaming centre, which I was really impressed by and the hourish drive is well worth it, and if your in the Burton area its well worth a visit!

So onto the Italians, and the 1000 points is done and dusted and I'm now looking to expand to a whopping 2K! 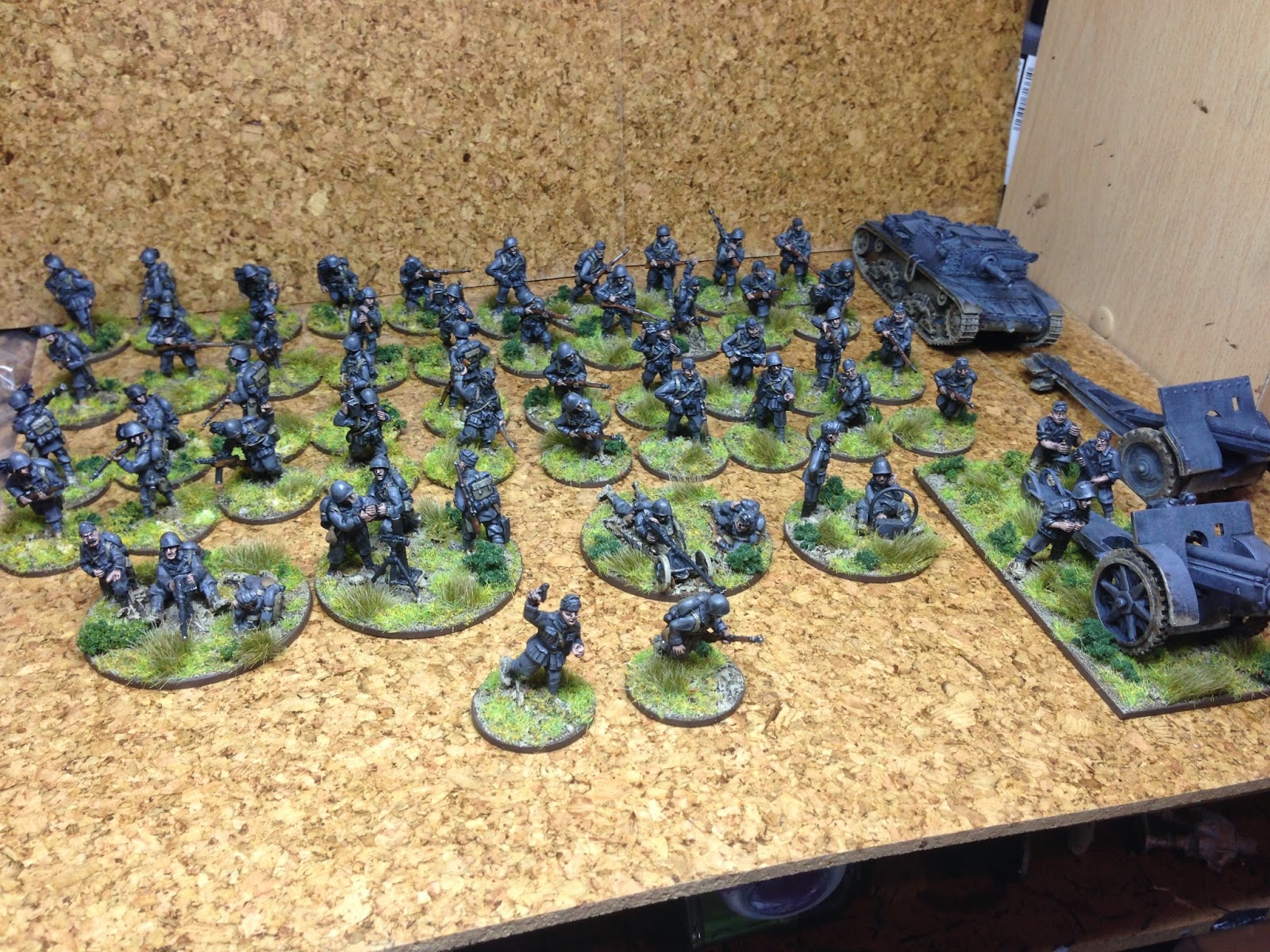 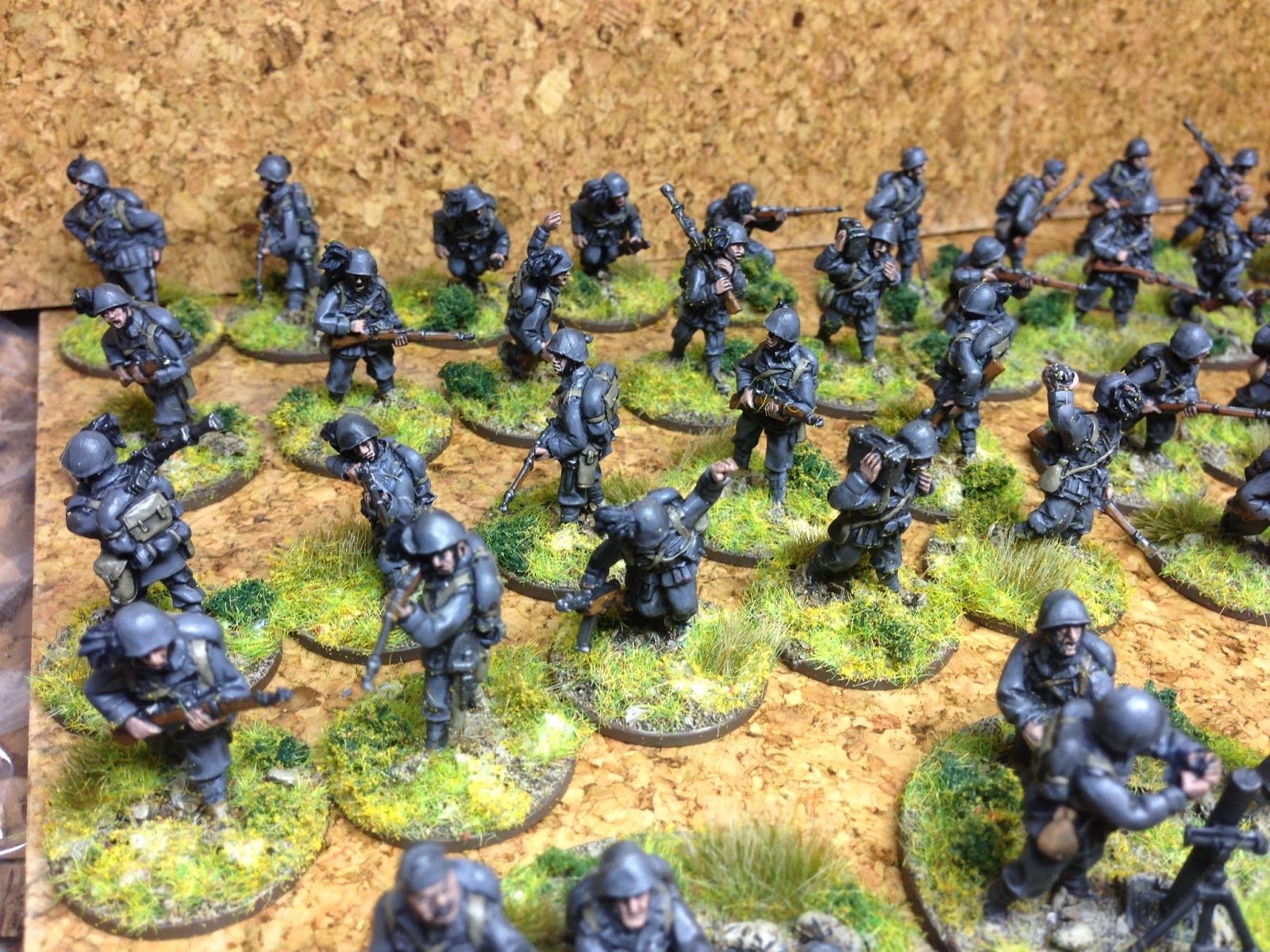 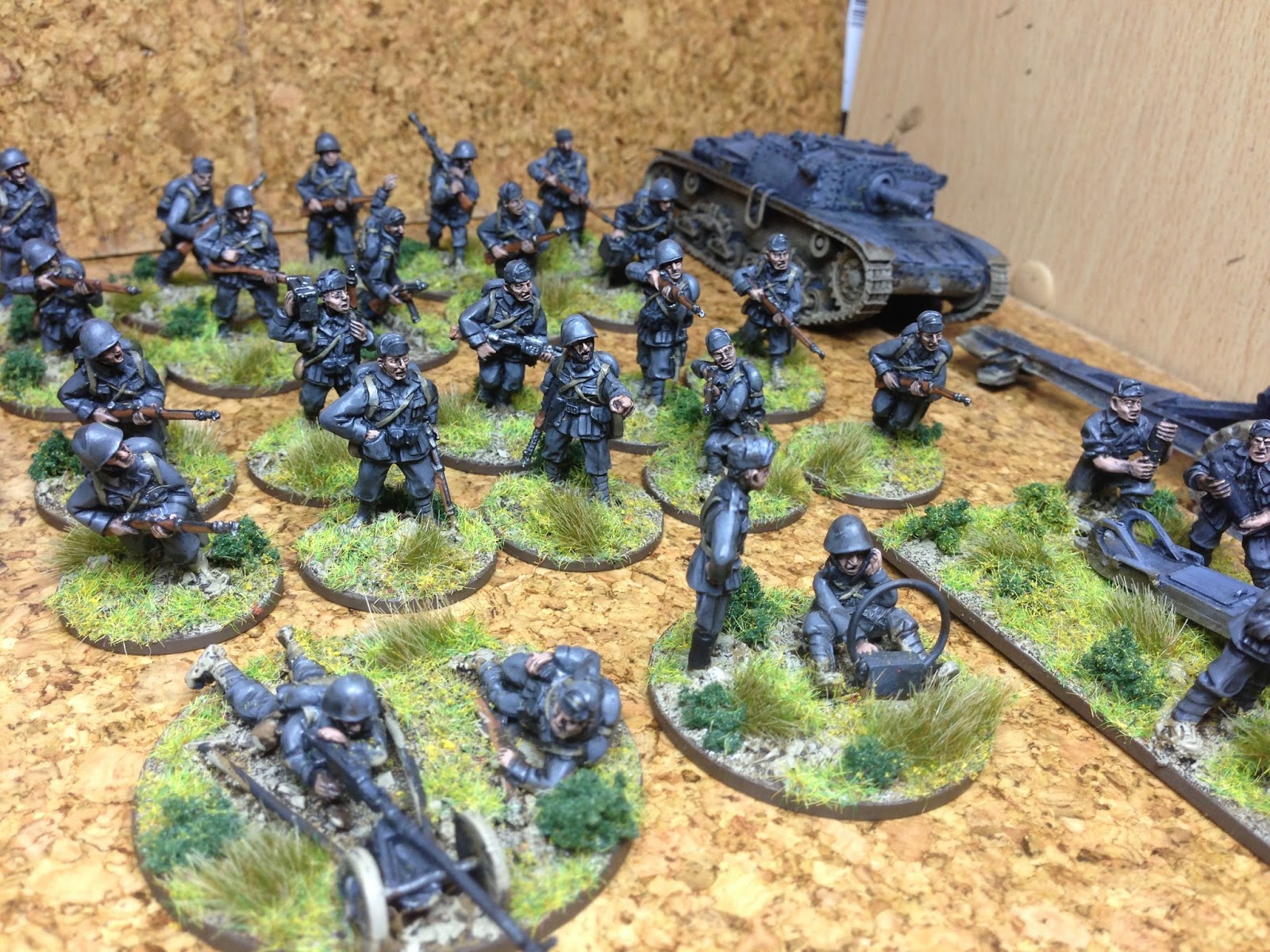 The Martians have arrived....

The nice UPS man delivered mt a substantial box, and as I chuckled like a child my own child piped up with the universal line "What's that?"

and my response was "Martians"

so after some help from my dark apprentice this was the pile of sprues that faced me.

an awful lot and it will kill my "pledge" for June! however Isla thought the posters were cool

and I let her choose one which did make me smile...

one of those "how do I explain that to grandma" moments awaiting to happen!

any way onto the good stuff...

the pod part of the tri-pod, cockpit sprue with assault, black dust and green gas options.

the tri part of the tri-pod, leg sprue now these are also the same for the scout version,

and the scout sprue, you could swap the two out depending how you constructed them.

the human Mk2 & Mk3 steam tank sprue, quite a nice "little" model and over all very pleased with it as these will be my main faction.

now the Internet being well the Internet the noisy ones have been moaning about the above, where one side of the tank doesn't have the same depth of lines compared to the other, personally its not a big issue for me but I'm sure the OCD's will be having a shit fit!

As I got dragged into work on Thursday when normally I would book a few hours holiday for gaming at the club I decided to take the martian front box of goodness into work and have a good mooch whilst on lunch and the like, however my other dark apprentice at work was eager to get something together and the gas armed tri-pod was done within a fairly quick time, bear in mind that Salma would be deemed as a novice as has very little hobby experience so the kits are very very well designed and very little flash were on the models.

I managed a Mk2 steamer, and went together lovely, again no problems with this and looks cracking,

so a bit of a size comparison, and the tri-pod is huge! could easily be used in a 28mm system if that floats your boat!

As I'd not read the rules fully and had no idea how to build an army, I simply used the quick start scenario that you would normally get in the starter set which consists of 2 units of infantry containing 3 stands each, 1 unit of rough riders, 1 unit of machine guns, 1 unit of Mk2's and 1 unit of Mk3's

close up of the infantry,

Rough riders, real pain in the arse to stick together!

its bloody massive and soooo cool!!

So inbetween operation Dad duties and the like I managed to get a look at the book, and decided to snap a couple of pics,

a great double page spread, would be a superb poster,

the organisation chart is a reference only and not the hard fast rules on how you should build your army, it turns out all you need a command element and that's it! you build your force however you like! so its like unbound from 7th Ed but without the "bullshit" factor that you'll get ;)

now within the book you have three lists to choose from, the US, Martians and BEF and it appears that alien dungeon will be bring further factions/nations to the game.

and some of the suggested colour schemes that are in the book,

painting the tri-pods should be quite simple if your going for the classic metal look, I've a few ideas myself but as I'll be focusing on the humans these won't really get painted,

So for the scale junkies out there I thought that the infantry were a tad large but standing them next to some guys that I use for grunts they look pretty much spot on.

so this is a 15mm PSC panther, yea its a sizable model comparing them both,

so the test unit painted, dead easy to paint and I'll do a further post with how to paint the tanks and infantry,

they were mainly painted by Salma as well,

all I did was explain how to do each bit and when the wash had dried then I weathered the tracks.

so keep your eye out for more on Aliens Dungeons All quiet on the Martian Front and if your interested then have a mooch on northstar's miniature's  website as they distribute for Alien Dungeon,