Getting my geek on - Black powder & Beyond the gates of Antares

Well its been a action packed week in the land of the Anton!

Last Sunday Ed whom is buggering off to the mighty RAF asked a few guys if they fancied a game of black powder.

I thought it'd be rude not to and so we got a few models out and shoved them around the table for a few hours.... 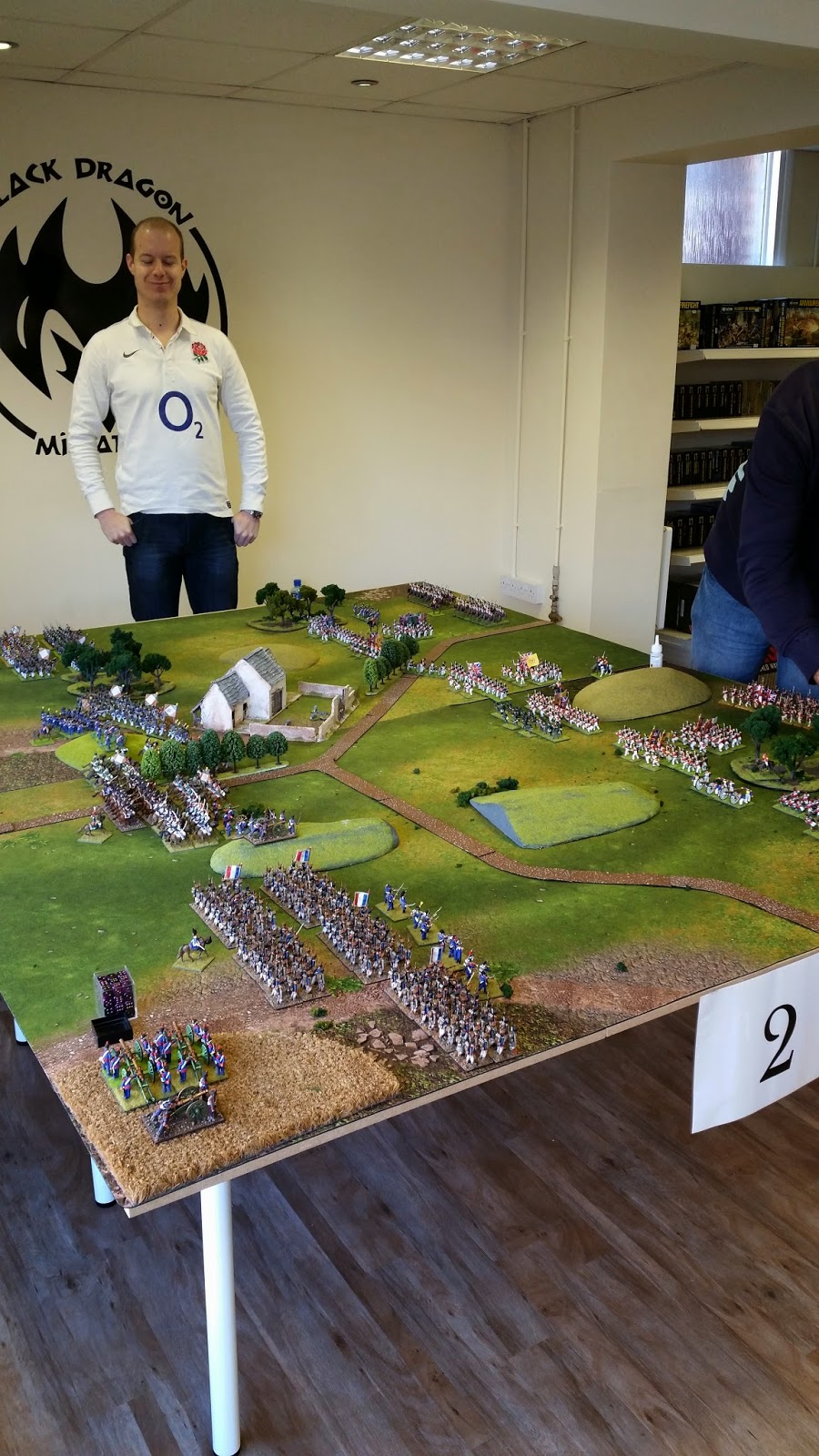 Ed looking quite chuffed with the whole lot on the table, 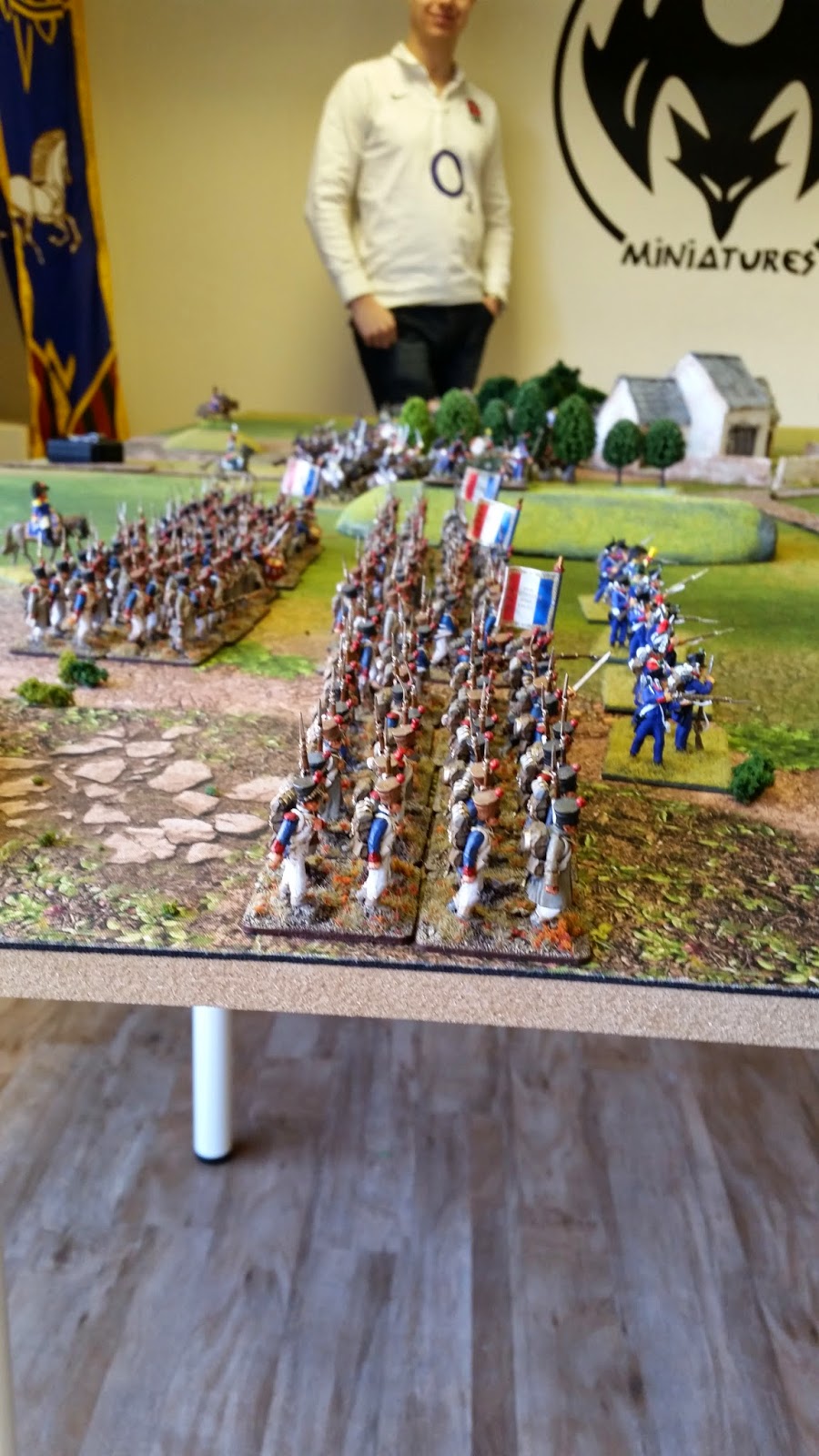 the mighty French painted by myself a fair few years ago! 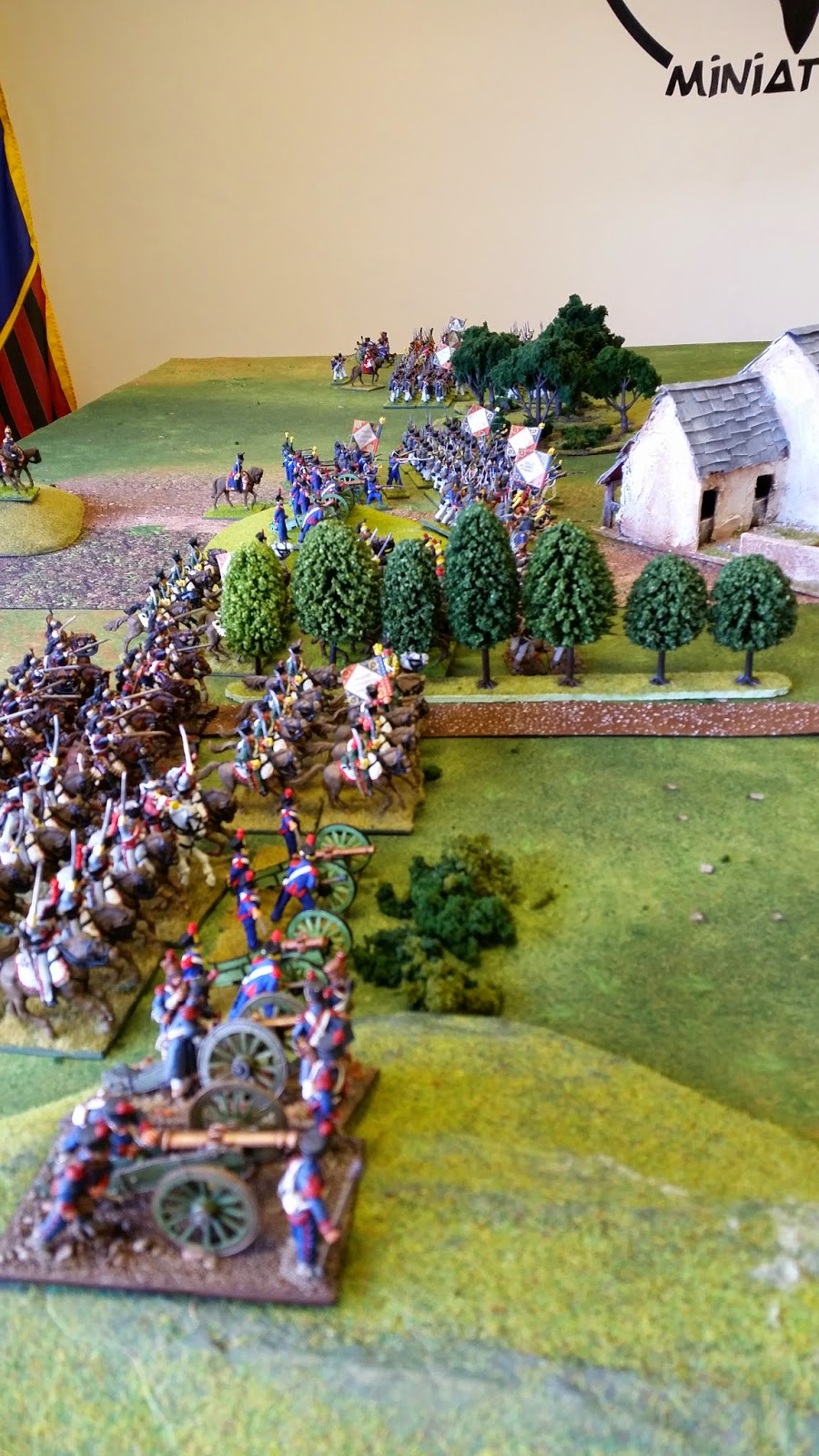 More cav than you can shake a stick at! 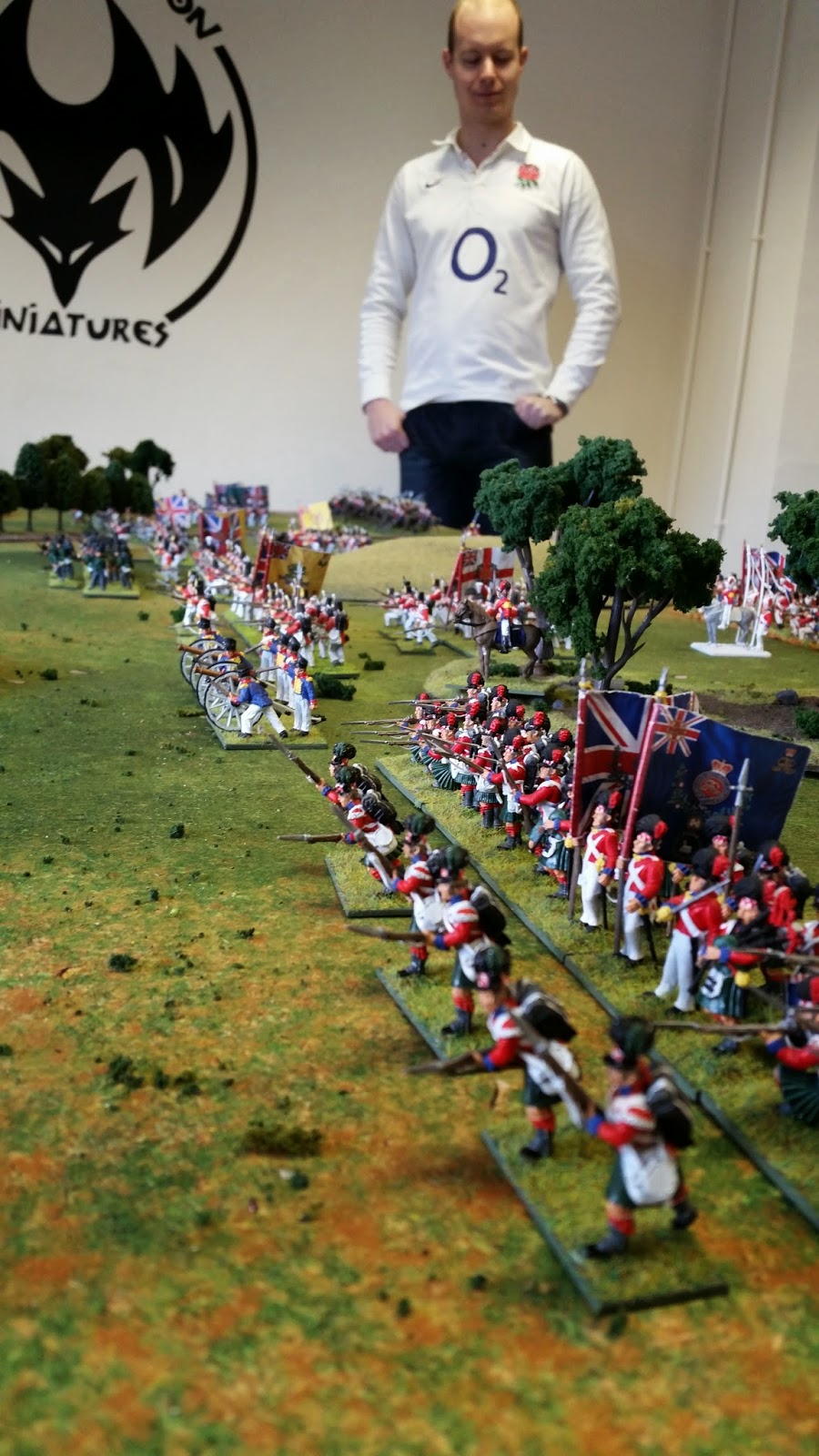 The British lines, The highlanders would prove to be a pain in the arse later on! 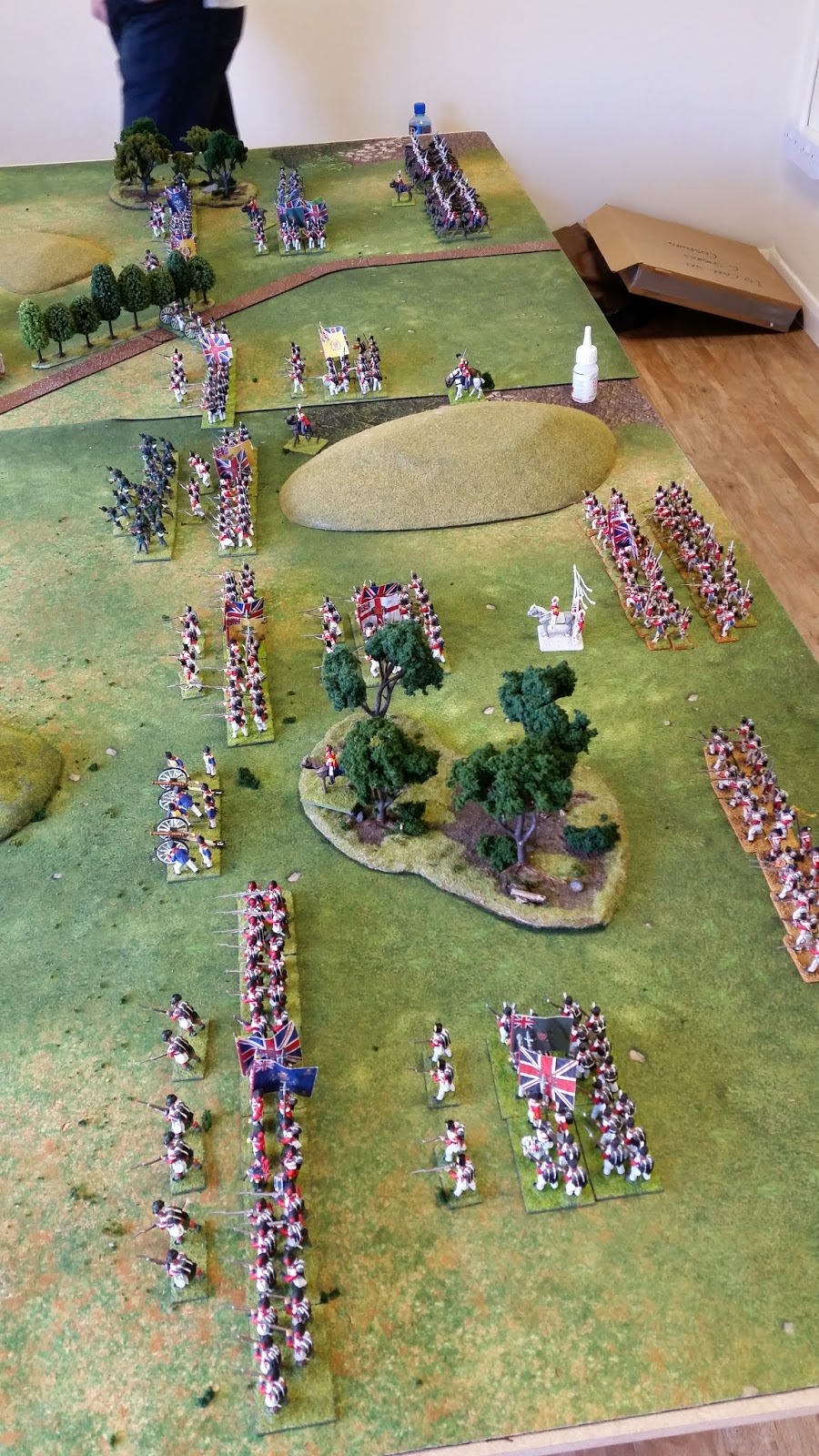 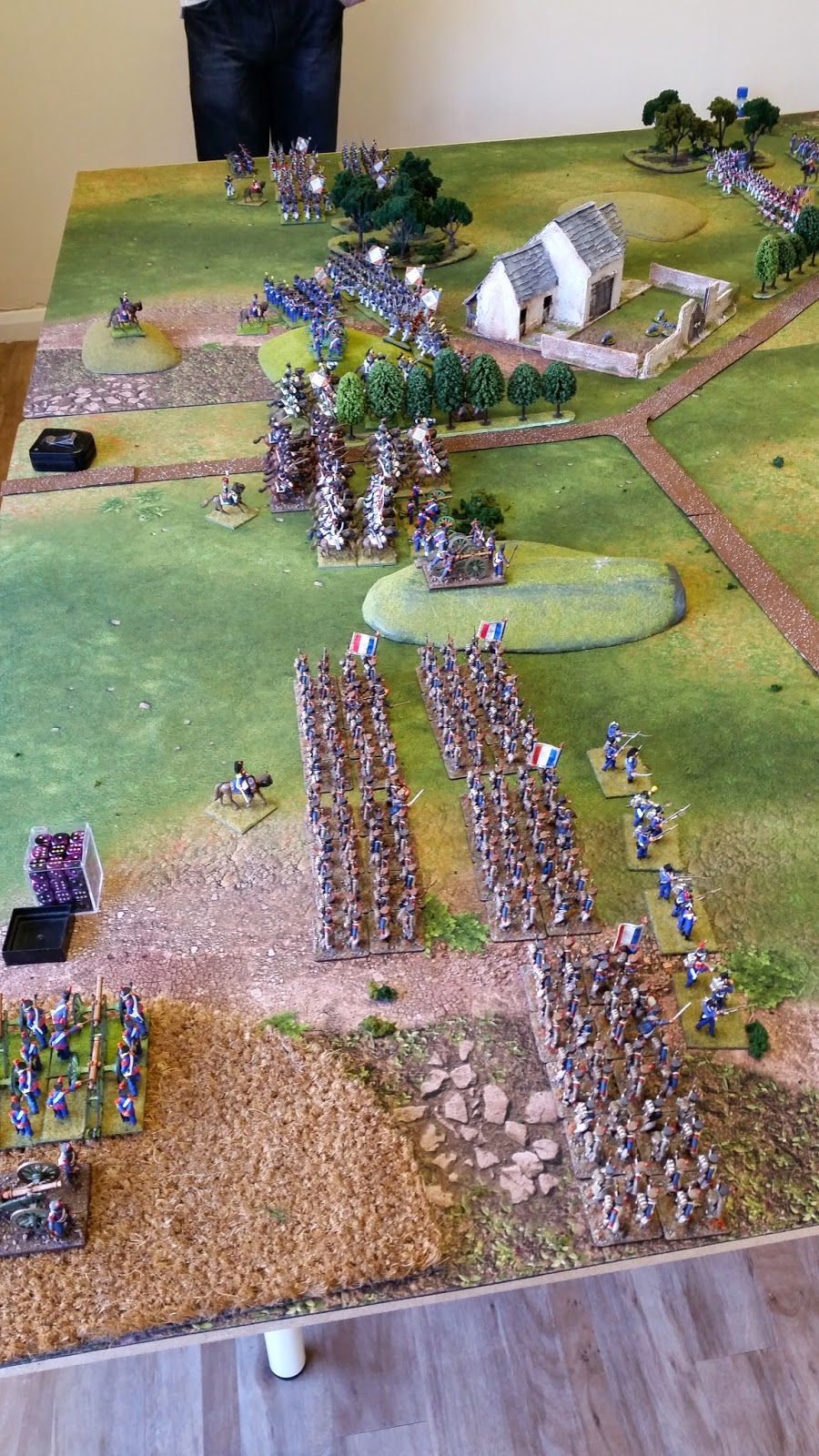 A fair bit of French! 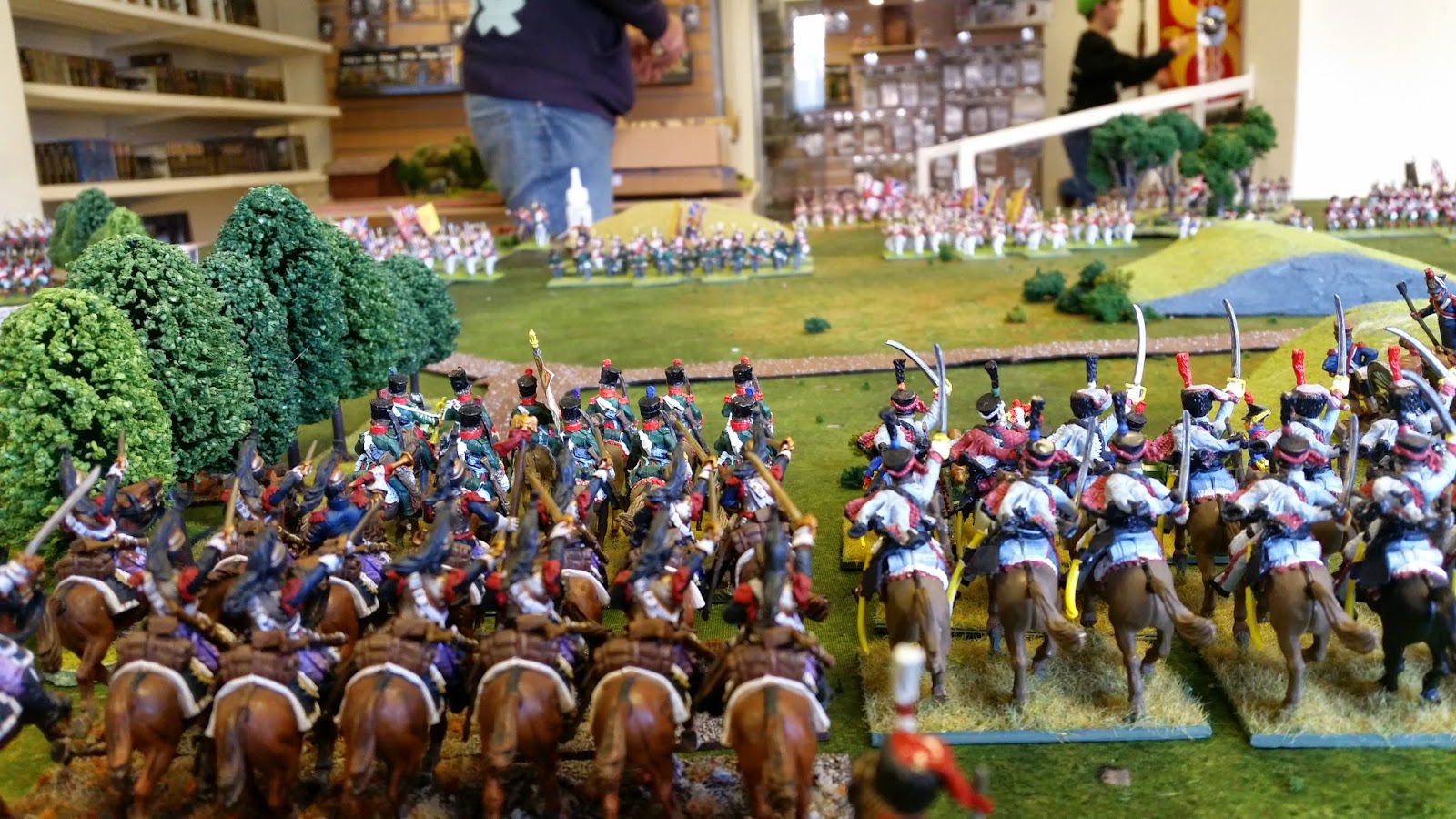 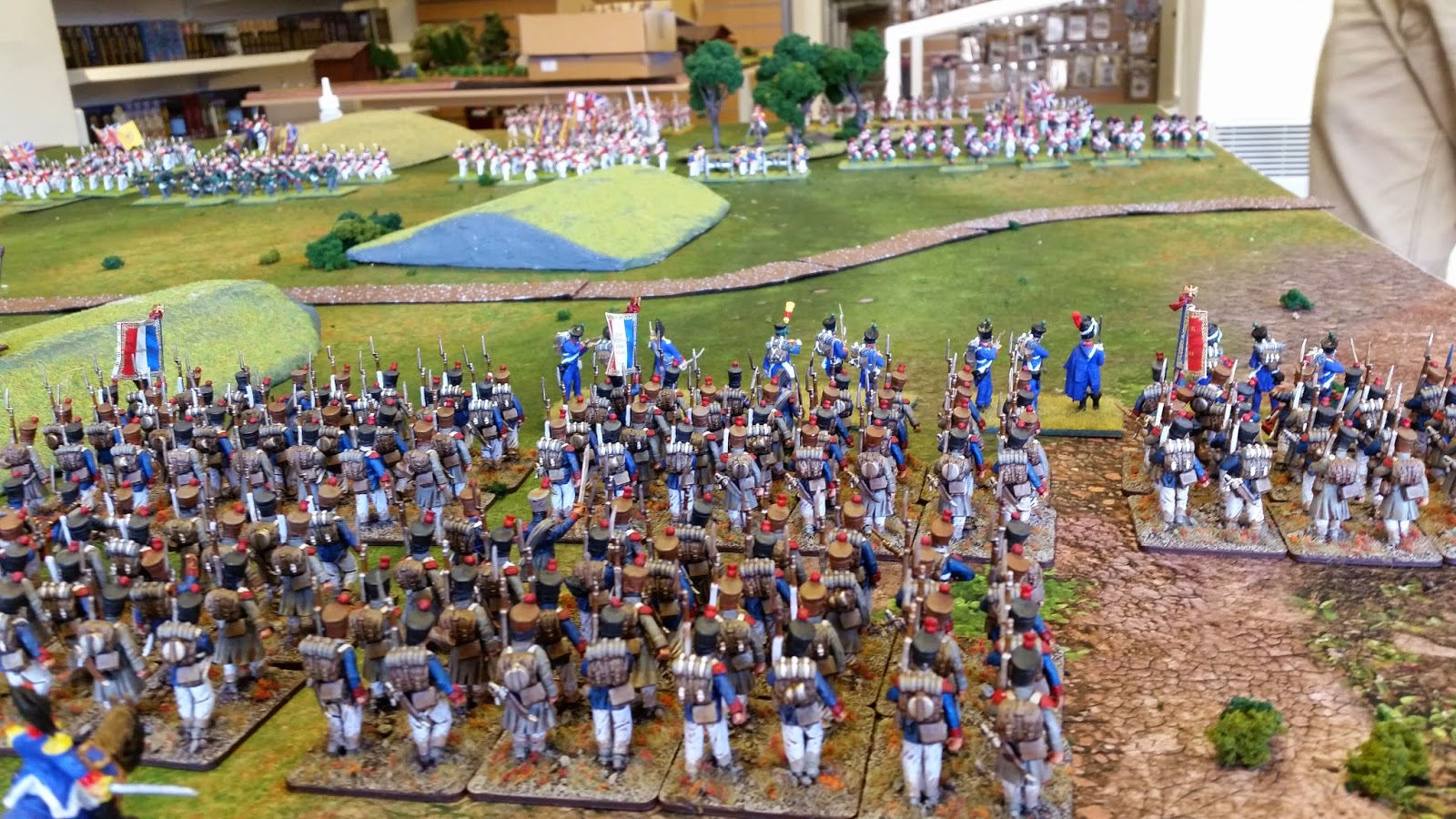 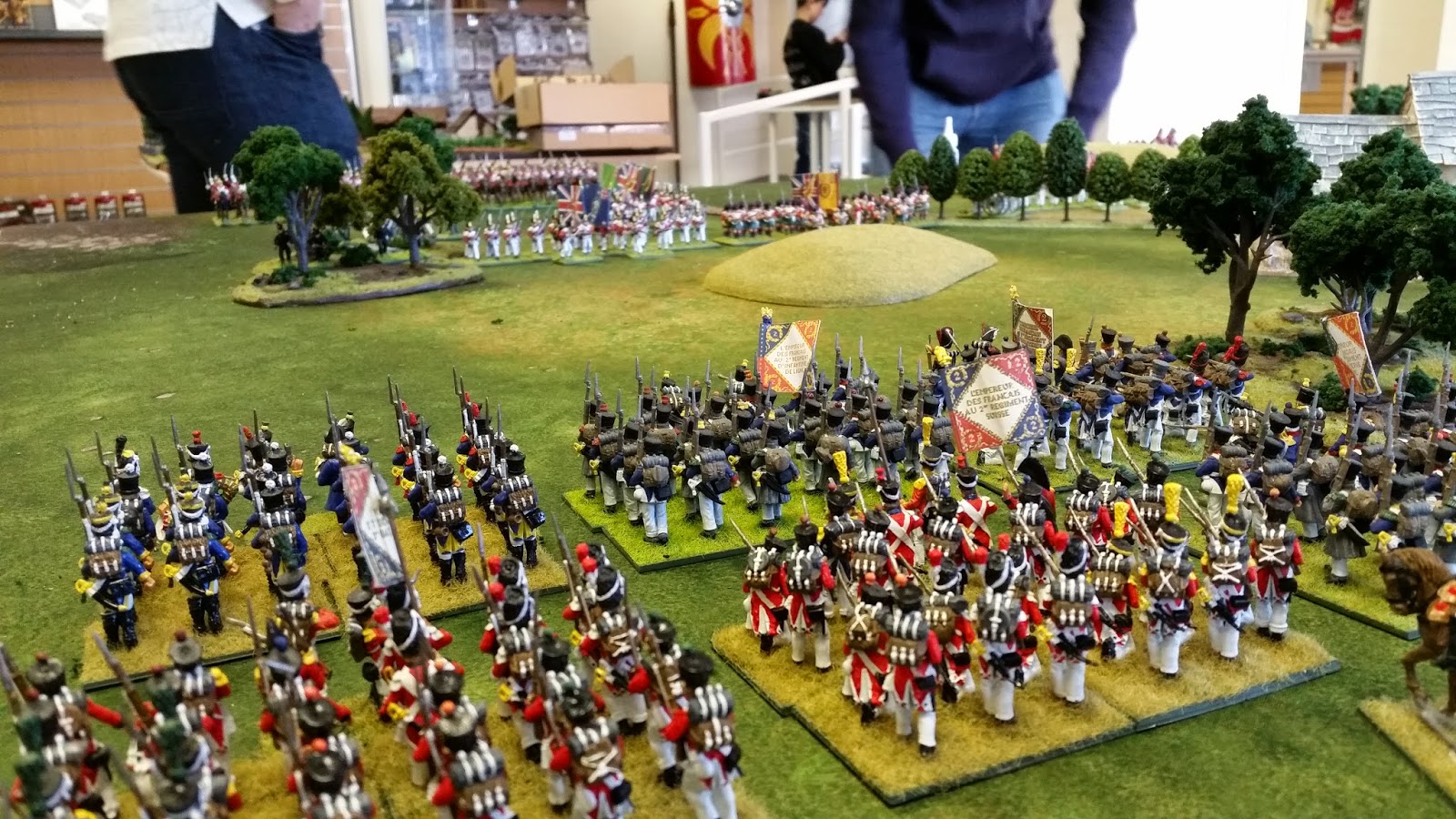 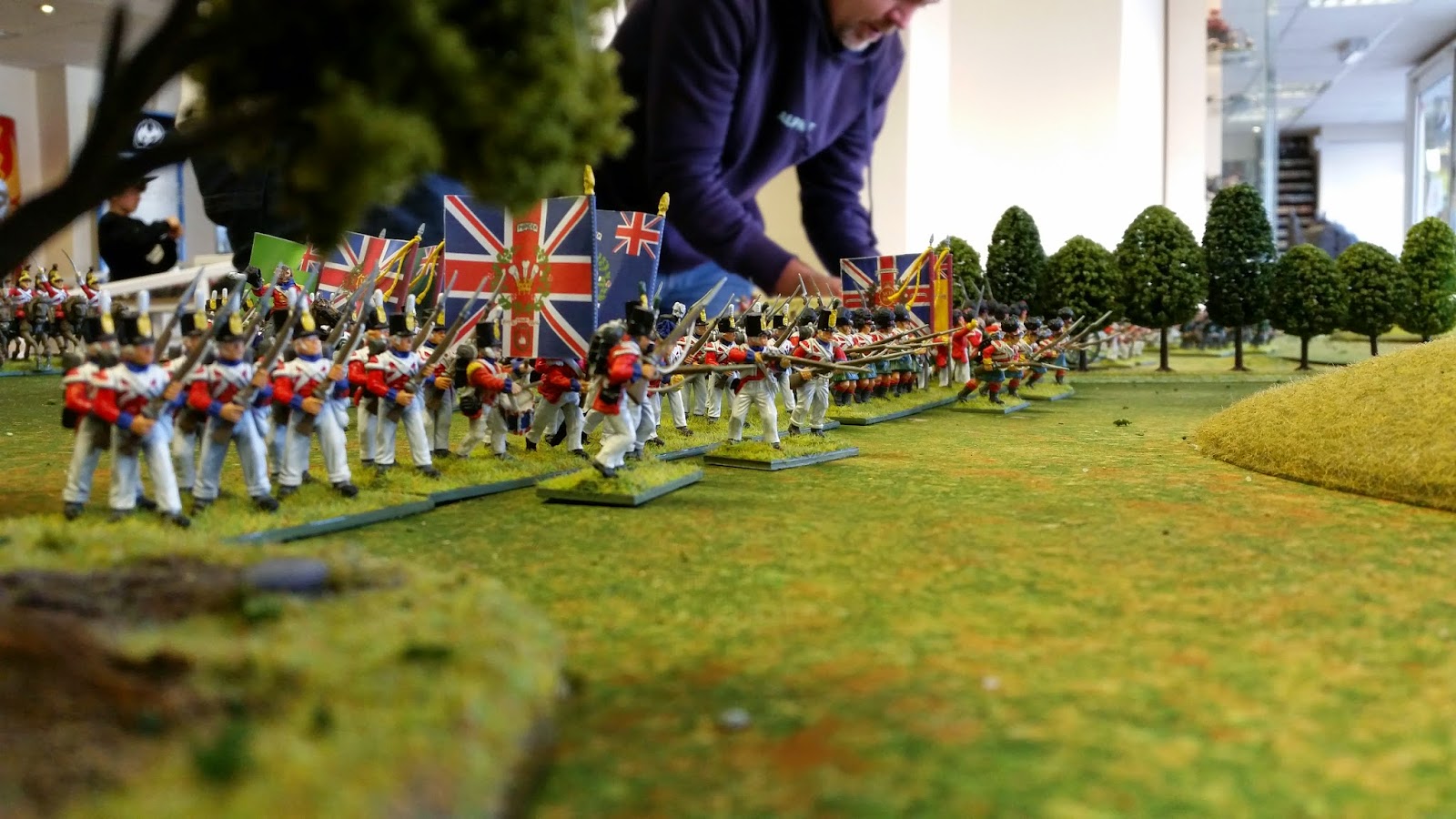 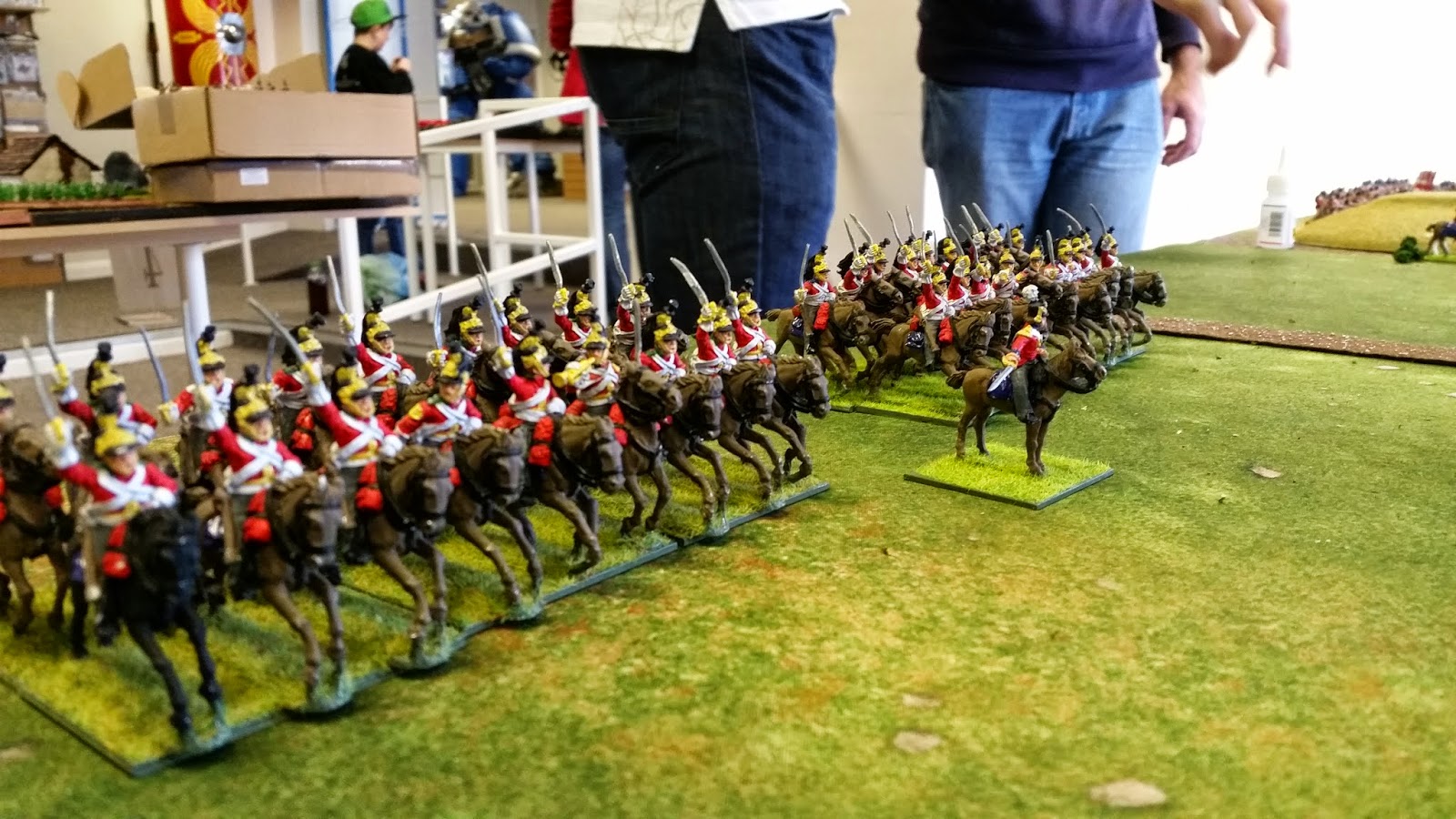 So after a dodgy start where the right flank stood around eating garlic and the British sat around making tea, we eventually started passing command checks and moved stuff about! 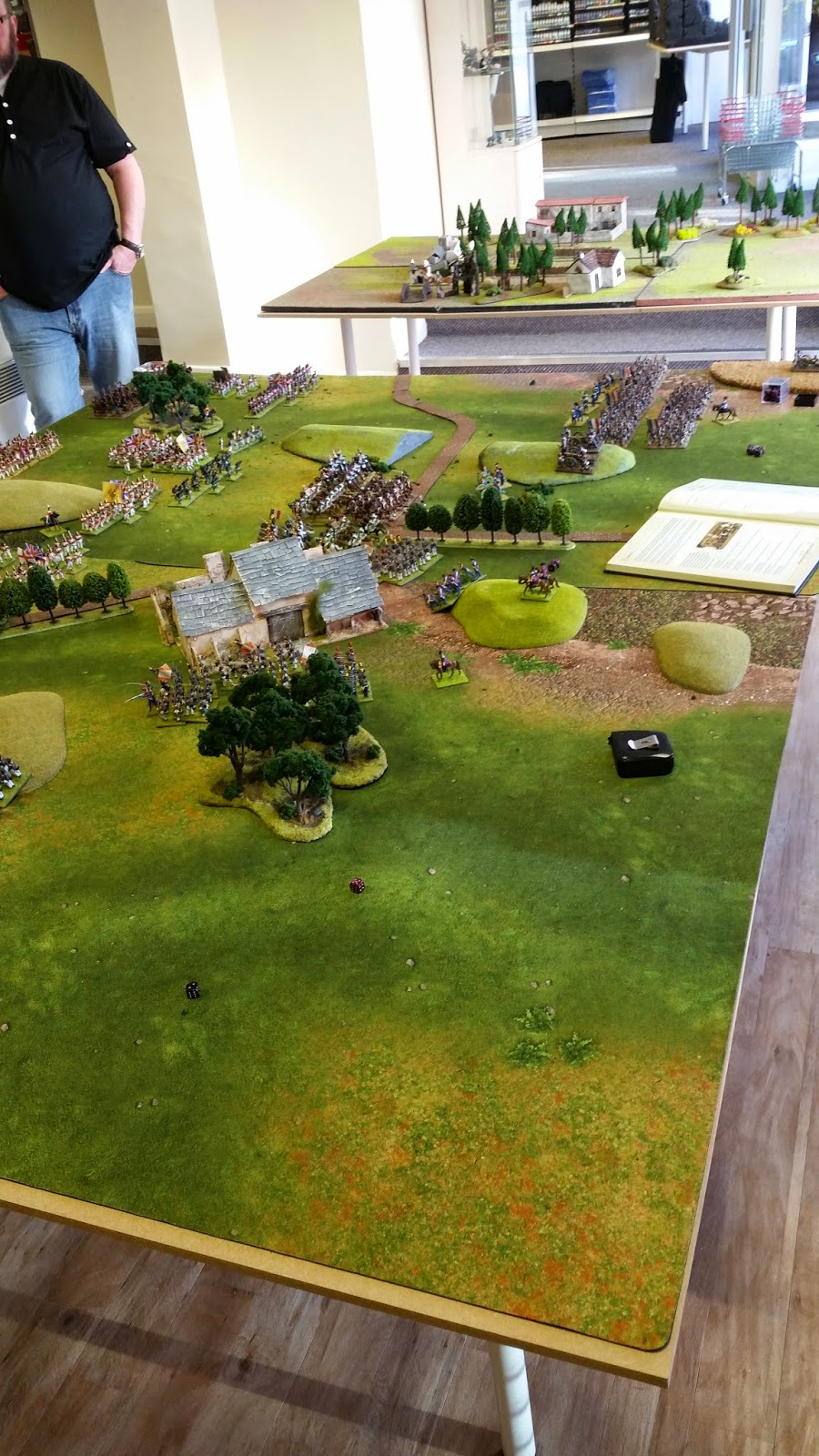 the French hit the British lines like a steam train and the British held for most of the day and after a series of dodgy rolls the French lost unit hand over fist and we called it a British victory. 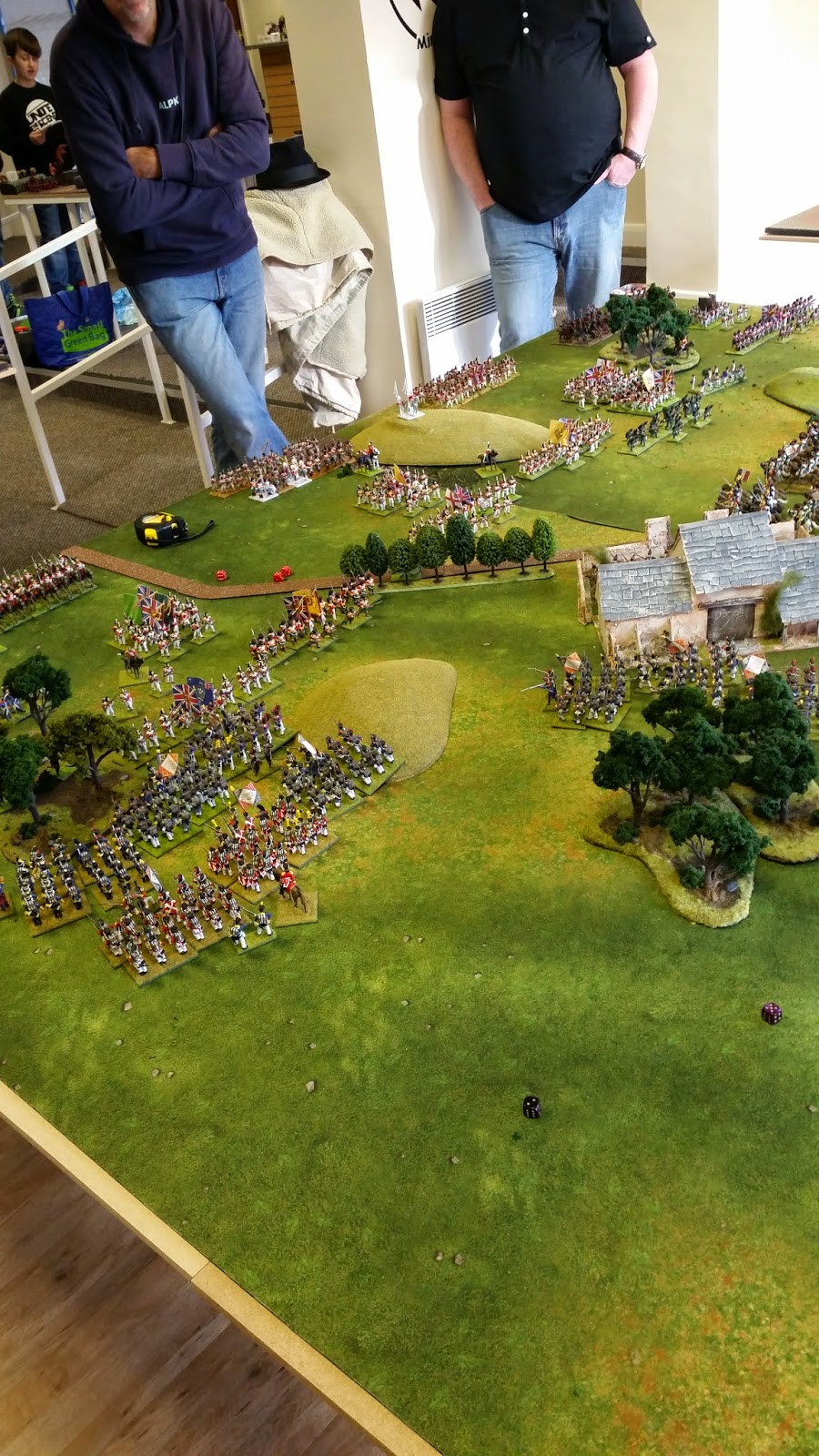 Overall the day was excellent and most of the models were Ed's that he's spent the last 4 years painting and I have to give in a big thumbs up for managing to stay focused on this for such a long time, I'm luck if I stay focused on the same system for more than 8 months as I'm a gaming whore!

Also A big thanks to Dave over at Black Dragon miniatures who put up with us for the whole of the day!

The game has certainly sparked my interest in black powder which has surprised me to be honest and myself and my fellow madman Mr Smith have made a gentleman's agreement to pick up some 10mm Napoleonic and give it a crack as we both feel that 28mm is too big for a normal sized table.

So keep your eye out for that slow grow project that I'll be doing over the next couple of months.

So not content with a 5 hour session on Sunday, I'd arranged a beta game for Antares,

Previously way back in April/May 2014 myself and Nick played a fair few games of the alpha rules and providing feedback to Rick with regards to his system.

Since then I'd not really looked at the system as I'd been distracted with various other projects and real life. So I was really looking forward to this and been asked to bring the colourful jungle along. 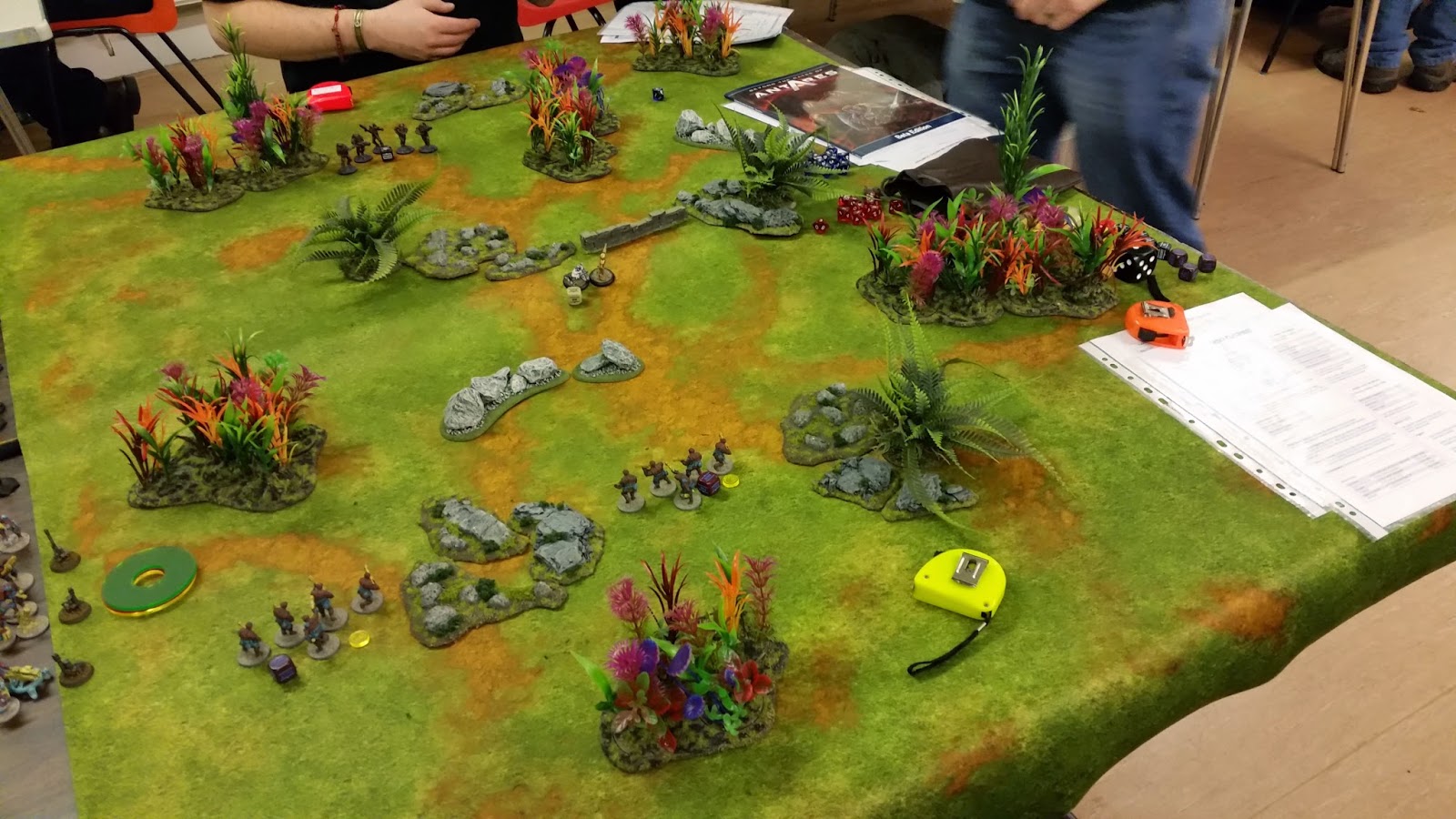 As one of the guys from the Loughbrough dice devils wanted in on the action I did the gentlemanly thing and gave him the choice of army and I ended up with the Bromites normally the guys who I'd end up facing! 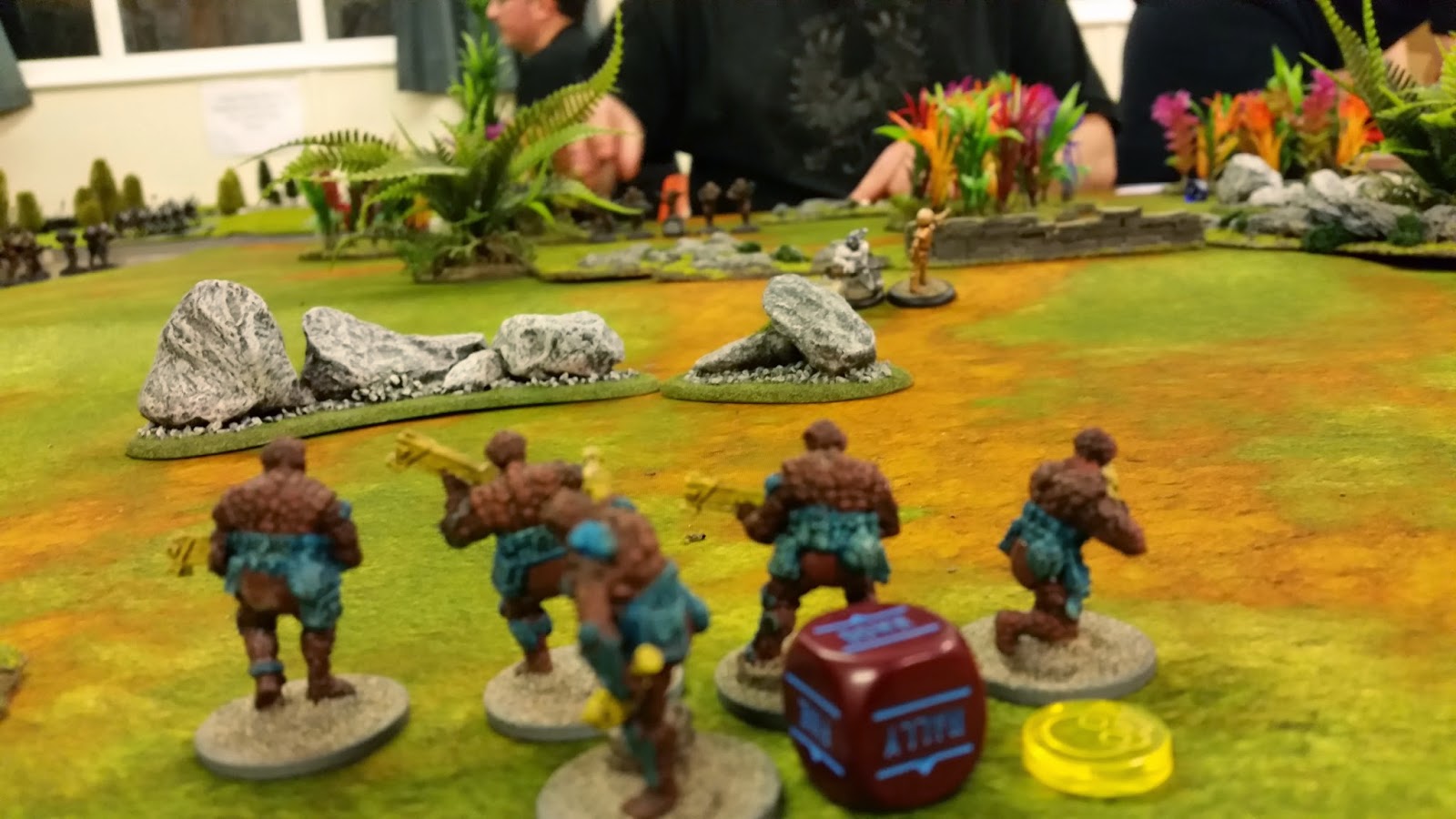 One of the squads going for the objective! However they failed the command roll and mooch around for a couple of turns due to being pinned 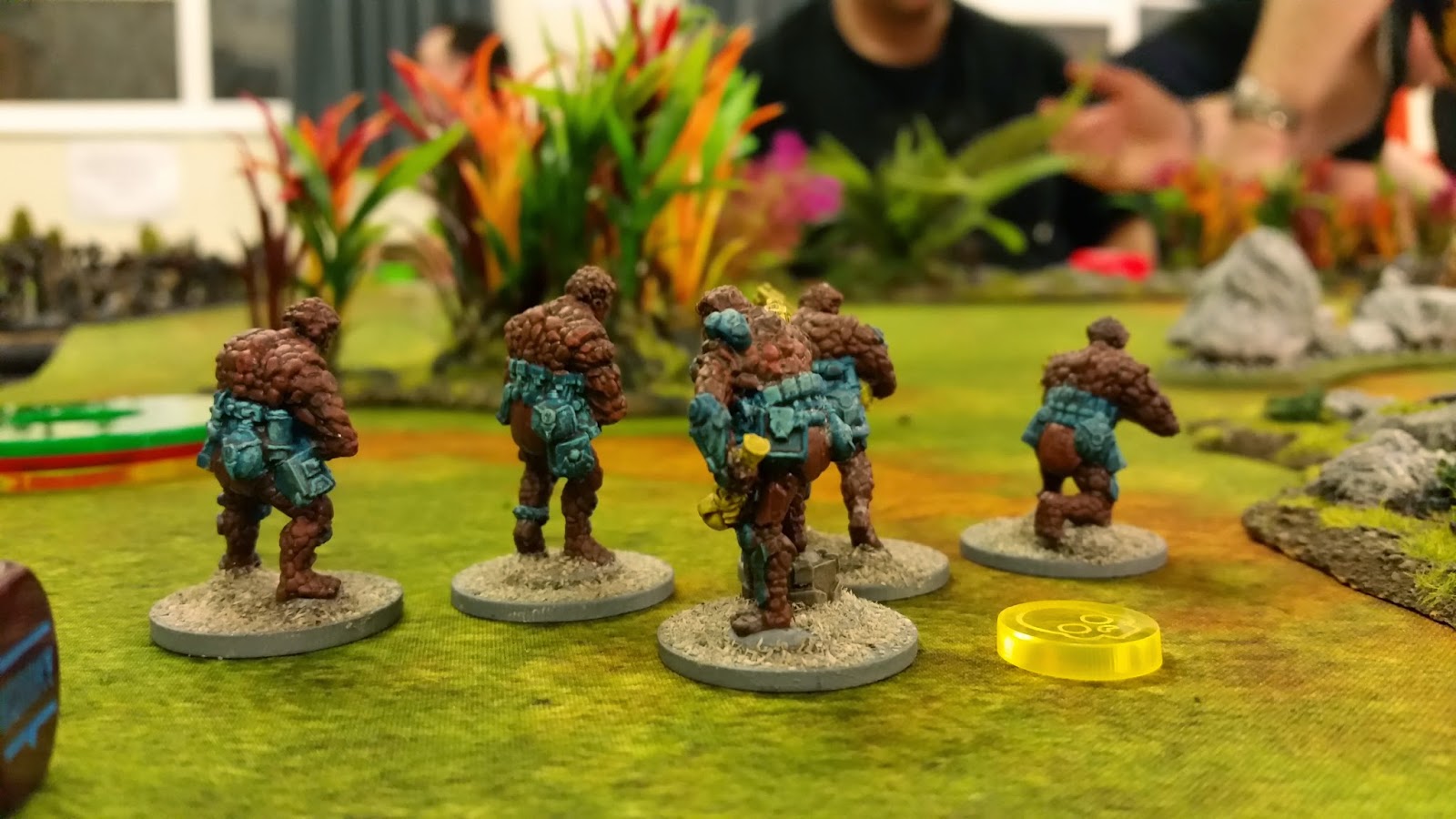 however these guys came on like a steam train and were on one! 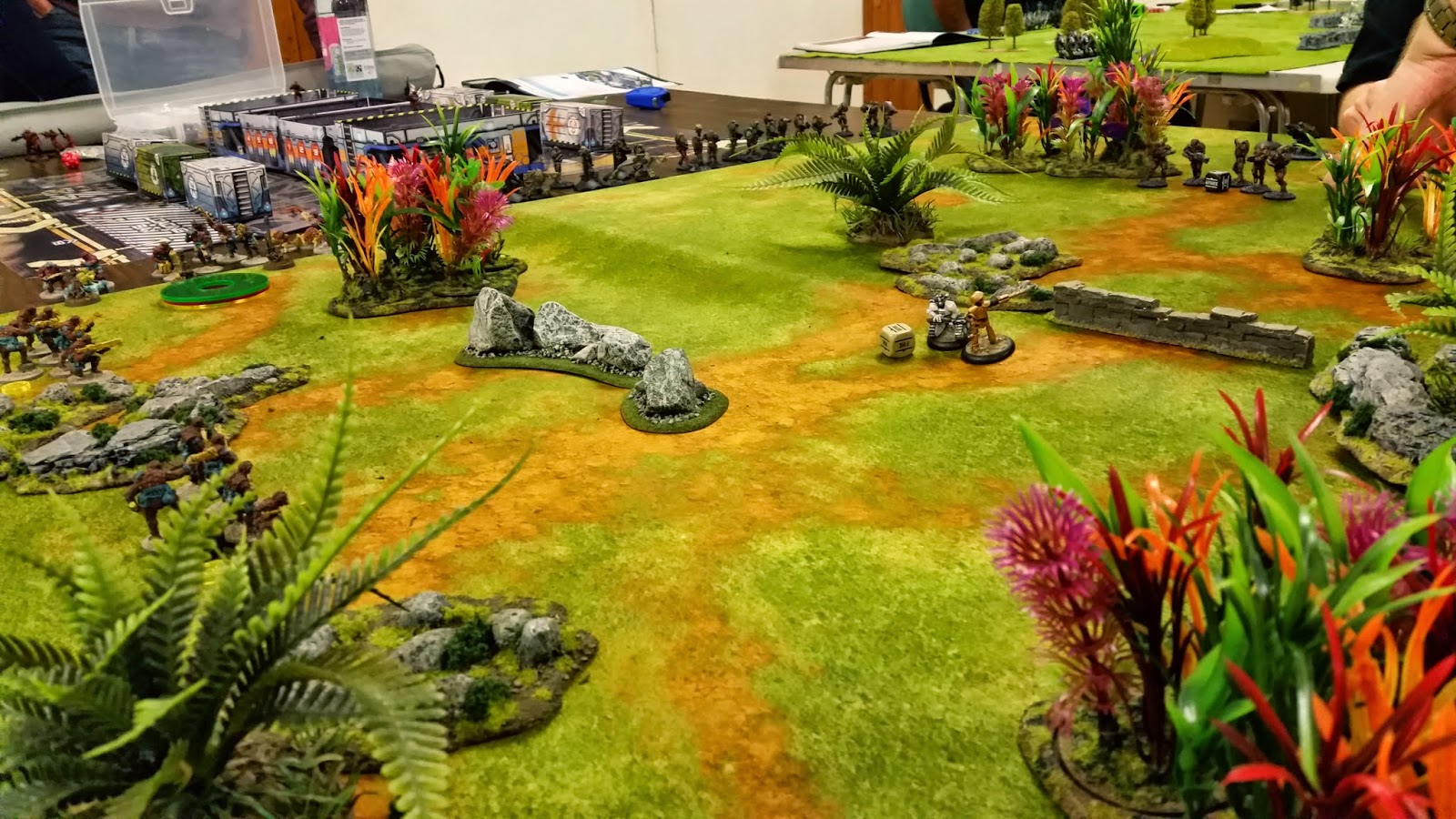 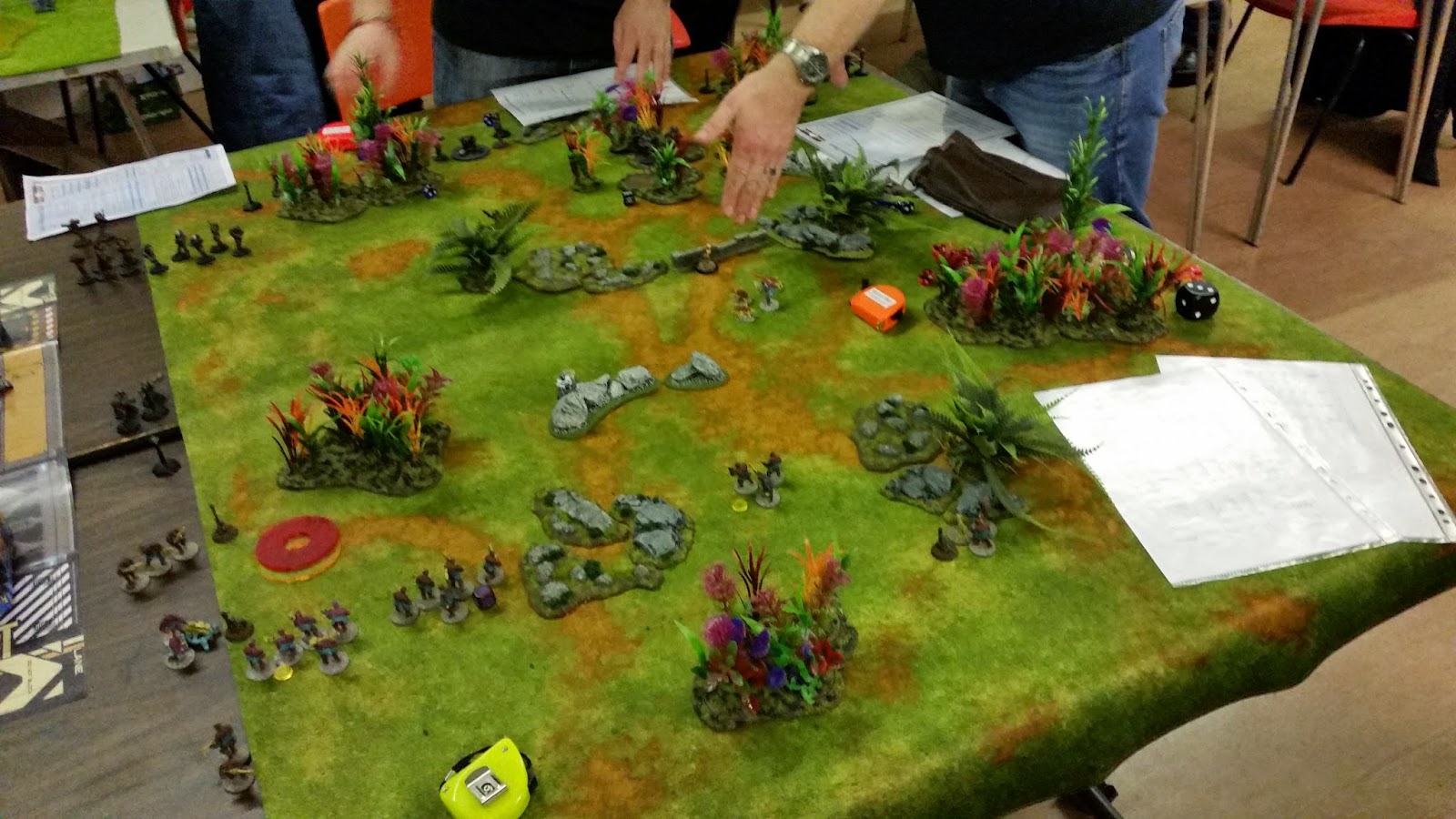 overall view of the table after turn one, 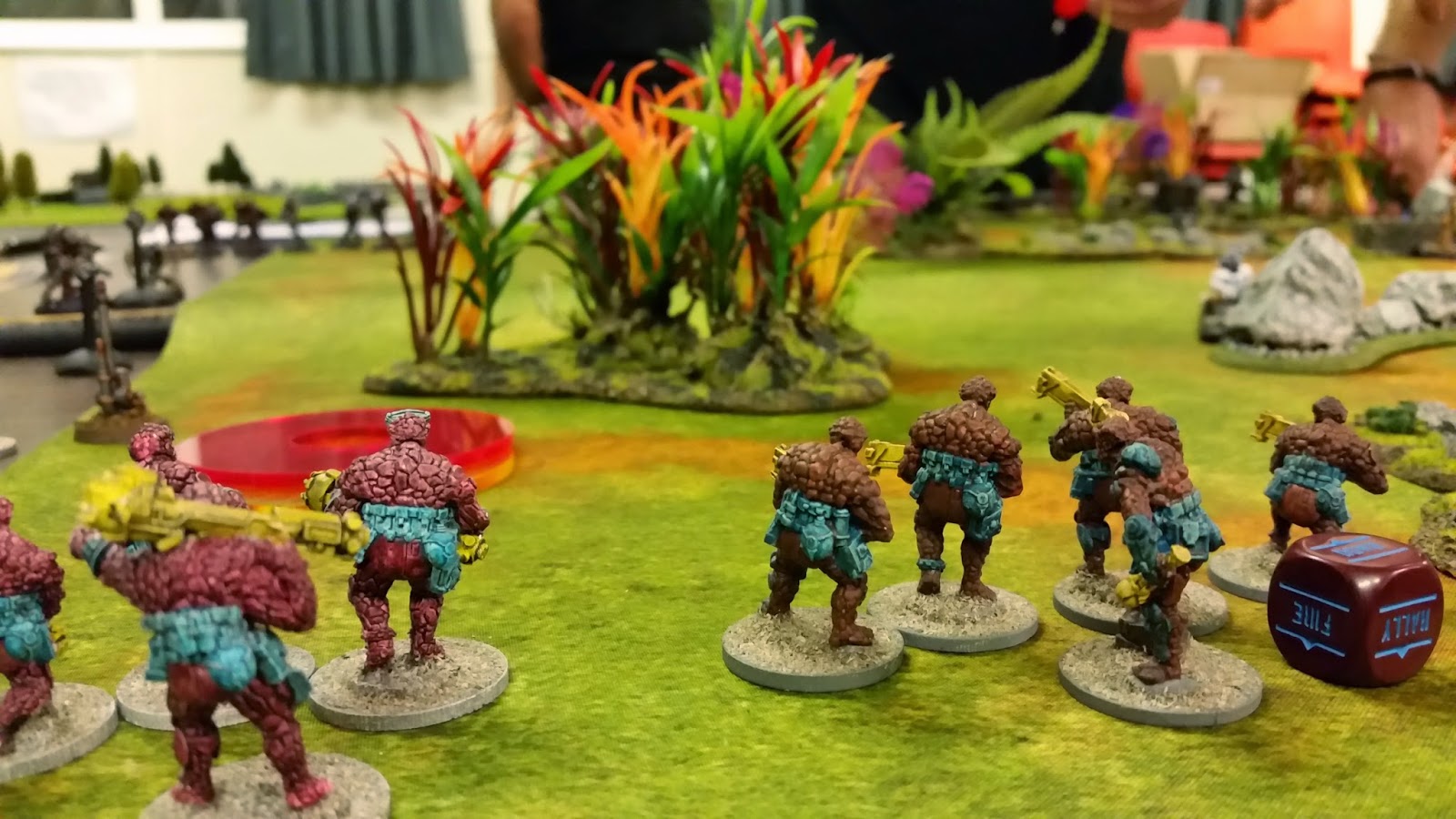 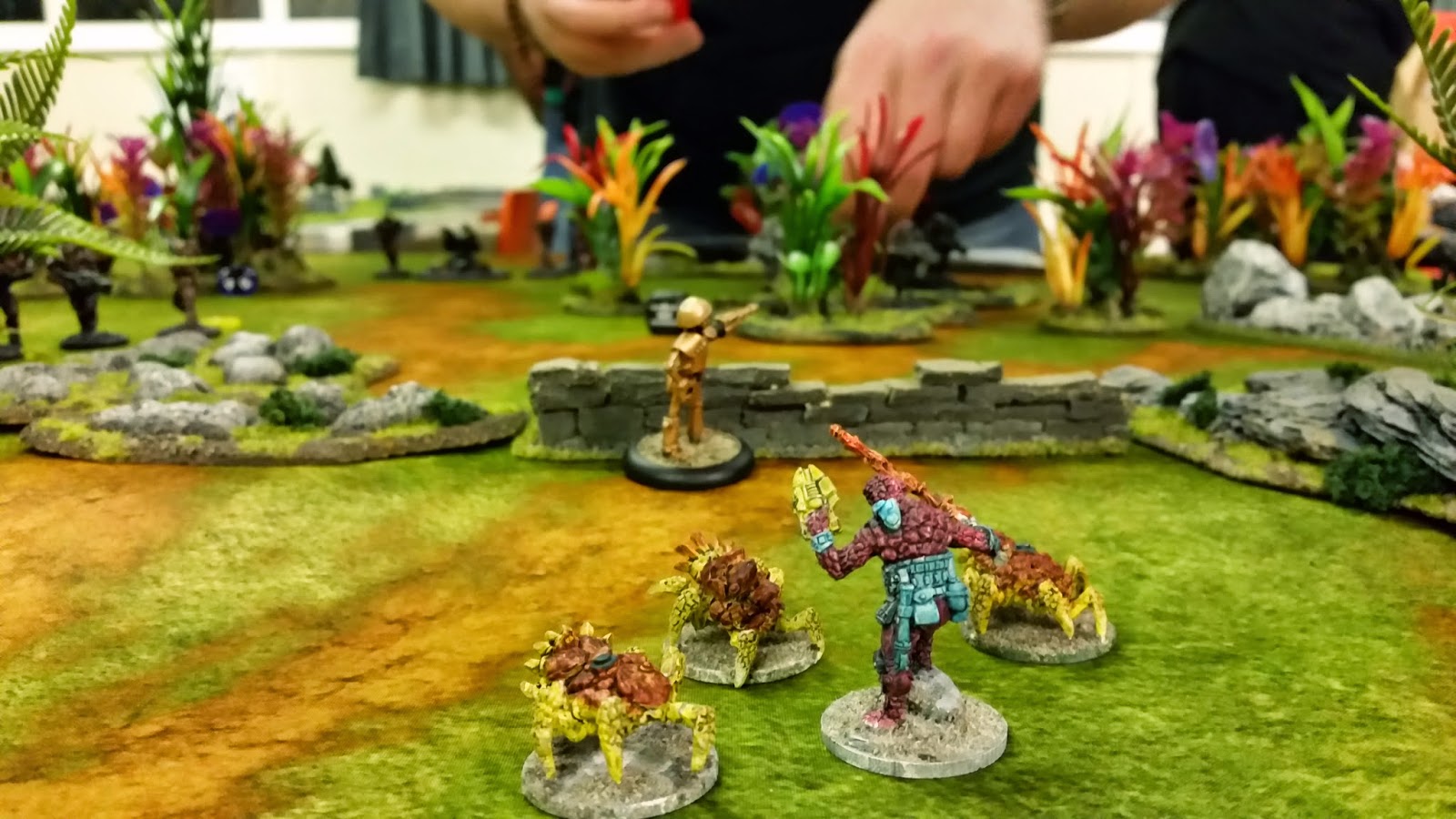 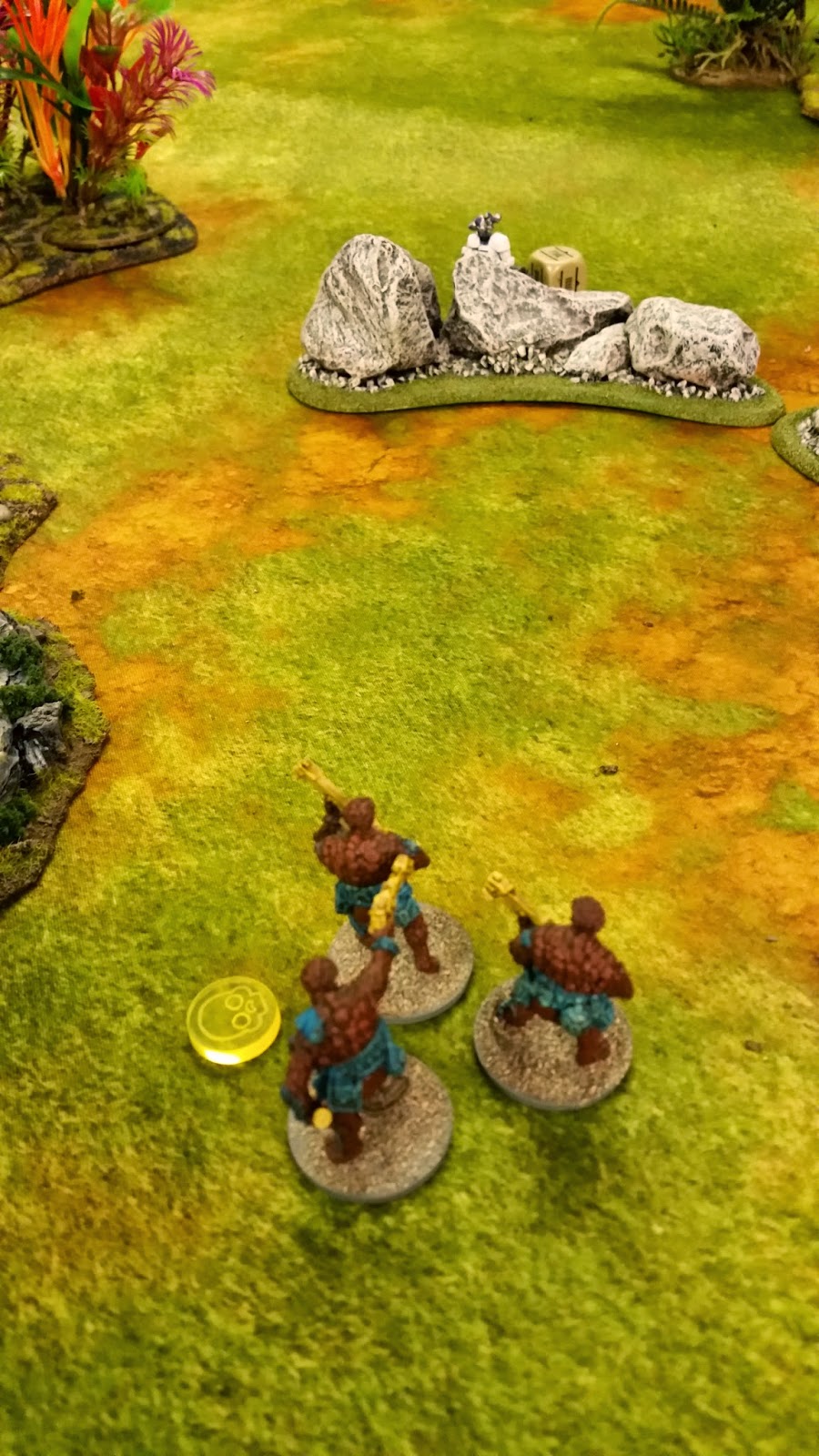 Missing a few guys but still going for it! 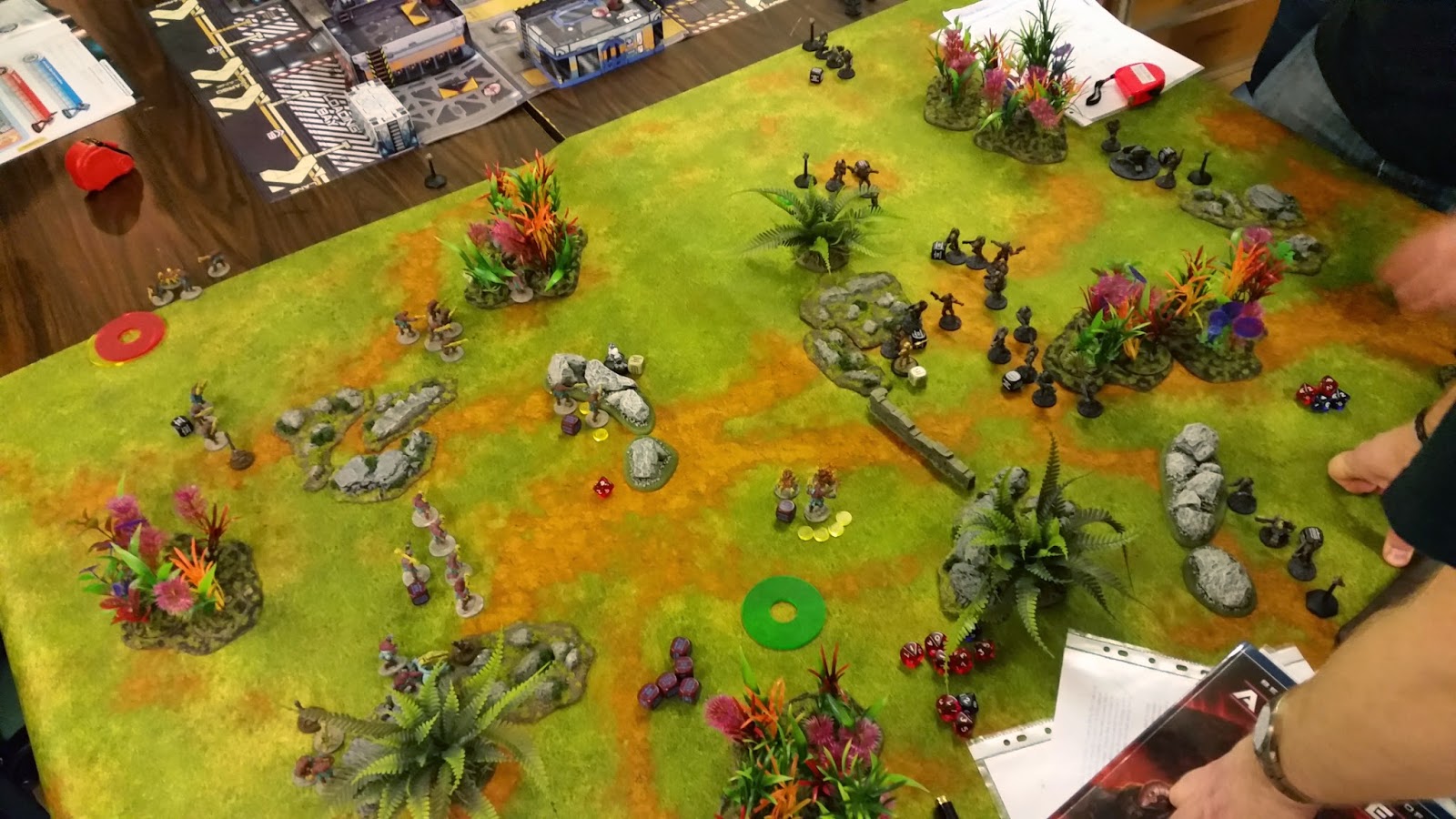 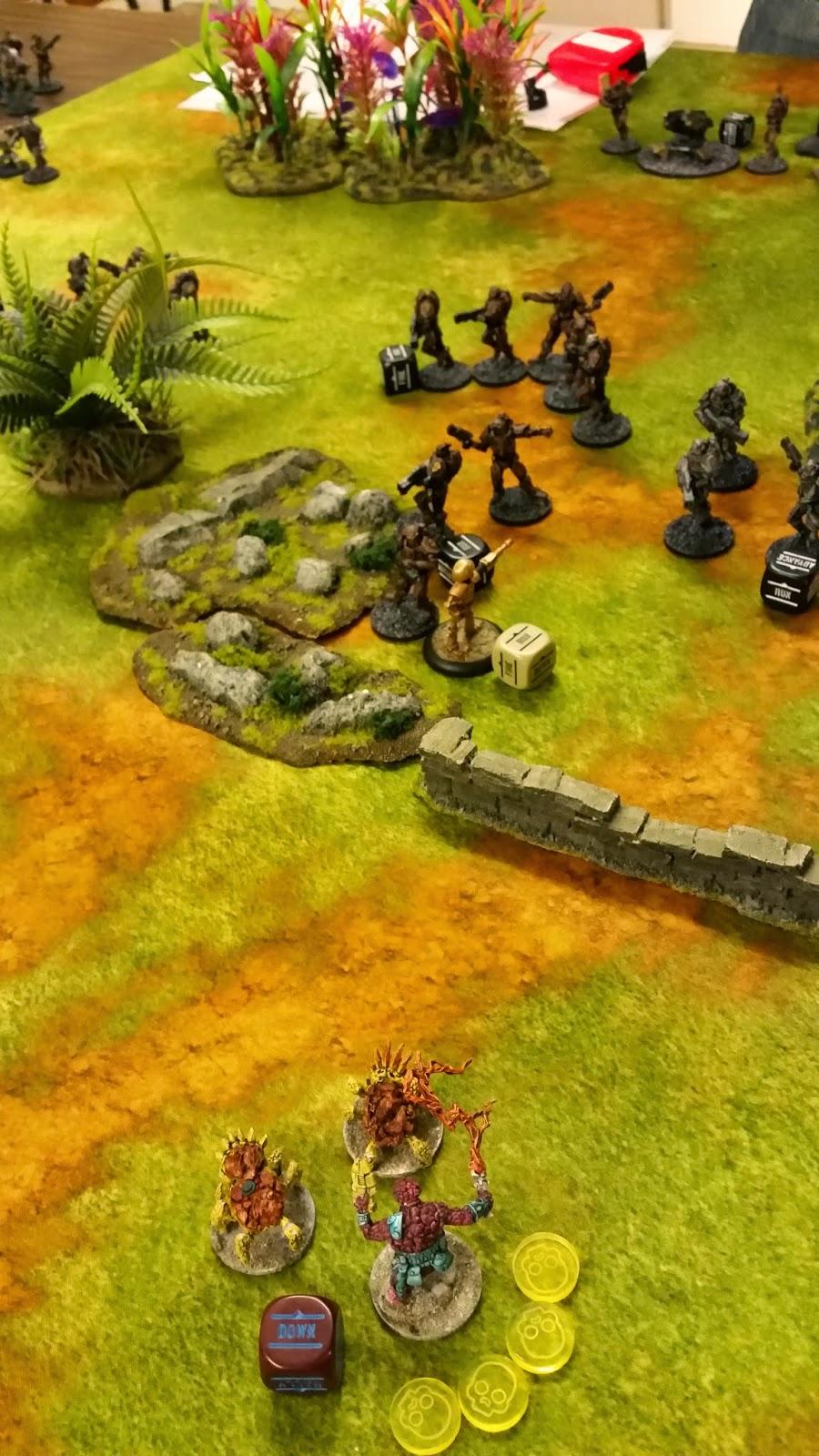 the rock dogs are still in the game, god knows how as the were reacting by doing down due to the amount of fire pouring in at them, and didn't break! 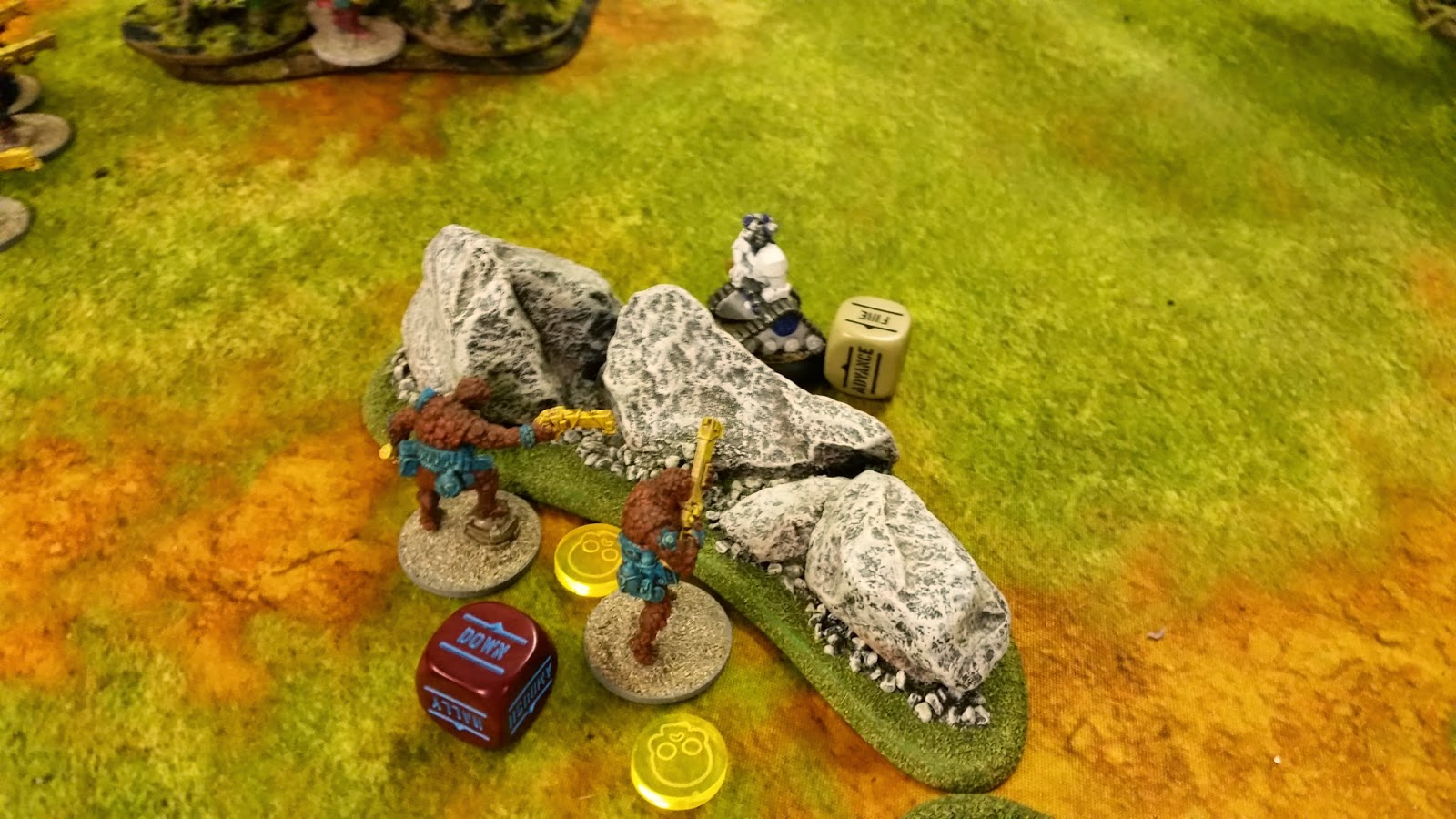 and I didn't quite get the one that I was aiming for....

so a victory to the Algoryn's in this case.

It was an interesting game as it felt alot more complete than the previous alpha rules and it was nice to see the suggestions that Nick had put forward actually in the game, at the moment it is available for free download off the warlord site,

additional missions and a cheat sheet have also been uploaded,

so if your sitting on the fence with this one give it a crack you've nothing to lose, I'm certainly looking for my Sci-Fi fix after not really feeling the love for 40K 8th Ed and I think this along with Warzone will be my go to system.

At the start of the year Gary from All Scars put a challange on the Phat Cats page where you pledge a unit for the month and you try and get that painted, you then repledge the following month and and so on,

So for this month I decided to make a start on one of my challanges for the year and pledged 10 African militia, nice and easy to be honest, and after I blasted out the first 10 I thought I might as well keep going as I'm gonna be playing the "bad guys" for spectre.

So you've a right mishmash of stuff in there para-military, warlords and big men and bog standard cannon fodder!

Overall these are quite easy to paint and due to the rag-tag look were quite nice to mix it up and use colours that I wouldn't normally use.

It'll be intresting to see how many people manage to stick it out as for things like this you get loads of people intrested and you soon thin out the men from the boys!

I'm planning on being one of the last men standing at December 2015!!

Well after recovering from a cracking crimbo with the tribe, I had some time to think about what I want to get sorted out for this year,

So this is the "masterplan" no doubt this will chop and change though out the year depending on what I'm playing and what shiny models float my boat!

So the usual pledge will be done, its been for a while and its becoming quite successful from a personal perspective, forcing me to keep ahead of the painting and considering what to burn my money on!

So after learning from last years list, this list is much shorter and I'm aiming for 100% completion rate for this,


So onto system and new armies....

One of the systems that is catching my eye at the moment is, I've been on the fence on this one for a while and after downloading the beta rules I'm quite impressed and even noticed some of the bits that myself and Nick jigged about in the original play testing, I'm getting a game in on the 15th Jan at Loughbrough Dice Devils and I'm really looking forward.

I'm still tempted by Judge Dredd as I've had seen a number of people recommend it and actually state that its better than necromunda!

and today River Horse decide to put this naughty nugget of info up!

So this will definitely be on this like a tramp on chips!!


Armies wise, I took full advantage of the discount code that Tor Gaming was pimping out at the end of the year and ordered a sizable chunk of Nuem and Vaettir.

Other than that I'm keeping an open mind gaming wise, I've a cubic ton of kickstarters rocking up in the form of...