So whats this all about.... 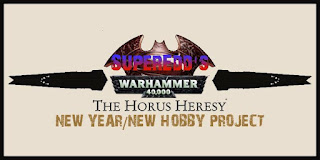 Well a chap (and he's a bloody good chap!) I've known for a number of years decided to do a new year new army style progression system based on 30K and with the Calth box set being stupidly good value for money it would be rude not to give it a crack!

So rather and going completely bananas and collecting a 3K army that would cost you a 2 months worth of mortgage payments, Ed's been quite clever and started with 500 points, you then add 250 points on per month so you can slow grow your force without having to feel that you have to keep up. 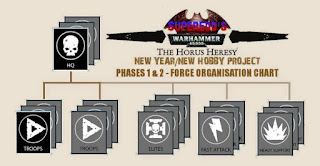 So as it was a small start you only needed 1 HQ and 1 Troop, nice and simple and gives you plenty iantly of choice with regards to other cool toys!

The only "rule" is that you stick to the same Legion throughout the campaign, but you can adjust your army as you unlock more points so jigging bits about as you see fit.

The hardest choice for some people would be the legion how ever for myself I knew which one I was going for..... 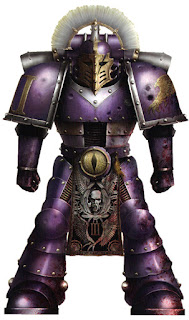 However rather than being a traitor force, I've gone down the route of the loyalists or what remains of them after the betrayal!

To say it's been a while since I've played 40K is an understatement, so I've gone back to basics with the 30K project and as I'm a great believer in infantry is king I started with the follow as my 500 points,

in a nutshell its death by bolter!

All this force would come from the Calth box set to I didn't need to buy anything extra, that was until I saw the upgrade pack from forge world and a quick drive later and I was alot lighter in the pocket! 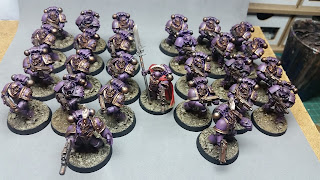 however in true Anton fashion I kept going and sorted out some more options for phase two! 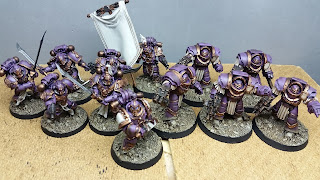 so I've 5 blades, 5 terminators and a commander along with banner, however I need to get the rest of the command squad at some point and might mix and match the power armour for that unit.

So what started off as a dozen people soon ended up into this motley crew!

and according to Edd more people were chopped off on the left hand side! However I wasn't able to play in the first round due to my niece's 3rd birthday party (cake always wins!) 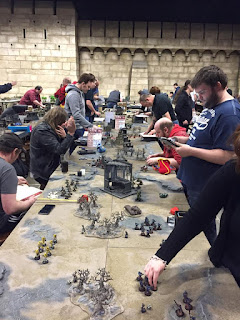 the fury of all the dice!!

I managed to grab a couple of snaps of the models on the day.. 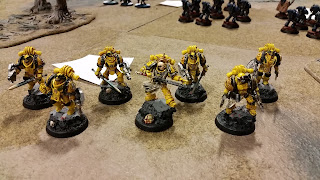 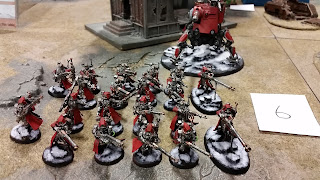 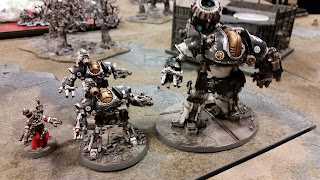 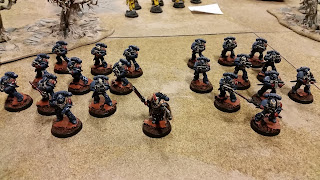 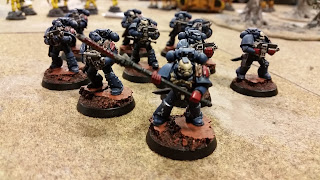 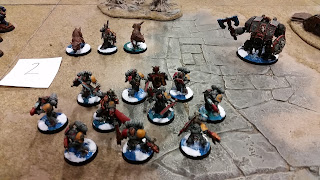 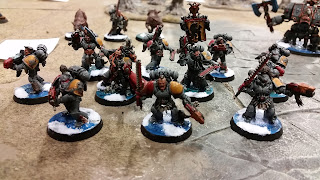 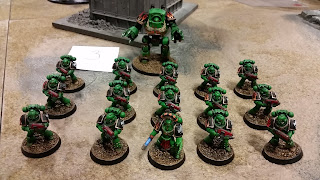 these were the top 6 that were selected on the day, all very nicely done,

Between myself and Dave aka Scorpius we will each cover the campaign I'll be the loyalist and Dave the Traitors so these are some of the loyalist armies in the campaign with a few works from the guys and girls who are fielding these fine looking forces!

So lets start with the instigator of this whole thing...

I chose to Solar Auxilia as I wanted to try and break out of the habit of dark toned armies that I have done for many years, I wanted to try a brighter more vibrant looking force with a strong military theme

As I'm known as The Indecisive One, a Shattered Legions army seemed a no-brained as I have painted bits and bobs for various legions. I've focused on the Thousand Sons and White Scars as I'm a huge fan of both, and now they've had shoulder pads and upgrades released, I can try out a white and red army (both colours I've never really painted and it's a change from the usual dark armies I've done beforehand).

I have a Death Guard army that's quite slow and plodding, so this army will contain faster elements, as well as some of the more traditional. I've started with Jetbikes and mechanised squads, as it's different for me to move more than 6" a turn!

Decided on Alpha Legion because they are actually loyal though misunderstood , I could give a thousand other reasons but it's a secret.

So we've now entered phase two ramping it up to 750 points, no idea what I'll be fielding might look at a unit of blades and transport, but no doubt that will change!

And if you have any tips or tricks for 30 please let me know!!
Posted by Anton at 20:53 No comments: