7TV - The Henchmen get reinforcements!

Way back some time last year, I picked up some reinforcements for the henchmen cast that I'd already got.

In the usual Anton fashion they sat on the "well organised" painting table and only after I'd played a game against Lee and his lovely NOT planet of the apes guys that I decided to actually get these finished off.

Lee managed to snap a few shots of the game, 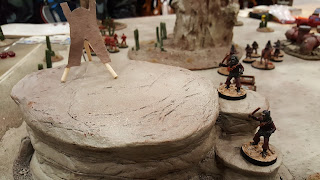 we used the rules for motorbikes to represent the horses 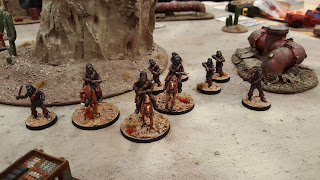 Bright red overalls not really blending well in with the terrain..... 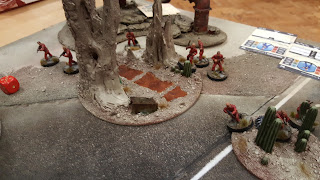 And what the heroic henchmen last saw.... 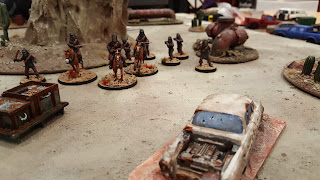 Nothing to do with getting my ass handed to me honest! but what harm can a machine gun team, flame thrower, rocket launcher and various other nasties can do!

So a quick paint job and these were done and dusted, I based them in the same manner as the previous guys so that they match and since doing these I've got my copy of This is Not a Test, so I'll be using these guys as a warband for that system as well. 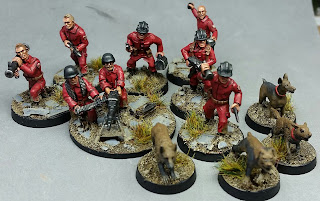 so the whole lot togeather, I should really blast these with a varnish so that they are protected, I'm sure I'll get round to that at some point! 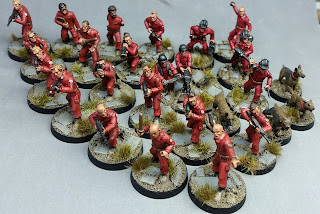 I'm looking at various other models from crooked dice for various other systems, and with the "master plan" I'm sure I'll be playing some more 7TV with the guys at the Leicester Phat Cats.
Posted by Anton at 20:31