A while back Rob asked me to do something with a gnome infantry unit so it would be rude of me not to splash some paint on these lovely models!

So these are just part of the gnome infantry unit, once I've my hands on another unit I'll do a what arm goes where post, 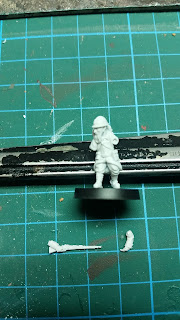 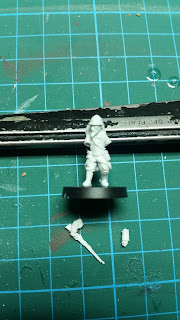 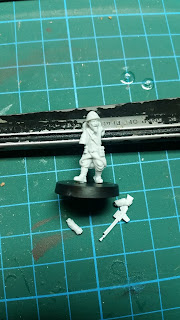 and after a bit of gluing and what not, mainly cursing Rob for making these so fiddly but so nice! 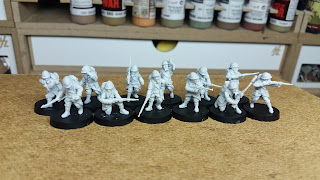 and standing next to one of the orc commandos that would be used for the demo game, 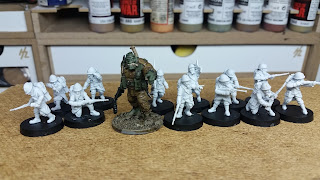 So to paint these I decided after much pondering and asking the masses on the Panzerfaust facebook page to do them in a WW1 style for something a bit different.

To start off with I sprayed them grey and gave them a drybrush with a lighter grey and then a blue wash. 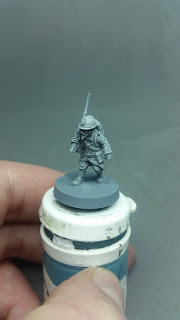 once the ink was dry I picked out the webbing and gun, I think it was saddle brown? 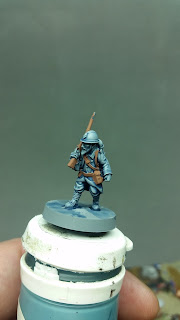 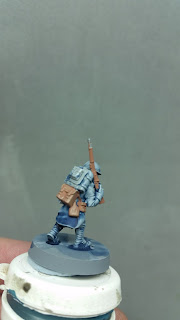 the rucksack was up next with German camo beige 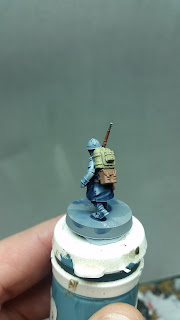 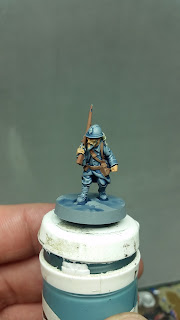 then it was the turn of the metal, 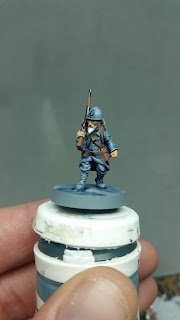 I gave the non uniform bits a  strong tone wash to bring the colours down, the metal and helmet was done with dark wash, 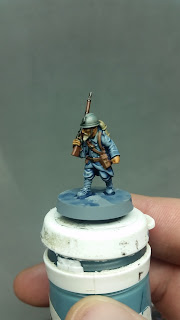 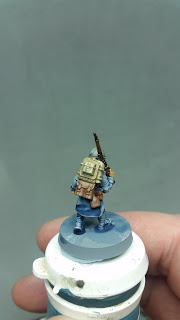 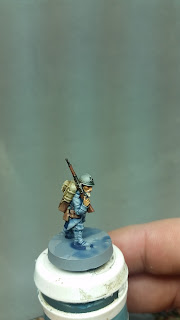 and that's it, nothing too difficult and with the size of the models they were quite quick to paint, I'd recommend a good brush as the detail on these guys is bonkers! 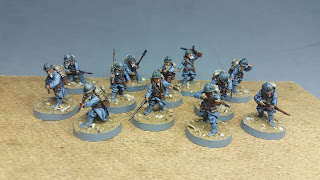 So the completed gnomes with the rest of the  stuff for the demo table, 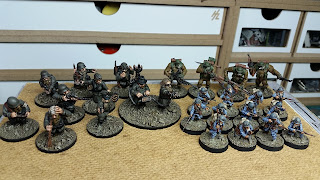