Quite a while back I picked up the Terminator game and as usual it was sat around for a while not doing a great deal, until quite recently! 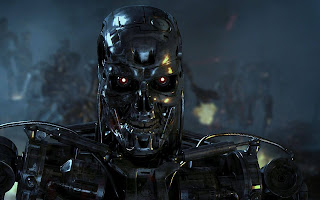 I've managed to get a few games under my belt and ran an into night at the Leicester Phat Cats and over all went down really well,

I ran the guys though a basic game and once they had got the hang of the system, I went in deep with all the toys! 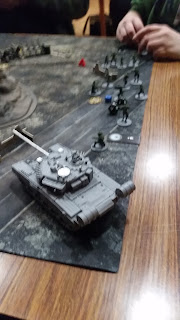 the spider tank was the talk of the town! 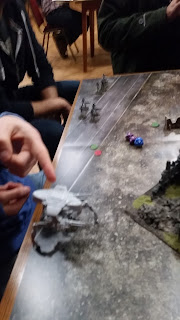 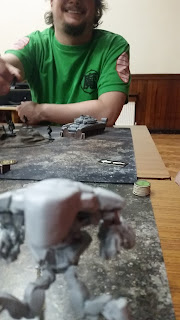 as I had that many people wanting to play I combined two mats and went for it! 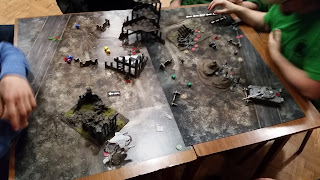 Gameplay - The system plays really fast rather than activating one unit or side at a time you roll the fate die and that determines how many models you can activate, If you roll fate then the die goes to the other side which is a nice little touch, this does force your hand with some actions if your wanting to get a particular model to activate first. Like the tank with the massive gun!

Every model has a skill level that is repersented by a certain dice and your target number to hit depends on the range that your at, rather than each weapon having differant ranges you have 4 range bands and each one has a target number to hit. Its as simple as that!

Once you hit then the weapon has a power level again repersented by differant dice so a plasma rifle and grenade launcher are completly different power wise you then roll over the armour of the target to destroy it or if you fail to kill then a resalution check is made and if you get over a certain number your safe if not various effects can take play, the target number stays the same again the dice will depend on your models training,

Lastability - at the moment you only have two factions so not a great deal of choice but that means that you don't have massive lists of various factions, in the box game you get lists for the machines and the US resistance, however I'll simply use the US rules with either UK or Russian models for a differant look and feel.

Models - The models that you get in the box are a bit of a mixed bag and I'll explain why, The machines are nice and paint up really nice with a minimum amount of effort, the humans on the other hand are "ok" loads of differant combos with the weapons that they can drag around but they are like marmite and you either love them or hate them! as models they are ok nothing to get excited about to be honest.

Within the rule book you've loads of options for fliers, tanks and specialist models but as it currently stands only the spider tank has been released so far armour wise as well as some other infantry models, 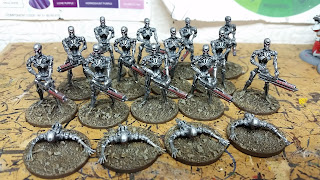 The machines! the crawlers are actually used within the game so are quite a nice touch! 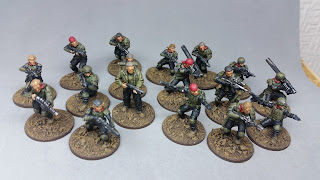 The resistance, with an old man in the group, 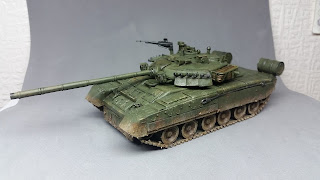 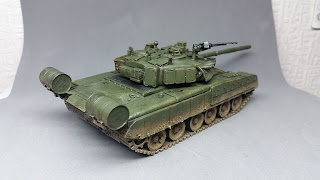 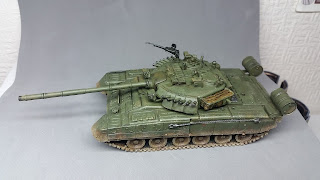 Empresses minitures T-80, lovey bit of kit and a joy to paint, you can order yours here... 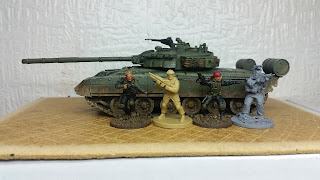 And no doubt people are going to ask about scale and all that jazz, so mantic marine, terminator human and specture model so you get a general feel of the size.

So back to the game, yea I like it its a good crack and if your into the films then its a no brainer, would I play this all the time, probely not unless I had a few differant people to play against and more factions got released along with a hunter killer gunship and tracker unit ;)