So after the test model I figured I'd better crack on with the actual army...
So this is the first unit of my Dark Eldar I also managed to make it onto the from of the Heresy forums with the step by step guide which I was quite chuffed with and been asked to do more step by step's which I'll be doing for Spencers next "Challange Ant"
Anyway onto the pictures... 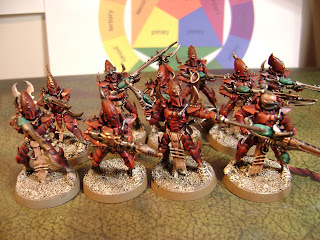 I've done the crystal chambers in a jade colour to break up the gun and to pratice painting that colour as Spencer has given me a really cool idea that I might just have to steal ;) 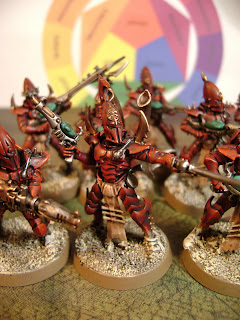 Unit leader with power weapon or agoniser depending how flush I'm feeling, I really like the sculpt of the head as it reminds me of a dire avenger
So the "friends" I finially got round to finishing the extra members of the noise marines to take them up to the fluffy 6 man squad and Lucius never tried him on the tabletop but always liked the model. 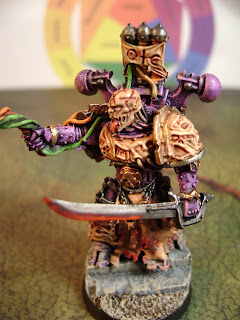 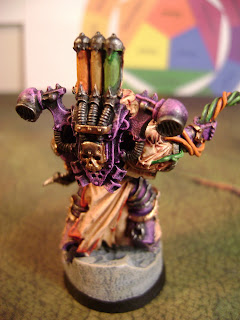 So all I've got a little bit left for the chaos so shouldn't be long before it's finally finished off, I'll have to sit down and work out the points at some point but I must be approaching 4ish thousand!
Anyway time to crank out another unit of warriors... ;)
Posted by Anton at 18:20